Benzodiazepines are a class of drugs used to treat anxiety, insomnia, and minor seizures by producing a depression effect on the central nervous system. Ativan or lorazepam also belongs to this category of drugs and may create dependence in long-term use; a patient taking this medicine must be kept in strict supervision.

The focus of this article is to elaborate on the adverse side effects (both long and short term) this drug may have on the user.

People who continuously use Ativan may experience adverse side effects with either short term or long term use. The DEA classifies Lorazepam as a Schedule IV drug, meaning it has a low risk for addiction. However, if the drug is abused or taken outside of a doctor’s prescription or supervision, a user may develop an addiction and suffer negative, sometimes dangerous, side effects. When trying to quit the drug, withdrawal symptoms are likely to appear.

One can experience lorazepam side effects regardless of the dosage. It is vital to be aware of the adverse effects and talk to the doctor if any of them appears.

Following the initial few doses, the patient may feel symptoms such as blurred vision, sleepiness, and clouded thoughts to have their anxiety suppressed. Over the course of the prescription period, the patient may also suffer other Ativan side effects, including:

Those patients are at a higher risk of facing the adverse side effects of Ativan if they attempt to extend their medication dosage without consulting with a doctor first.

When a person uses the drug for the long term, they can increase the severity of the Lorazepam Side Effects. Long-Term Adverse Effects Include:

Most of the patients discover that they have no energy throughout the day when they are awake. As the medicinal effects of the substance become settled in the body after long term use, it primarily affects the brain and the entire metabolic system, leaving a patient with low energy throughout the day. But the effects are most prominent in the morning when the patient initially wakes up. 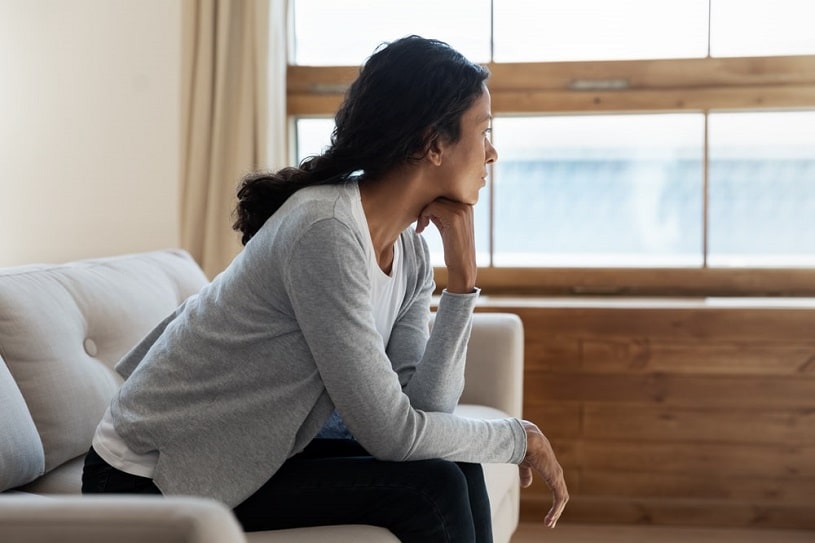 Individuals may also find themselves sleeping for most of the day. The drug induces sleep, and long term patients may not be able to help themselves. As the body already feels low on energy due to slow mental activity and metabolic rate, sleeping throughout the day is a common side effect for long term users.

The patient may also appear to be delirious and may also experience confusion. As the brain is already struggling to fight off sleep and keep the body up, the drowsiness and cloudiness may cause the patients to be unable to think straight.

Long-term Ativan side effects may also disrupt a patient’s mental capability to think straight, and unfortunately, these symptoms may persist even after a patient has stopped taking the drug. Sadly, this tends to affect elderly patients more severely in comparison to younger patients.

The drug abuse can result in a chemical imbalance in the body and the brain, which results in increased tolerance for the drug and makes a patient dependent on it physically and psychologically.

Effect of Ativan on Weight

Among the other side effects of Ativan, two common side effects include weight loss and weight gain, which vary as per the term of use. In the short-term, the drug results in the loss of appetite and causes weight loss alongside. It is common to observe patients who have been taking the drug for a short period suddenly lose weight.

But in long-term use, users are more likely to gain weight as the drug acts as a depressant for the central nervous system, which causes not just the brain but also the rest of the body organs, and consequently, metabolism to function slowly. The slow metabolic rate results in the patient gaining weight and may cause digestion problems as the digestive system is also slowed down, causing it to perform poorly.

The patients must avoid combining Lorazepam with other drugs irrespective of how low the dosage is.

Patients with a history of alcohol abuse need to be extra cautious or kept under strict supervision as there have been reported cases of patients abusing the drug with alcohol to diminish the effects of alcohol. Lorazepam produces increased CNS-effects when used in combination with other such depressants or alcohol, leading to a higher degree of alcohol abuse.

In several cases associated with Lorazepam overdose, it was discovered that the drug was abused in combination with alcohol.

The Combination of Ativan with Alcohol Has Resulted in Serious Symptoms, Including:

The use of Ativan in combination with other benzodiazepines may result in fatal respiratory depression. This is because it diminishes the tolerance for other CNS depressants as well as for alcohol. Patients who have a history of drug abuse may have the potential to develop abusive addiction to Ativan.

In Any Case, Experts Suggest Not Using the Substance in Combination With the Following Drug Classes:

Ativan and Breastfeeding or Pregnancy

Ativan is a category D class medicine for pregnancy. It is strictly prohibited during pregnancy, especially during the first trimester, as at that time, the fetus is extremely vulnerable in its developmental stage. There have been slightly higher-than-average risks of congenital disabilities reported with Ativan use. Along with that, there is a well-associated risk of postnatal complications for infants. Lorazepam is also known to be associated with a higher than average risk of cleft palate, including cleft lip in newborns, according to the National Institute of Drug Abuse USA. 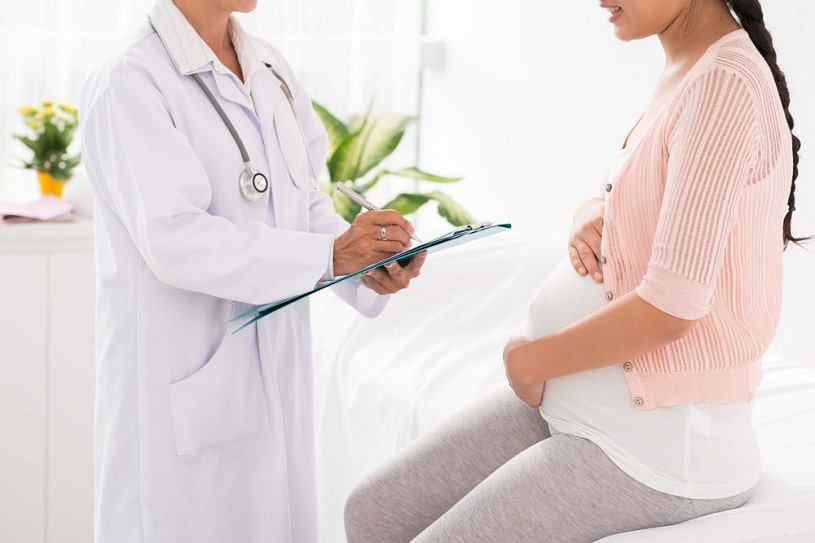 Ativan is also not recommended for nursing mothers since it can be detected in breast milk. However, in rare cases where the potential benefits to the patient outweigh the potential risks to the infant, Ativan is administered under strict guidance and supervision of the doctors.

Ativan is prescribed for a short period of over 1-3 months under small doses of 0.5, 1, or 2 mg tablets to treat anxiety attacks or the conditions defined previously. Daily recommended dosage may vary from 2-6 mg in divided doses (depending upon the patient’s condition), with the largest dose taken before bed. 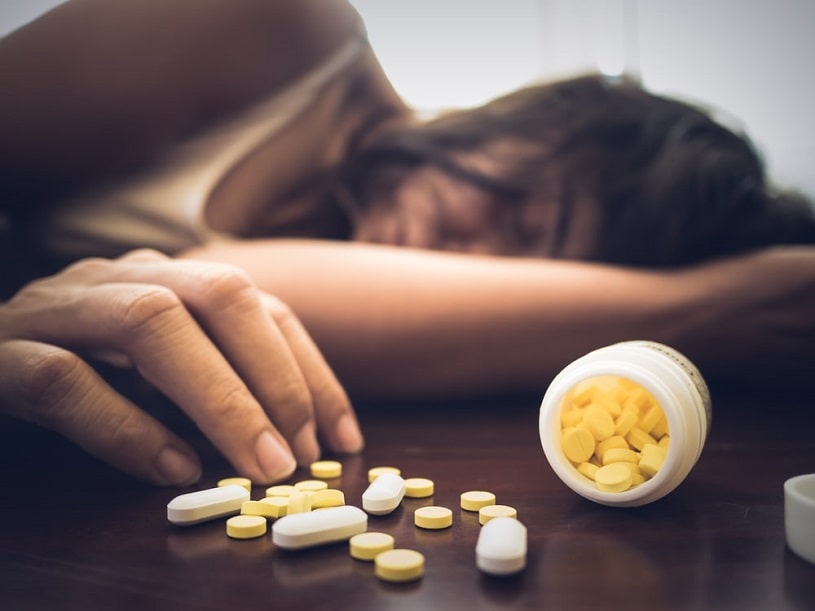 Ativan is not meant for long-term use and patients, and once the treatment period has expired, the patients should consult with their doctor for an alternative treatment. In case of an overdose, it must be kept in mind that multiple agents may have been involved as it predominantly occurs in combination with alcohol or other drugs or substances.

Lorazepam overdose may manifest itself with a varying number of CNS depressions that may ultimately result in death.

It May Start With:

But in case there were other drugs, alcohol, or substance involved, the symptoms may include:

In case a patient has overdosed on Ativan, Flumazenil (Romazicon®) is the drug used as Lorazepam antidote, which must be administered intravenously by a trained professional (nurse, or a doctor).

Though effective in treating certain medical conditions, lorazepam is contraindicated in some patients, who, consequently, must not take Ativan.

Ativan is Contraindicated in Patients With:

Due to a few primary risks associated with Ativan, doctors also prescribe alternate treatment to patients who may have better alternatives available or for whom the use of Ativan may not be suitable. Lorazepam warnings must never be overlooked and considered seriously for the sake of the patient’s health.

Concomitant use of Ativan may increase the risk of drug-related mortality. If prescribed to patients susceptible to sedation or respiratory depression, it must be prescribed in the lowest effective dose with the patients kept under strict watch. It is best not to prescribe Ativan to patients already prescribed with opioids considering the health risks associated. Further, the patients must avoid using other CNS depressants and alcohol in combination with Ativan. Furthermore, they or their caregivers must keep an eye out for any signs of respiratory depression or sedation.