What Are Whippets? Nitrous Oxide Whippets Abuse And Addiction Risks

Whippits, one of the types of inhalants, are small canisters of Nitrous oxide that are used as a recreational drug. This easily accessible inhalant is widespread among adolescents and young adults. According to the Substance Abuse and Mental Health Services Administration, in 2015, around 684,000 adolescents in the United States used inhalants such as whippits. Although the substance, nitrous oxide, is safe for medical use, it becomes a dangerous one when used as a recreational drug. According to a study published in the Oxford Medical Case Reports, abuse of a whippits drug could lead to paralysis and death.

In this article, information about what whippets are, do whippets kill brain cells, whippets’ short-term and long-term side effects, whippits abuse and addiction, who are most at risk of being addicted to whippits, and how to treat whippets drugs addiction safely and effectively will be provided.

Nitrous oxide, commonly called laughing gas, is often abused recreationally in the form of whip-its. These are small metal canisters of the gas that are intended to be used as aerosol chargers for whipped cream dispensers. However, they are frequently misused because of the quick euphoric effects they produce when inhaled deeply from a whip-it balloon.  Nitrous oxide is a colorless, non-flammable, sweet-tasting gas that is non-toxic at low concentrations. It occurs naturally and can be manufactured in the laboratory as well. It is a frequently used gaseous anesthetic. The primary commercial use of this gas is as a propellant in aerosol sprays.

Some may be wondering, are whippets illegal? With regards to the whippits drug classification, the DEA scheduling status for Nitrous oxide in the United States is an unscheduled drug, illegal for recreational use.

Human beings have abused addictive inhalants for centuries. The use of Nitrous oxide as an intoxicant can be traced back to the early 1800s. The gas was discovered in 1793 by scientist Joseph Priestley. The name “laughing gas” was coined in 1799 by a chemist called Humphry Davy. Davy described inhaling the gas as a state of ideal existence and began encouraging his friends and family to share the intense experience.

Nitrous oxide began to be used as an anesthetic in dentistry around 1840. Until the late 1970s, misuse of this substance was limited to medical professionals. In more modern times, Nitrous oxide whippets drug has gained popularity as a substance of abuse, mainly among young adults. 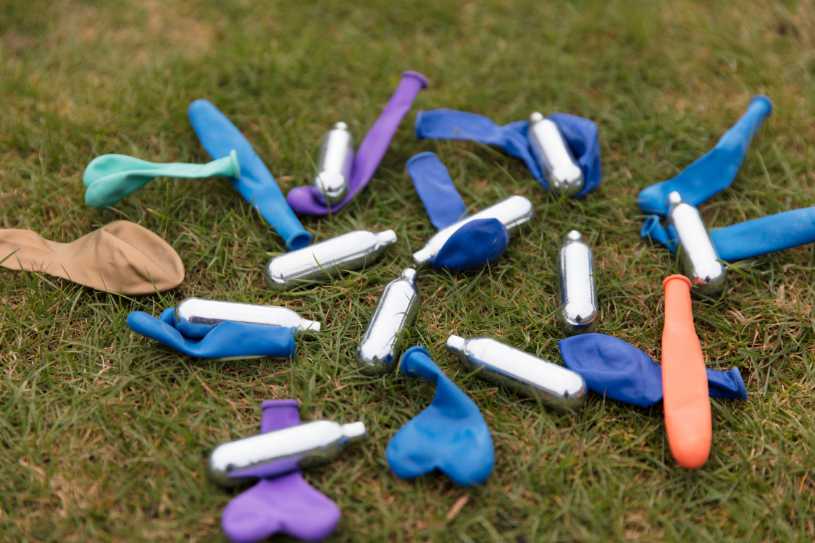 What Do Whippets Do?

According to the Journal of Emergency Medical Services, there are three essential effects of Nitrous oxide whippets in the body: analgesia, anesthesia, and anti-anxiety. It is believed that the analgesic (pain-relieving) effect of Nitrous oxide is mediated through opioid receptors in the brain. In fact, according to a medical doctor from Scotland, 30 percent N2O is believed to be as effective as 10-15 mg of morphine. Scientists believe that the anxiolytic effect of Nitrous oxide is associated with benzodiazepine mechanisms in the brain. This is mediated through the stimulation of GABA receptors. Dentists routinely use low concentrations of N2O to produce moderate sedation before dental surgery in anxious patients. People who abuse a whippits drug may become addicted to the drug because of the feeling of well-being that it provides.

Are Whippets Bad For You: The Dangers And Side Effects

Some may be wondering, are whippets bad for you? As said, even though Nitrous oxide is safe and appreciated in the medical field, whippets drugs addiction and abuse poses a threat to health. According to a report published in the International Journal of Environmental Research and Public Health, 77% of Whippits users are not aware that whippits drug causes dangers to their physical and mental health.

Short-Term Side Effects Of Whippets Drugs

Whip-it drugs cause short-term effects and although these may last for a short period, whippets drug abuse may lead to danger. According to a study published in the Journal of Psychopharmacology, the most common short-term physical effect of Nitrous oxide is tingling.

The Other Physical Short-Term Effects of Nitrous Oxide Include the Following:

Aside from the physical inhalants effects, whippits drug also alters the mental health of the user. According to a report by medical doctors from Macedonia, the most common short-term psychological effect is dizziness.

Other Short-Term Psychological Effects Include:

Take note that there are also substances that must not be combined with Nitrous oxide. For example, mixing alcohol and inhalants causes severe adverse reactions that could lead to death. In case of emergency, seek emergency medical help as soon as possible.

In addition to the above-mentioned immediate and relatively short-term effects, repeated use of the whip-its drugs can lead to long-term effects that can damage the different organs and systems of the body. Take a look at the following information:

According to a study published in the British Journal of Anesthesia, if Nitrous oxide is used medically, it may cause minimal respiratory disturbances. However, if it is abused and misused, it can cause respiratory arrest, especially in patients with pre-existing health conditions such as epilepsy and cardiovascular disorders. According to medical professionals from Bangladesh, the use of a whippits drug may cause pneumothorax, a collapsed lung condition.

According to a study by medical doctors from the United Kingdom, Whippets drug abuse may cause cardiovascular dysfunction such as increased blood clotting, endothelial adhesion, atherosclerosis, and vascular responses alteration. In the same study, it was reported that all these cardiovascular problems could lead to a heart attack.

According to a study by medical doctors from the USA, Nitrous oxide causes vitamin B12 deficiency. Eventually, this can cause bone degeneration, anemia, bone marrow depression, and spinal cord injury. Additionally, for those who are wondering, do whippets kill brain cells? In the same study, the answer is yes. Whippits kill brain cells and this leads to peripheral neuropathy and memory loss. Furthermore, it was stated that those with gastrointestinal disorders are most at risk of these long-term effects.

Liver, Kidney, and Other Organs

In addition, the National Institute on Drug Abuse (NIDA) lists permanent liver and kidney damage, hearing loss, nerve damage, and developmental delay as some of the long-term health effects of Whippets drugs addiction and abuse.

Physical addiction and abuse of inhaled nitrous oxide are rare, but not impossible. It is, however, possible to become psychologically addicted to the effects of the whip-it drug.

According to the Global Drug Survey, in 2016, Nitric oxide has become the seventh most abused recreational drug globally. As this substance causes dangers to the health, it is a must to know what are the signs and symptoms of Whippets drugs addiction and abuse and who are most at risk of this abuse.

Signs and Symptoms Of Whip-Its Abuse And Addiction

Since the use of Whippits has become prevalent in society today, it is a must to be familiar with the signs of Whippets users. Some of the physical signs and symptoms Whippets drugs addiction and abuse include:

According to a study by medical doctors from Spain, the most common physical sign of whip-its use from the list above is the bright eyes, with a prevalence rate of 99%. Furthermore, there are also psychological signs and symptoms of Whippets drugs addiction and abuse. Some of these include the following:

In case someone is suspected to be abusing whip-its drugs, it is advised to seek emergency medical help as soon as possible. There is also a medical drug intervention which users may consider for safer and effective weaning off the substance. 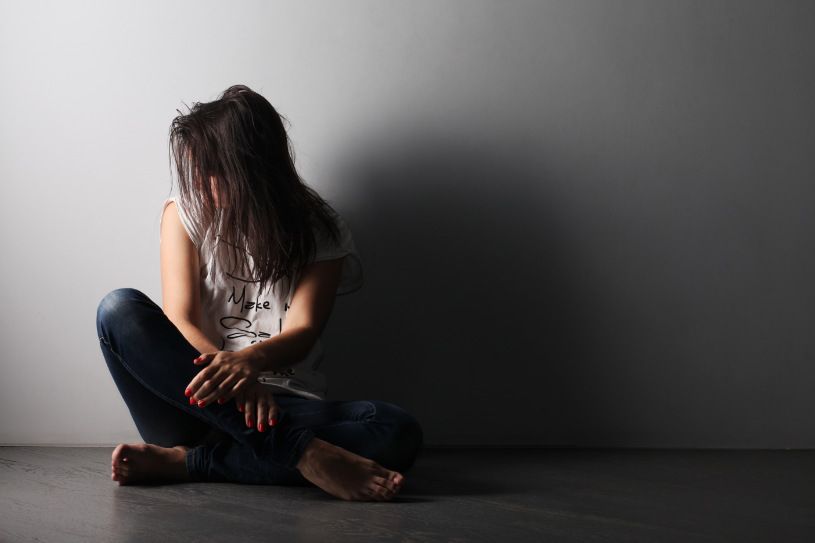 Who Is Most At Risk Of Whippits Abuse

A demographic group that is at high risk of whippets drug abuse consists of students and young adults who use it as a party drug. Along with other inhalant abuse such as gasoline sniffing, it is popular among young people because it is widely available, easy to use, easy to conceal, and relatively inexpensive. The prevalence of whip-its drugs use was demonstrated by a 2015 survey by the Substance Abuse and Mental Health Services Administration (SAMHSA) where more than 1 million teenagers between the ages of 12 and 17 admitted to using nitrous oxide whippets at least once in their lifetime.

Among adults, SAMHSA data indicates that 5 percent of people above the age of 26 report lifetime use of nitrous oxide whip-its. Another group that is likely to be doing Whippets drug abuse is people with a history of drug abuse. Furthermore, certain occupations are at risk of inadvertent chronic exposure to nitrous oxide, including dental workers, medical personnel who work in surgical suites and recovery rooms, and people who work where N2O cylinders are stored.

How Many Whippets Is Too Many: The Risks Of Overdose

Nitrous oxide is safe when it is used in a controlled medically setting. The doses used in a dentist’s office are several times smaller than anything that can cause complications. However, when people abuse whip-it balloons or dust-off for recreational use, there is a risk of overdose. A safe dose has not been established, and there is no antidote for N2O poisoning. Even a few minutes of continued exposure can prove toxic. According to a report published in the BC Medical Journal, using 10-12 cartridges of Whippets per day may compromise the health of the user as this can lead to whippits overdose.

Some of the Signs and Symptoms of Overdose Include:

In case of whippits overdose, immediate supportive measures must be done. Call the nearest poison center and seek emergency medical care as soon as possible to avoid dangers to the health, including death.

When used in a supervised setting under the care of a medical professional, nitric oxide is a very safe inhalational anesthetic. However, recreational whippets drug abuse can be potentially hazardous, resulting in hypoxia (lack of oxygen), severe hypotension (low blood pressure), unconsciousness, overdose, and death from asphyxiation. People who are dependent on N2O continue using it despite being aware of the damage it can cause to their health. Besides, they may be unsuccessful in quitting the whip-its drugs when they try to do it without professional help at an addiction rehab center.

There are also other dangerous inhalants, and some addicts can practice glue huffing or huffing paint, and substance abuse treatment professionals are well versed in helping people overcome these challenges, including addiction to nasal spray. That’s why it is crucial to treat drug abuse with the help of specialists.