LSD Overdose – What are the Symptoms? Is it Lethal? 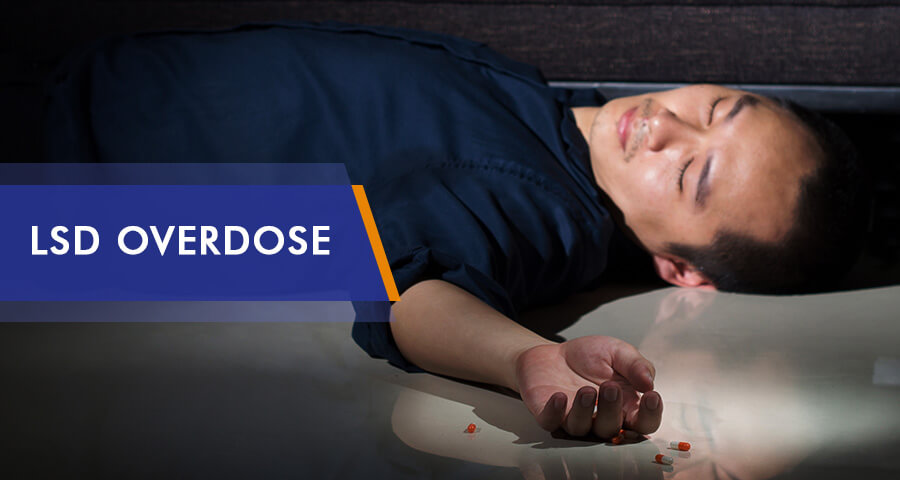 In most cases, LSD overdose happen when people take too much of it. Once ingested, the body rapidly absorbs it into the bloodstream. Then, the blood flow will help it reach the brain. It is available in the form of oral pills, capsules and occasionally liquids.
LSD (D-lysergic acid diethylamide acid) is a powerful hallucinogen. It means it can result in hallucinations after user takes it. Furthermore, the chemical may have effects long after the initial “trip”. Users call them “flashbacks”. In fact, these things can occur for months or years after the hallucinogen use.

Presently, it has no known medical use. Notably, overdoses can be attributed to recreational use. Because it is inexpensive, drug abusers are more likely to overdose on it. Unfortunately, Both intentional and accidental overdosing are possible. Non-medical or recreational use of LSD is considered an abuse. Purchasing, selling or possessing can be legally prosecuted.

Once user takes it, it starts to show the effects within an hour. The symptoms reach their peak after about 2-4 hours. Then, it may last for up to 12 hours after that.
The early signs may include:

A set of potentially dangerous symptoms may occur. These include:

Indeed, the symptoms may become more severe when one uses LSD with other drugs or alcohol. 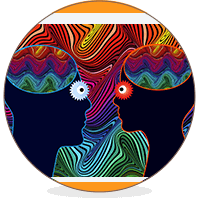 LSD is structurally similar to one of many potent chemicals in the brain (neurotransmitters). Scientists call it serotonin. Being that, LSD disrupts the normal function of the serotonin system in the brain. As a result, it leads to altered thinking, perception, mood and emotion. That being the case, this is where users get the hallucinations.
Similarly, it also affects the areas of the brain that release Norepinephrine. This is another active neurotransmitter. It has a central role in regulating blood pressure, breathing, heart functions and body secretions like sweating.

Therefore, LSD overdose symptoms can range anywhere from fear and euphoria to loss of breathing ability. Consequently, users may pass out from the lack of oxygen to their brain.

The strength of samples obtained from illicit sources ranges from 20-80 mcg of LSD per dose which can be easily bought on the streets. This is according to the US Drug Enforcement Administration (DEA). Normally, most abusers get the high they want with a dose of 50-200 mcg.
Understandably, one dose of LSD is enough to produce the symptoms on the body and the mind.

Why LSD Is Popular Among Drug Abusers?

At any rate, Americans seem to have some sort of fetish for LSD. In 2010, 6.4% of young Americans aged 18-25 years had used it at some time in their life. This is according to a report from the Substance Abuse and Mental Health Services Administration (SAMHSA).

Oddly enough, there has been no reports of case of death due to LSD overdose. Scientists estimate that a lethal dose is 14,000mcg. Understandably, massive doses should be taken to overdose. Reports also indicate attempts of suicide by ingestion. However, they did not result in death, just hospital visits.

Presently, there is no known antidote to LSD.

However, there are treatments that will address the various overdose symptoms. Fortunately, an immediate treatment produces successful results in almost every case of overdose.They include:

How To Help Someone Having LSD Overdose?

Do someone nearby have LSD overdose? Call local emergency number 911. Or call the national toll-free Poison Help hotline. It can be reached it from anywhere in the United States to get the LSD addiction treatment consultation.
Looking for professional medical help for addictions? Talk to experts nearby.