How Long Does Adderall Stay in Your System?

Addiction Resource » Drugs » Adderall » How Long Does Adderall Stay in Your System? 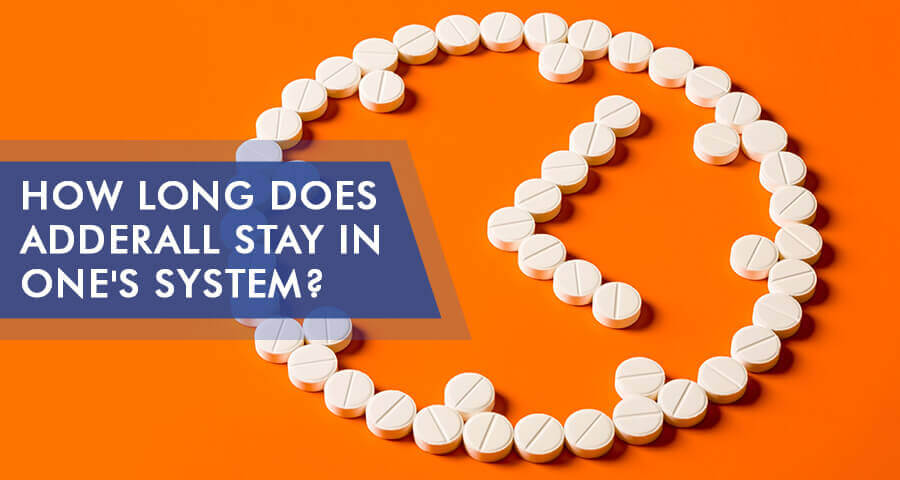 Adderall is a prescription medication administered to adults and children who have attention deficit hyperactivity disorder (ADHD). Since it is a potent stimulant, people also use this drug to enhance productivity and alertness. However, it might negatively affect the body system as it influences all the organs. There are two variants of this stimulant; Adderall IR (immediate-release) and Adderall XR (extended-release), with different periods of half-life. Why does this matter, and how long does Adderall stay in your system in both variants?

This article provides extensive information on the prescription medication elimination mechanisms, the various detection tests associated with the medication, and how to remove all its metabolites from the system. It also provides answers to the frequently asked question; how long does Adderall stay in your system.

The question, how long does Adderall stay in your system, can be answered by understanding Adderall half-life. There are two variants of this medication; the immediate release Adderall IR (tablet) and the extended-release XR (capsule), which is differentiated not only by appearance but the mechanism of action. Following ingestion, Adderall IR peaks after 3 hours. In contrast, XR takes about 7 hours. This notwithstanding, Adderall half-life is almost the same for both variants, lasting between 9 and 14 hours in one’s system. FDA guides on this medication state that the Adderall half life in adults ranges between 13 to 14 hours and 11 hours in children within the age range of 6 to 12 depending on a weight basis.

Adderall IR can be taken a few times in one day due to its short-acting period. In contrast, the Adderall XR is taken once and has a longer-acting period, slowly releasing various drug concentrations throughout the day.

What Factors Influence How Long Adderall Stays in the System

How long does Adderall last? If one is interested in knowing how long Adderall stays in the system, the answer is, it all depends. Several factors determine this duration. 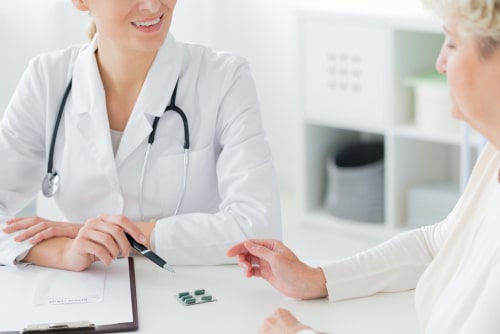 Some of Them Are:

Amphetamines have a very high tendency for misuse, and depending on the frequency of use. The substance has a very high possibility of showing up on a substance abuse test. There are various ways to check for the presence of Adderall in one’s system, such as urine, blood, hair, and saliva.

Employers have an obligation to comply with workplace safety measures, one of which is to design a drug-free workplace. To facilitate this, they conduct regular tests as part of their pre-employment regulations, periodic and random tests to deter the use of addictive substances, and occasionally testing employees upon reasonable suspicion. So, how long does Adderall last? The presence in the system and abuse can be examined through the following types of tests.

How Long Does Adderall Stay in Urine?

This type of drug testing is suitable for all scenarios, from pre-employment to post-accident. Through this, one can detect new or recent substance use in the system for up to 3 days from the last dose. Urine is the only federally-mandated specimen for testing the substance in the safety-sensitive workforce. It gives a fairly accurate estimate that addresses the query on how long Adderall stays in urine does. Let’s look at Adderall urine test detection time. 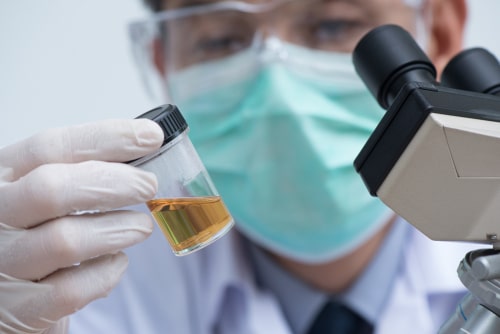 Depending on the quantity of the substance one takes, how long the medication stays in urine can have varying answers. On average, a urine test can show positive results for approximately 2 to 4 days following ingestion.

According to findings from the National Highway Traffic Safety Administration, chronic users of the medication can test positive in urine samples for up to 7 days.

How Long Does Adderall Stay in Blood?

To help one analyze drug usage for the employees, a blood test can be conducted and is one of the most efficient Adderall drug tests. However, this test is effective within 12 to 24 hours after the medication intake. It is not recommended for a longer duration than before, and after that time limit test is unlikely to show a positive result.

The immediate-release variety has higher bioavailability. After immediate ingestion, it produces peak plasma concentrations in the body in just 3 hours. On the other hand, Adderall 10 mg XR variety produces a peak concentration in the plasma 6 hours after ingestion.

How Long Does Adderall Stay in Hair?

The longer detection window hair testing enhanced its appeal. Through this testing type, one can detect a medication use history of up to 90 days in the body. However, hair testing mainly shows a pattern of use as opposed to recent usage.

It is not easy to adulterate the collection of samples for testing or cheating on substance use by quitting Adderall before the test.

However, the hair test for Adderall is not very reliable in the short-term perspective as it does not show the substance traces if the medication was consumed less than seven days ago.

The decomposition of this substance in the body results in several metabolites. Tests were done on hair showing traces of this medication even a month after taking the last dose. On average, drug traces are removed from the hair within the 90-days period.

How Long Does Adderall Stay in Saliva?

This screening method is commonly utilized and helps detect substance use in one’s system within 24 to 36 hours after ingestion. Employers administer oral fluid collections under the direct watch of a test administrator. This reduces the chances of donor tampering.

On average, tests conducted show that the substance can stay in saliva for up to 24 hours. The Food and Drug Administration is yet to approve saliva tests to establish this substance in the body. However, saliva drug tests are possible. 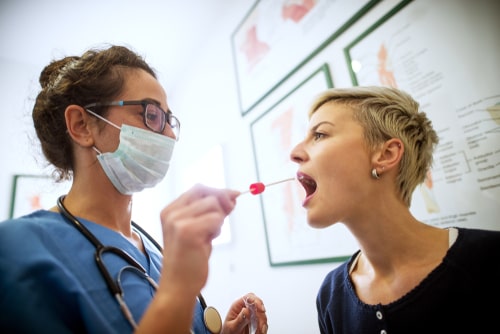 How to Eliminate Adderall From System?

A first step to eliminating the medication from the system is to discontinue the drug; this may be quite challenging for an addict. Once a person is taken off the pill, the detox process can begin to clear the substance from the body. This largely depends on the detox procedure. This notwithstanding, one can facilitate the elimination of this substance from the system post-administration. Below are a few ways to do this.

Sadly, addiction is a life-long ailment; the good news is that it can be managed, and an addict can live a perfectly normal life. The best and easiest way to eliminate it from one’s system is to contact a professional. This kind of help and treatment is offered by rehabilitation centers where evidence-based therapies are put to practice.

The first line of treatment is the detox process, which may involve administering counter medication to help cleanse the system of the substance and curb withdrawal effects; this medication can be on-site or off-site. Other management programs for substance abuse, such as cognitive behavioral therapy and contingency management, are an extensive learning program on managing triggers. Dialectical Behavioral Therapy (DBT) helps individuals regulate their emotions through positive change, mindfulness, and building better health and strong relationships with people. Anything short of contact with a professional may increase addiction and relapse potential.

Many Adderall and drug test candidates prefer a safe stay-home technique to clear the substance off their system, though, for addicts, addiction treatment is critical and should be conducted by a medical professional. However, steps can be taken to eliminate Adderall from the system slowly over time.

This is one of the natural ways on how to get Adderall out of the system. Instead of an abrupt withdrawal that may come with undesirable symptoms, the best approach is to slowly wean off under medical supervision. Reducing the dosage over time can fight off dependency and Adderall addiction.

Water is very effective in eliminating this stimulant from the body, mainly because of its solubility. The higher water content in the body prevents the substance from being stored in fatty tissues. Water intake also helps to dilute saliva and urine, thus decreasing the concentration of the substance together with its metabolites. 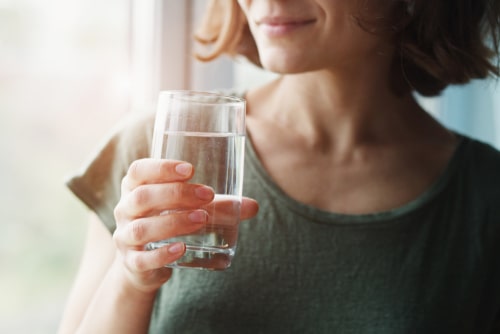 Science has a rule that the more acidic urine is, the faster the substance will leave the system. Vitamin C helps in acidifying the urine, thus eliminating the substance from the body. One can go for vitamin C supplements or natural juices immediately after intake.

Getting Help With Removing Adderall From System

One should know that quitting this medication on their own can be such a challenge because of the withdrawal symptoms and other side effects of the substance. Instead of quitting cold turkey, which may increase addiction, get information, and help from a doctor or contact experienced professionals because drugs like amphetamine can be dangerous to quit abruptly without special treatment.

People addicted to the stimulant have a wide range of management options, including addiction rehabilitation centers for those with longer abuse histories. In addition, some practitioners may suggest l tyrosine for Adderall comedown and withdrawal symptoms.

It is possible to get relief through cognitive behavioral therapy sessions combined with other treatment modules. Every patient deserves a tailored drug addiction treatment procedure that works for them.
Sources
Share: