Adderall vs Vyvanse are often compared because they both are stimulants of the nervous system. They also are both prescribed as medication for the treatment of Attention Deficit Hyperactivity Disorder (ADHD). In recent times Vyvanse and Adderall were considered something of a miracle for those with ADHD. However, as the medical professionals have learned more about them, and abuse of these drugs has become widespread, people are now rethinking their use. Now, doctors and patients are exploring Adderall alternatives, both natural and pharmaceutical.

Why Should One Look For Adderall Alternatives?

Despite the fact that amphetamine-based medication is now known to be less safe than originally thought, it is still prescribed to millions of Americans every year, including children and adolescents. While there are alternatives to Adderall, doctors tend to stick with what they know. Despite its risks, they know that the drug is effective at managing ADHD—and rather more so than most of its substitutes; however, this is often to the detriment of their patients. 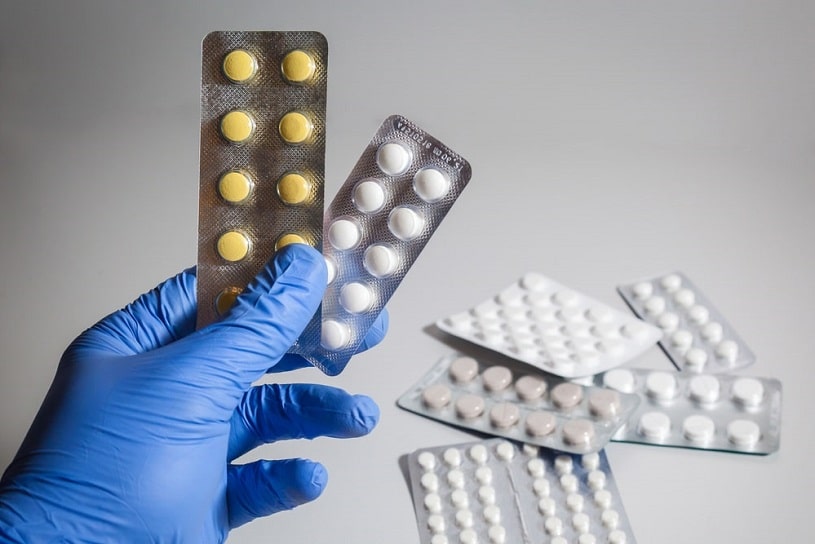 The primary problem with Adderall is it produces feelings of euphoria by flooding the system with dopamine. This tends to make it appealing to those without ADHD and push the individual further to use more of the medication. Eventually, a physical dependence can develop, leading to abuse, tolerance, and Adderall overdose.

If addiction is suspected, substance abuse treatment will be needed, and this is indeed the case for those also taking the drug for treating ADHD, where substitutes for the drug will need to be used to manage the condition.

Why are Vyvanse and Adderall Compared?

Being derivatives of Amphetamines and both used to treat similar disorders, it is of medical importance to understand their reactions to effectively answer questions such as the differences between Vyvanse and Adderall, likewise the comparison of their side effects.

Both medications increase the chemical levels of dopamine and norepinephrine in the brain. This reaction controls impulses and enables one to stay focused; this makes them effective for ADHD symptoms.

Their Side Effects Are Similar as They Both Present With:

The disparities of Vyvanse vs Adderall are quite significant as both medications differ in ingredients, mechanisms of action, and drug interactions. Here is some information about notable differences between them.

Which of Them is More Effective or Addictive?

The strength or potency of Adderall or Vyvanse is hinged on a few factors, such as the recommended dosage; however, effectiveness favors the first medication.  This is because of the compounds’ immediate release after ingestion compared to the time taken for conversion in the later before its effect can be felt in the system.

Both medications can cause weight loss in users generally; however, they cannot be used as a remedy for weight loss. The FDA and National Institute of Diabetes and Digestive and Kidney Diseases do not include any of these drugs into the list of prescription medications approved for overweight and obesity treatment.

Vyvanse vs Adderall for studying is a common comparison as both medications are equally effective for ADHD symptoms. Preference may differ between individuals due to diverse biological systems; the better option for ADHD can only be determined by a medical professional.

Also, Adderall vs Vyvanse equivalent dosage and the difference between both for alternative dose units can be confirmed using its equivalency rate. This is necessary for users who would like to make a switch. 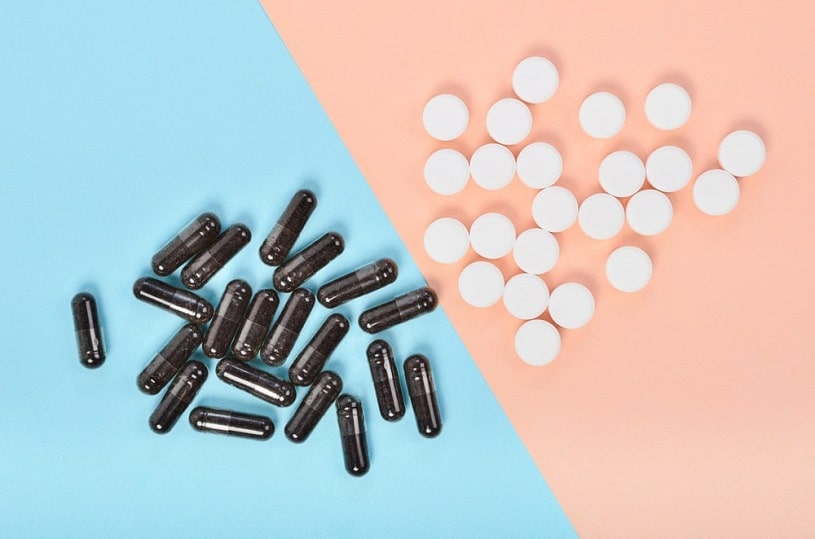 How to Switch from Adderall to Vyvanse and Vice Versa?

There are numerous reasons why a user might need to switch stimulant medications. Vyvanse versus Adderall for symptomatic ADHD would provide one with the best results on drug suitability. Often time’s users feel hooked on the drug or experience Adderall hair loss and require other options.

For some people, it might be the price variations. In other cases, reasons for switching may include the side effects of the medication.

Making a switch seems a little dicey at first, especially when a patient has been on specific medication for a long period of time. Biological tolerance varies from one person to the other, so does the effect of these drugs. One might want to stop Adderall abuse due to its adverse effects and undergo treatment for drug addiction or change medications.

It is imperative to stick to medical instructions to avoid abuse, which can only be corrected at a specialist facility for addiction treatment. No switch can be made without a doctor’s prescription, even if the individual used to take the drug they want to switch to.

It is advisable to go for a heart check-up before making a switch, as both drugs have the capacity to cause heart problems such as a stroke, short breath, and high blood pressure. Consult a  doctor as effects may vary from one person to the other.

Is Taking Adderall and Vyvanse Together Safe?

The answer is NO. Both stimulants present with similar side effects, according to the Berman and Kuczenski study on potential adverse effects of amphetamine treatment on the brain, which can become extremely heightened in combination. Possible consequences may include moodiness, anxiety, aggression, insomnia, high blood pressure, and others. One might try to mix these two medications to either achieve a better result or to suppress the effects of one or the other. This is a risk and should not be attempted.

Both medications are highly efficient in the treatment of ADHD. They have similar side effects, and their major differences are how often one can take them and their addictive potential.

What Are Other Drugs Similar to Adderall?

While the stimulant may be the most commonly known drug for treating ADHD, there are numerous pharmaceutical alternatives. These replacements or substitutes should never be taken without a prescription from a doctor and should be researched by the patient. Any drugs similar to Adderall have potential problems. 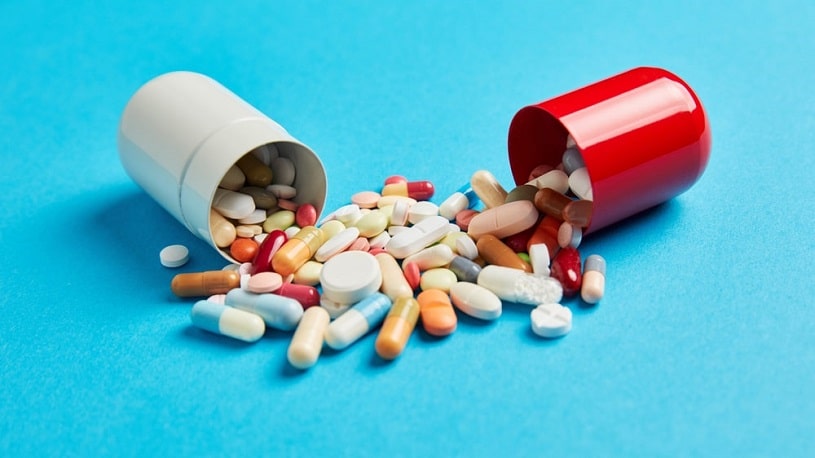 Below are Some Commonly Known Substitutes:

The difference to note is that Ritalin uses methylphenidate as its key ingredient. When comparing methylphenidate with Adderall, keep in mind that both are known to be addictive and are used recreationally. However, Ritalin is not an amphetamine, which makes addiction less likely.

Looking at Concerta and Adderall comparison, note that both Concerta and Ritalin drugs use the same active ingredient — methylphenidate. The differences between the two drugs come down to strength and dosing frequency. Concerta, for example, only comes in extended-release formulas while the other drug has extended and instant release options.

When looking at Provigil vs. Adderall (or its generic Modafinil), the primary difference is that Provigil is not a stimulant, but it does have stimulant-like effects. This significantly reduces the likelihood of a patient becoming addicted to it or seeking to abuse it. However, it also is not clear how it works, which may feel risky to some.

The key difference between Strattera vs. Adderall is that Strattera is a norepinephrine reuptake inhibitor, not a stimulant. Its active ingredient is atomoxetine. However, clinical trials have shown it to be much less effective than other stimulants in treating ADHD, so it may not be an option for those whose disorder is severe.

When looking at Focalin vs. Adderall, patients should note: both are stimulants, and as such, they both carry risks of addiction and abuse. Focalin is not an amphetamine, but it does stimulate the release of dopamine.

There are numerous non-prescription and natural alternatives to Adderall. These substitutes are unlikely to have as strong of an impact on the patient, but for those whose ADHD is not severe. 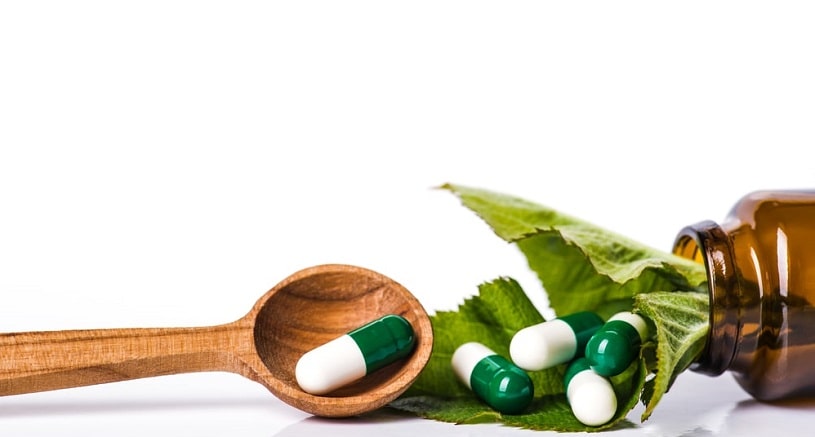 Here are Some of the Natural Substitutes:

It is important to note that while these substitutes are all available without a prescription, it does not mean that these alternatives do not cause negative effects or interact dangerously with other drugs.

Also, if concerned with how long does Adderall last, be aware that these substitutes do not last as long. Speak with a doctor before taking any Adderall alternatives or stopping altogether.

Getting Help for Amphetamine Abuse

The choice of medicine depends on age, medical history, health condition, and lots more. Only a medical doctor can make the most suitable choice. Amphetamines are addictive and can cause various psychological damages to the brain. Discuss with a doctor to get the best option for treatment.

While considering alternatives is a step in the right direction, if addiction is present, help is needed beyond switching to a substitute. Many rehabilitation centers are equipped to assist those with amphetamine addiction, and patients can choose between an inpatient and outpatient facility. Ultimately, between rehabilitation and alternatives, there is no need to suffer in silence.