Strattera Vs Adderall: How The Two Differ

Strattera (atomoxetine) and Adderall (amphetamine/dextroamphetamine) are two of the most well-known ADHD drugs available in the United States. While they treat the same condition, when one looks at Strattera vs. Adderall, it becomes clear that there are many differences between the medications. Let’s look at what to consider when examining Strattera compared to Adderall.

Is Strattera The Same As Adderall

Strattera and Adderall are two very different medications that treat the same condition—ADHD. When looking at atomoxetine vs. Adderall, the differences between the two medications are vast.

This means that anyone trying to decide between Strattera vs. Adderall needs to delve into what makes each drug unique. Strattera benefits and amphetamine and dextroamphetamine benefits both exist. However, most patients will find one medication to be better suited to them than the other. However, the only doctor can decide whether medication is suitable for a patient.

One of the first differences between Adderall and Strattera that patients need to understand is their drug class.

Amphetamine and dextroamphetamine belongs to the drug class called central nervous system stimulants. This drug class is what the vast majority of ADHD medications fall under. Medicines in this class are stimulants, or uppers, increasing the rate of bodily functions.

Strattera is a selective norepinephrine reuptake inhibitor or SNRI. This drug class mostly encompasses medications that treat depression and anxiety. As such, it is a unique medication in the world of ADHD treatment.

Also, separating these two medications is how they act on the body. Being a stimulant, amphetamine and dextroamphetamine speeds up physical processes, with the idea being that this will allow the overactive ADHD mind to become in sync with the rest of the physical self. Atomoxetine does not cause any stimulation. Instead, it increases the presence of norepinephrine in the brain. 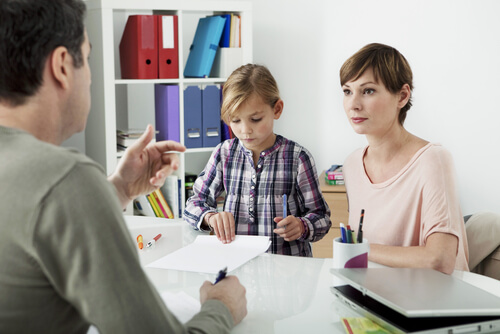 When looking at age limits with Strattera vs. Adderall, there isn’t a notable difference. Both medications are cleared for use in patients with ADHD who are six years or older, though amphetamine and dextroamphetamine can be used in children as young as three with significant restrictions. They are also both meant to be used with caution in older adults.

There is, however, a significant difference in the dosing. A standard adult Strattera dose starts at 40 mg per day, while for amphetamine and dextroamphetamine, it begins at 5 mg per day.

Something that every patient should consider when looking at the difference between Adderall and Strattera is how their abuse potential differs. Amphetamine and dextroamphetamine is a drug with a high potential for abuse, which is why it is heavily controlled and part of the DEA drug schedule. Atomoxetine, on the other hand, is considered to have minimal abuse potential. In other words, it can be abused, but it is not likely, and users are not known to become physically addicted to it.

Strattera and Adderall are roughly equal in their effectiveness when treating ADHD. FDA studies show that Adderall does address ADHD symptoms in some patients, though not all, and the effectiveness can taper off. Studies show the same for Strattera. As such, no patient should choose one drug over the other based on effectiveness. 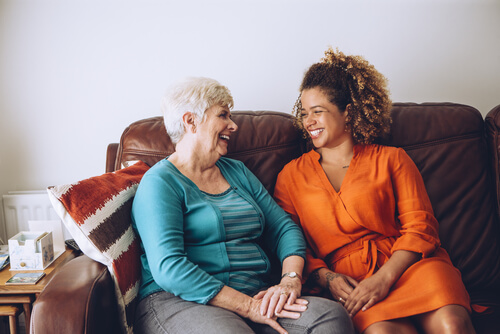 Side Effects And Tolerability

When looking at Strattera side effects vs. Adderall, there is some overlap, but also plenty of key differences. For example, both Adderall and Strattera sexual side effects exist, but amphetamine and dextroamphetamine tends to increase sex drive while atomoxetine curbs it. Both medications, however, can lead to tolerability, or the body is becoming so accustomed to the medication that the desired effects become dulled. This can result in increasing the dosage taken or switching medications.

When looking at Strattera compared to Adderall, price should also be a consideration. Generally speaking, Strattera is cheaper for a month’s supply than Adderall, and the same is true of their generics. Buying Strattera online in licensed pharmacies can make it even cheaper. However, there are ways that amphetamine and dextroamphetamine can be made more affordable as well, which users should look into.

Switching From Adderall To Strattera

Because atomoxetine is considered to be a safer drug, many patients are interested in switching to it from Adderall and other stimulant ADHD medications. It is possible to make a change.

A doctor should closely monitor any transition to a new medication. Users should be clear with their doctor about all the medications they are already taking, including amphetamine and dextroamphetamine.

In general, doctors will not suggest a long waiting period between stopping amphetamine and dextroamphetamine and starting atomoxetine. However, they might prefer it to be done at a time that is more suited to the needs of the patient. For example, children might be best making the switch over summer break while adults might want to do it during a period of vacation from work. In most cases, it takes about six weeks for the full effects to be noticeable. 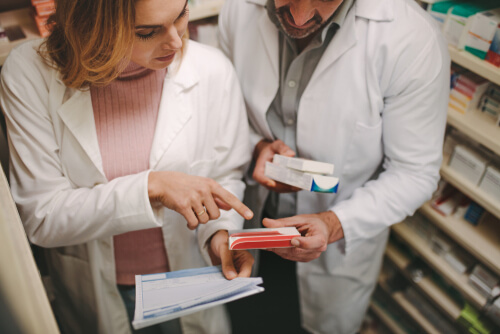 Can One Take Strattera And Adderall Together?

Doctors prescribing both Strattera and Adderall together are rare. However, it is not unheard of. In general, this is done when Adderall is effective but wears off too early in the day. The patient may then take a Strattera dose to cover the rest of the day without risking an Adderall overdose.

Only a doctor can prescribe concurrent use of amphetamine and dextroamphetamine and atomoxetine. Patients should not attempt to access the medications on their own nor use them together without explicit directions to do so.

In Case Of Strattera Or Adderall Misuse

Any medication can become problematic if the user approaches it incorrectly. Whether someone is addicted or just wants to stop the use, they can turn to an addiction center. There, treatment for substance abuse passes under close medical supervision with the right therapies to help the user get and stay clean.