Antihistamines are some of the most popular drugs worldwide today. People are constantly getting allergic reactions to various things, and these medications are an easy way out. However, less common knowledge is that they can come with complications too – especially when taken long-term.

On that note, this text seeks to establish the connection between the mechanism of action of these drugs, and provide information about how side effects occur.

Why Do Antihistamines Cause Side Effects?

Allergic reactions occur when the body releases a substance called histamine. This substance binds to receptors on certain cells in the body, which in turn causes allergy symptoms. Antihistamines help to decrease these symptoms at the affected cell receptors.

Conversely, the actions of these medications in the body disrupt certain actions of the central nervous system, which can lead to complications too.

For instance, these antihistamine side effects are more likely to occur in older patients because they have lower numbers of cholinergic neurons in the brain, compromised renal and liver function, fewer cholinergic receptors, and a less stable blood-brain barrier. These are all body functions that antihistamines disrupt while in action.

What Are Antihistamine Side Effects?

Some Known Antihistamines Side Effects  Include: 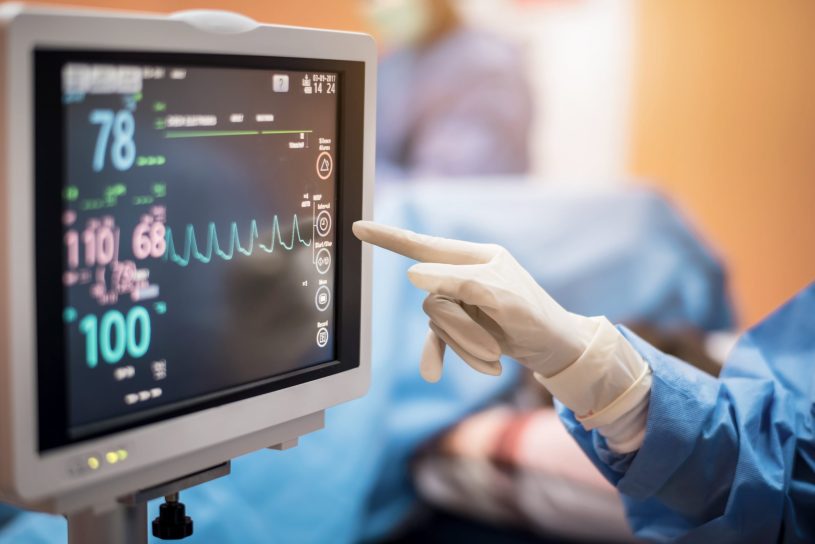 When comparing first-generation and second-generation options, older medications tend to come with significantly more complications. Not only that, but they tend to have more severe expressions and occur more often in users than their newer counterparts.

Common Side Effects of Antihistamines of the First Generation Include:

From all the possible complications, the most common is sedation and other central nervous system-related symptoms. This category of effects affects at least 20% of patients. including dry mouth or nose and difficulty with urination.

In general, whenever possible, first-generation medications should be avoided due to these potentially severe complications.

Second-generation versions (non-drowsy antihistamines) adverse reactions are not as numerous as those of their first-generation counterparts. When they are expressed, they tend not to be as severe.

However, there is still a possibility that complications will manifest, and if this happens, it is important to check with a healthcare professional to know what the right steps to take are. These professionals will help to determine if the reactions can be managed, or if one must stop taking the drug.

For the second generation, do antihistamines make you sleepy? While this category is marketed as non-drowsy antihistamines, sleepiness is still a side effect they can cause. Antihistamines and blood pressure changes are also a possibility.

Other Complications Common to These Medications Include:

Most users find that the side effects of antihistamines are easy to deal with, but some patients may find them intolerable. Despite being over the counter, users should discuss the medications with their doctor to determine which ones are best for them.

Summarily, this information shows that there are significant differences between the first-generation and second-generation, even though they are both technically taken for similar purposes. The differences are important enough that one needs to be well-informed before taking any type of drug. It is important to avoid self-medication.

It is also crucial to point out that the lists mentioned here are inexhaustive, and it is possible to experience symptoms that have not been listed. If this occurs, contact a doctor or pharmacist for professional medical advice as soon as possible.

What Are the Precautions?

They might be made for medical treatments, but these drugs are not to be taken without precautions. These precautions typically center around people living with specific conditions, as these conditions may affect the mechanism of action in the body, or cause harm through drug interactions.

On that note, individuals should discuss usage with their doctor before taking allergy medication. 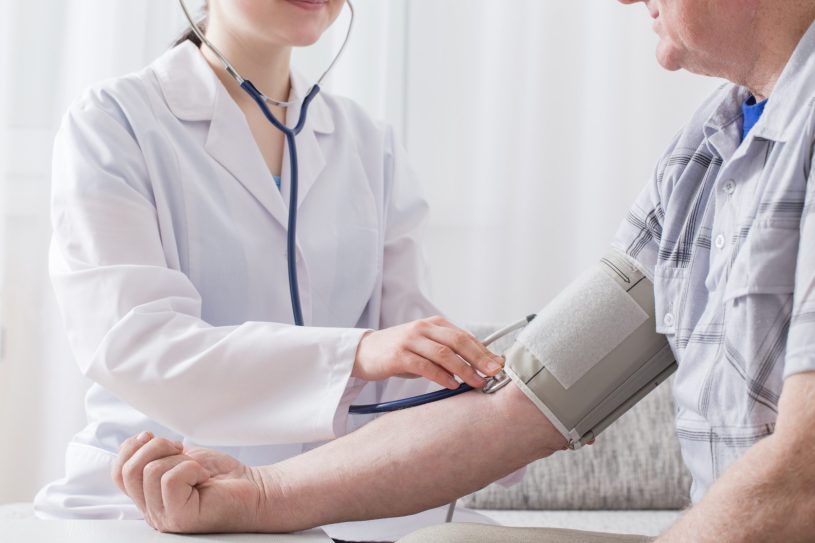 It should also be noted that studies are showing that dementia could be one of the long-term effects of antihistamines on health. As such, older adults may need to avoid these allergy medications.

Studies show that during pregnancy, 10% to 30% of women with pre-existing allergic rhinitis noticed an increase in symptoms. The same studies also showed that the increased symptoms can be well-managed with the right options.

What then is the relationship between antihistamine and pregnancy? What is the right type to use during pregnancy? Read further to know.

Antihistamines That Are Safe During Pregnancy

Antihistamine and pregnancy are particularly safe when some of the oral variants are taken, along with some nasal sprays and steroid nasal sprays.

Nasal sprays are deemed safe because their mechanism of action does not require traveling through the entire body where other organs or body functions could be impacted.

Here Is a List of Options That Are Considered Safe During Pregnancy:

Antihistamines That Are Dangerous During Pregnancy

There is not enough research to back up the possibility of increased risk involving antihistamine and pregnancy. The report from the Center for Disease Control and Prevention is the closest bit of information to answer the question, and it showed that only 9 out of 54 studies suggested possible risks which still require further investigation.

The lack of strong research on the matter means that these situations should be treated on a case-by-case basis, as a personal consultation with a doctor will provide a more definitive answer about what to avoid.

If a patient’s allergy symptoms are bad enough that they are causing problems (such as finding it hard to sleep), then taking these drugs while nursing will benefit both the user and the baby’s health.

For instance, proper medication should be taken as prescribed if there are symptoms of allergic asthma. During pregnancy, uncontrolled asthma can cause serious complications. Considering the fact that existing asthma symptoms flare by up to 45% in pregnant women, it is important to have knowledge of how to control the situation ahead of time.

Complications that may occur as a result of uncontrolled asthma during pregnancy include: 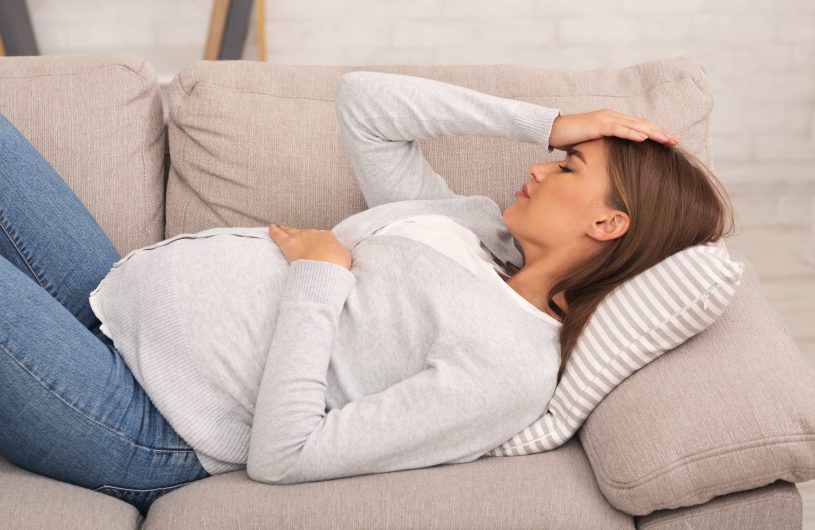 Thus, asthma is one of the conditions that almost certainly require allergy medications. However, the onus lies on the doctor to decide if alternatives can be taken for cases where the allergy can be managed through other means.

In a CDC study, researchers gathered information from over 50 scientific submissions to see if usage of these drugs during pregnancy showed any risk of possible congenital disabilities or disease.

The Evidence Found Showed These Facts:

Allergies are already difficult enough for regular people to cope with, and the discomfort that comes with having them is even greater with pregnant and breastfeeding mothers. When a breastfeeding mother is showing allergic symptoms, it can call for an antihistamine to manage and control the symptoms.

This leads to the question – is the interaction of antihistamine and breastfeeding safe? Evidence suggests that there is not much to worry about in this regard, but some care must be taken. Information about how the different types (sedating and non-sedating) can be used safely while breastfeeding is discussed below.

Any non-sedating anti-allergen, such as cetirizine or loratadine, shows shallow levels of transfer to the breast milk and hence should be considered the best option while breastfeeding.

There is not enough evidence to present other non-sedating options as safe while breastfeeding, but based on the evidence on hand for pharmacology, there shouldn’t be any problem. Therefore, it would be safe to use them during breastfeeding, but with caution and always approval from the doctor.

Adverse reactions can be seen in a breastfeeding infant, like irritability and drowsiness caused by the use of sedating anti-allergens. Cyproheptadine has potential effects on lactation, which is why it is contraindicated in breastfeeding.

There is evidence to back this up in a study conducted in 2010, but the study also showed that the instances where these drugs had a health effect on the infant did not require medical attention. Therefore, the possibility of sedation that comes with using this category is not a cause for worry in the short-term interaction of antihistamine and breastfeeding.

If the prescription required is a long-term one, the drug may still be administered but it must be used with close monitoring of the situation of the mother and child.

Signs of Antihistamine Allergies and Intolerance

These medications treat allergies, so it may seem strange that people can be allergic to, intolerant of, or hypersensitive to them. However, this does occur. People who are allergic to antihistamine drugs may be unable to take any drug in the class, or they may only have problems with a specific type.

Allergies to these medications can be hard to diagnose since the symptoms can mimic the condition they are meant to treat.

Signs of Allergies and Intolerance to These Medications Include:

Instances of these allergic reactions are not rampant, especially considering that one of the key functions of the medication is to manage allergies. This means that the symptoms listed above are not common, and only surface in a few cases.

However, any allergic reaction must be addressed by immediately stopping usage of the medication, followed by consultation with a doctor. Even though they are rare, the instances where they do occur can be severe.

How to Reduce or Eliminate Antihistamine Side Effects

For those who take their medications as directed and still have uncomfortable complications, a natural alternative might be best. Another option would be non-antihistamine allergy medicines. Users can weigh the difference between these and decongestant medications to determine if one might better suit them than the other. However, as always, they should discuss all medications with their doctor first.

General side effects on health are not the only risk that comes with taking these medications; abuse and addiction can also occur. Anyone who is misusing allergy medications should seek medical help and treatment. Addiction rehab centers offer the right solutions to stop use and live a better life.