Amerigroup insurance is a company that helps low-income and other in-need individuals access government healthcare plans and supplement them with additional coverage when needed. Many individuals rely on Amerigroup health insurance to access drug rehab and therapies for substance abuse. It is important that anyone covered by the company understands Amerigroup coverage for drug rehab.

Amerigroup insurance does offer coverage for mental health treatments, including those for alcohol and drug addiction. In fact, Amerigroup health insurance is unusual in that, it actually offers plans strictly for mental health coverage. The Behavioral Health Services Only (BHSO) plan allows users to take out a policy that covers behavioral health and substance abuse disorder treatment. It also gives the insured access to their behavioral health crisis line. There are no copays or coinsurance, and people with the plan do not need to see a primary care provider to get a referral. Substance abuse coverage is valid with any provider in their network, and patients only need to show their Amerigroup insurance card before treatment.

How Can One Enroll In Amerigroup Drug Rehab Plan?

Anyone interested can enroll in an Amerivantage plan, which covers behavioral health, including treatment in a drug rehabilitation facility, as well as other aspects of health insurance. Applications can be completed over the phone, online, or by mail. Enrollment is only open at certain times of the year, so interested parties should check in advance to see if the application process is open.

It is important to note that substance abuse coverage only extends to providers that are within their network. Since Amerigroup drug rehab coverage is only available in some states (Arizona, New Jersey, New Mexico, Tennessee, Texas, and Washington), users need to consider this when deciding to pursue treatment. Additionally, Amerigroup policies are only applicable if the user’s treatments are not covered under a Medicare or Medicaid policy. If they are, the insured is expected to use those benefits first.

Amerigroup drug rehab coverage policies across their plans extend to cover substance abuse treatment. Anyone with a policy through the company will have access to detoxification, inpatient rehab, and outpatient rehab as long as they meet the criteria for treatment at a given drug facility. Within the umbrellas of detoxification and rehab, many substance abuse services are covered, including:

Because of the nature of Amerigroup insurance coverage for drug rehab and its partnership with government healthcare providers, its policies can only be used at locations certified by the Department of Social and Health Services (DSHS). While this does restrict coverage, any state served by the company will have providers available.

How To Get Amerigroup Coverage For Drug Rehab

The process of getting Amerigroup insurance coverage varies based on state, what public insurance a person has, and what policies they want to take out.

For example, Amerigroup offers the state of Tennessee coverage through TennCare. This is a public healthcare option that can be taken out through Amerigroup. The first step in accessing this coverage is for the interested party to check to see if they qualify for a policy. This is done at the government TennCare website.

If one is qualified, they can then apply for Amerigroup coverage for drug rehab. This is done online, over the phone, or at a kiosk at any DHS office in the state of Tennessee. If approved, the insured individual will receive a letter in the mail. The letter will explain how the plan can be changed if it is not already through Amerigroup.

People who do not have TennCare can still take out an Amerigroup policy. They will need to speak directly with a representative to determine how.

How To Use Amerigroup Coverage For Drug Rehab

Once someone has their Amerigroup insurance verification, they are ready to use their policy. How to use the policy will often depend on the rules and regulations of the state coverage being backed by Amerigroup. 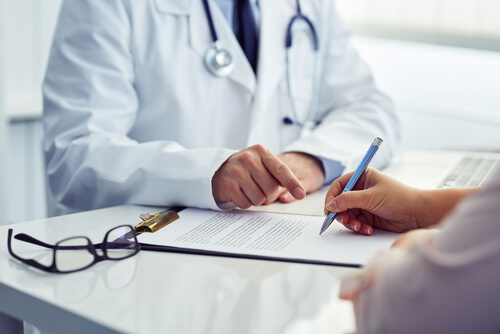 What Documents Should Be Given To A PCP?

In most cases, an insured is required to have a primary care provider (PCP) who will be responsible for giving referrals for other services, including Amerigroup drug rehab. Anytime the insured sees a doctor, they need to bring their Services Card and health plan ID card with them. Other documents may be requested as well.

How To Reach Rehab Providers

How Soon Does One Need To See A Healthcare Provider?

The timelines for seeing a patient will depend on the type of care needed:

Rehab may or may not be considered emergency or urgent treatment; it affects Amerigroup drug rehab coverage. For example, if someone is overdosing, getting treatment is very much a medical emergency and an ambulance should be called. However, if the person is realizing they have a problem, but their life is not currently at risk, they should make an appointment with their primary care provider to be referred to the right Amerigroup rehab for them.

What Providers Are Covered?

Insured individuals should keep in mind that these policies are not set in stone and change from state to state. Anyone looking to utilize Amerigroup insurance for rehab or other treatment should verify coverage in advance.