Antihistamines refer to a class of drugs that are widely used to treat allergies and other conditions. This article serves to explain the uses of this drug class and what it does. It also describes their use in the relief of several symptoms. These can be in hives, itching skin, bug bites, or stings from bees. Other conditions where they show activity include anxiety, as a sleep aid, for cough or cold, dizziness or vertigo, nausea, asthma, and itchy discomfort in the throat, which is also known as postnasal drip.

What are some of the lesser-known uses of these medicines and what is their mechanism of action?

What Does an Antihistamine Do?

Whenever the body is injured, inflamed, or suffers an allergy, it responds by producing a substance known as histamine. Histamine causes several effects, including contraction of smooth muscles, dilation of blood vessels, and increased secretion of acid in the stomach. Antihistamine, as the name suggests, is a class of drugs that tames the effects of the chemical histamine. How does antihistamine work? Anti-allergy drugs work by blocking the release of histamine from histamine-1 receptors. These receptors are located in the blood vessels, airways, nasal mucosa, and gastrointestinal tract.
By Competing With Histamine for the Receptors, Anti-allergy Medications Prevent Symptoms, Such As: 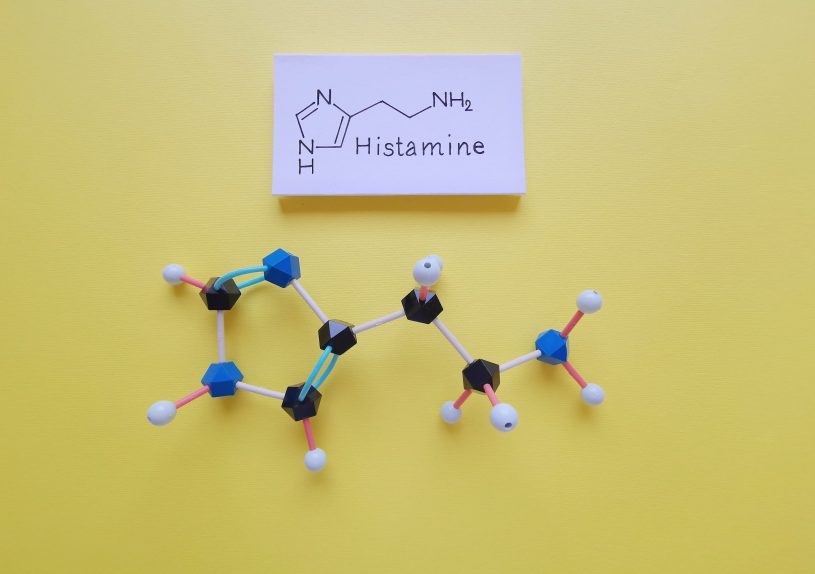 Histamine also stimulates receptors in the central nervous system (brain and spinal cord) to make a person more awake and alert. This chemical causes clinical responses in the body which are helpful in normal cases but can also be harmful when an excessive amount is produced.

This Could Cause Manifestations Such As:

How Do Antihistamines Work?

A drug of this type shows activity not only against allergies but also to help with clinical depression, anxiety disorders, chronic hives, and insomnia. The classes of antihistamines include H1 receptor blockers and H2 receptor blockers. They can also be divided into first (sedating) generation or second (non-sedating) generation according to their effect on the central nervous system.

How do antihistamines work? H1 receptor blockers search for and target histamine directly, blocking its action at receptor sites in the brain and throughout the body. A common effect of this type of drug on the brain is drowsiness due to sedation. There is often also dry mouth and eyes, blurred vision, and sometimes constipation.

Newer antihistamines are called second-generation because they target newer clinical areas like anxiety or insomnia while still combating allergies. These types of drugs often have fewer side effects.

Among the drug classes, first-generation drugs such as diphenhydramine (Benadryl) act on the brain (in addition to the rest of the body). They are therefore more likely to cause side effects such as sedation and dizziness.

On the other hand, second-generation products such as fexofenadine (Allegra) and cetirizine (Zyrtec) are less likely to cause drowsiness. This mechanism of action makes them appropriate for use as an antihistamine for itching, hay fever, and skin rash.

Medications in this category are used to treat a wide range of health conditions. Below are a few of the uses of antihistamines, how they work, their benefits, alongside their potentially negative side effects.

These medications are effective for treating minor allergies. Most people are familiar with at least an antihistamine for allergic reactions such as hay fever, but they can also be used to treat mild food allergies.

Through their action on H1 receptors, they prevent allergy symptoms such as:

However, it is essential to remember that while over-the-counter antihistamines may be the best for itching, in the search of relief for severe allergic reactions such as anaphylaxis, it cannot be used because it does not work fast enough. Those with any of these symptoms should seek medical help immediately. Anaphylaxis can be very dangerous, so seek medical care as soon as possible. 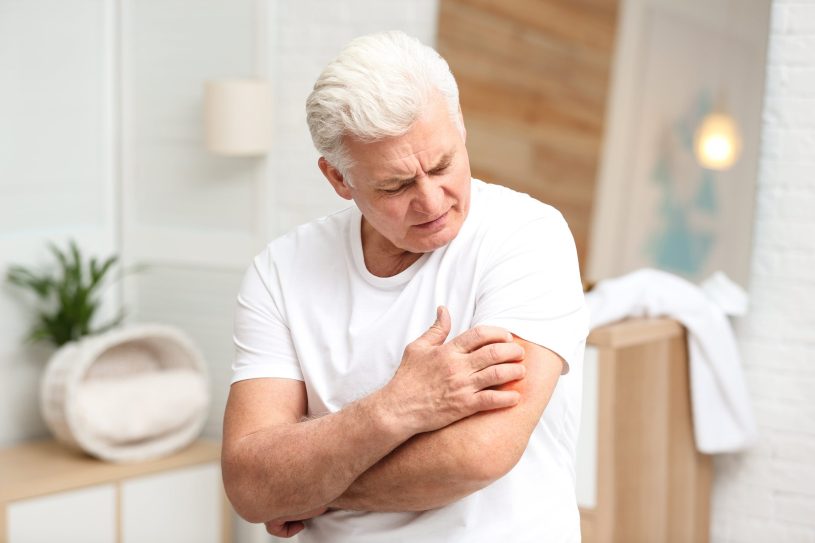 By acting on histamine receptors in the brain to cause relaxation and reduce anxiety, this class of drugs finds effective use in the short term. The most commonly prescribed antihistamine for anxiety is hydroxyzine (Vistaril). It is the most commonly used drug from this class for the treatment of anxiety. Due to its mechanism of action on histamine receptors in the brain, it is effective when used in the short term (for a few weeks). It produces a calming effect and reduces anxiousness.

It Should Be Noted That It Can Produce Side Effects Such As:

Antihistamine as a Sleep Aid

Antihistamines are popular over-the-counter sleep aids that people use to help them fall asleep and stay asleep. Examples of antihistamine sleep aid include Diphenhydramine (Benadryl), Brompheniramine (Dimetapp), Chlorpheniramine (Chlor Trimeton), Clemastine (Tavist), Cyproheptadine (Periactin), and Triprolidine (Actifed). It is important to search and find one that allows the user to manage sleep and function well.

For this, it is best to consult a physician. It is also important to follow prescribing instructions to minimize side effects and avoid antihistamine overdose.

Antihistamine for Cough and Cold

These relieve symptoms such as congestion caused by the common cold and its various viruses. Although it can help alleviate some of the symptoms, an antihistamine for cough will not cure the underlying condition itself. Furthermore, there is no way to know whether or not one is allergic to it, so it is important to talk to the pharmacist or doctor to be advised on the medication whose activity best targets the symptoms.

Dimenhydrinate (Dramamine), Diphenhydramine (Benadryl), and Meclizine (Antivert) can be effective at preventing the feelings of sickness or dizziness and vomiting which are common symptoms of vertigo. Nonetheless, an antihistamine for vertigo carries some risks as well. For example, an individual who takes any of them for vertigo may become drowsy and less able to function, even if it is a low dose.

Their action on H1 receptors makes them useful for the relief of nausea and vomiting. An antihistamine for nausea is designed to help people with acute or chronic nausea and vomiting caused by conditions such as gastroenteritis (stomach flu) or cancer chemotherapy.

Promethazine (Phenergan), and Meclizine (Antivert), Dramamine (Dimenhydrinate) are examples of those used to manage nausea. Some of the non-sedating drugs in this class, such as Cetirizine, are not effective for preventing or treating motion sickness because they do not cross the blood-brain barrier.

The Side Effects Can Include:

Asthma patients have elevated levels of histamine in their airways, which contributes to many of the symptoms that are typical of the disease.
In effect, an antihistamine for asthma, such as cetirizine (Zyrtec), acts by broadening the airways, thereby helping to relieve symptoms.
They Are:

Antihistamines are effective for asthma symptoms because of their mechanism of action, i.e., widening of the airways (bronchodilation). Some of the drugs that are useful for this purpose include Fexofenadine and Azelastine.

An antihistamine for post nasal drip works by relieving the symptoms of itchy discomfort in the throat. An example is Loratadine (Claritin). In providing relief it does not act on the brain to cause drowsiness and is often given together with other medications known as nasal decongestants, which act by removing mucus blocking the nose. 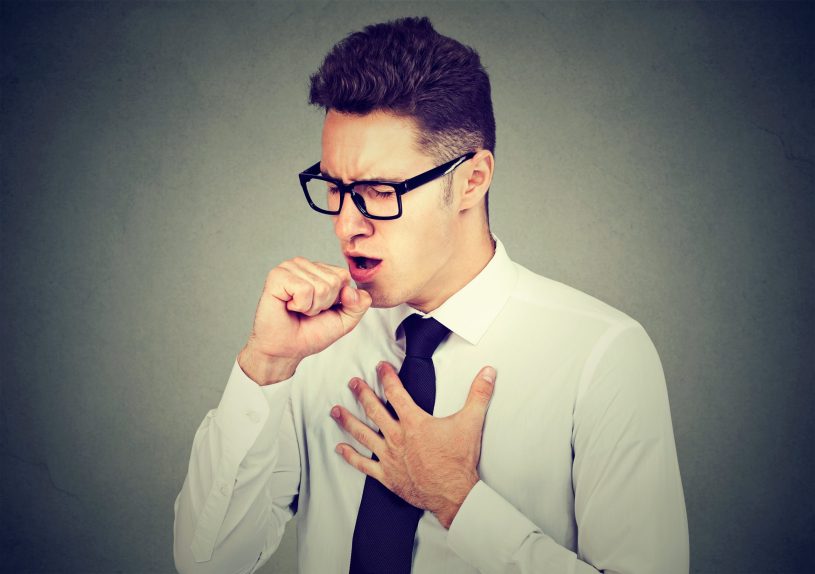 Safe Use of Antihistamines

People taking these medications should do so with caution and according to the doctor or pharmacist’s instructions. Both adults and children can get the medications over-the-counter and through a prescription; however, care should be taken to prevent abuse. For instance, it would not be correct to use more than the prescribed dose or take it at a frequency higher than was indicated. Also, whether in search of a higher effect or prolonged action, it could also not be safe to combine two or more of these medications.

Patients should also be aware that antihistamines can cause dependence and even addiction in some cases. Reach out for help if noticed that someone is unable to function normally without allergy medications. Addiction treatment may be required for such patients. Rehabilitation centers mostly offer such services on an outpatient basis.