Antihistamine and Alcohol & Other Interactions

Alcohol beverages can worsen some people’s allergy symptoms (such as running nose, sneezing), especially those treating asthma or nasal symptoms. Antihistamine can treat seasonal and year-round allergies, but combining them with alcohol can be dangerous. Allergy medications, preferably antihistamines, are usually the go-to medicine in the time of allergies. People usually wonder if it is safe to take them while drinking alcohol.

This article provides information on what one should know about drinking alcohol while treating an allergy with antihistamines and other medications that may react with anti-allergy meds.

How Do Antihistamines and Alcohol Interact?

Risks Associated With the Use of Antihistamine and Alcohol Interaction

Sedation is the main side effect of both antihistamines and alcohol when used together. The result is magnified to the extent that it may cause loss of consciousness or even coma. There is a significant likelihood of low blood pressure if non-drowsy antihistamines and alcohol are consumed simultaneously.
According to NIAAA, other dangerous adverse effects of consuming them together include drowsiness, dizziness, and increased risk of overdose. The risks and side effects of this combination can be more intense for the elderly. It can cause problems with their motor skills because of sedation and dizziness and lead to a higher risk of falls.

Many people try to use antihistamines to prevent the face, neck, and shoulder reddening associated with Asian flush. Acetaldehyde makes a face turn red through what is known as a histamine release.  The body has histamine receptors all over the place that detect histamine and cause a reaction.

One particular type, called H2 receptors, is found in the vascular smooth muscle where their function is to mediate vasodilation (i.e. the widening of blood vessels).  When triggered, these H2 receptors can cause blood vessels in the face and neck to widen and make the skin around those areas appear redder.

By doing this, it makes the flushing effect of the alcohol to be hidden. This is problematic because acetaldehyde can harm the body in ways far scarier than flushed cheeks.

Research made by NCBI shows that taking antihistamine and alcohol concurrently leads to an increase in ethanol concentrations and a decrease in dehydrogenase, which affects the psychomotor skills of an individual.

Therefore, even though using these medicines can temporarily suppress the effects of Asian flush, the complications of such a practice outweigh the benefits. This dangerous combination is not recommended for treating Asian flush. 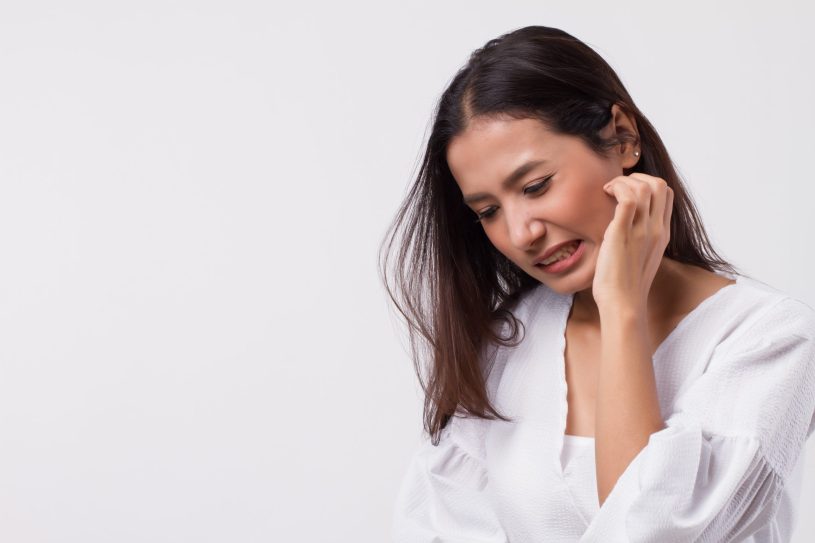 Simultaneous Consumption and the Possibility of Death

Can one overdose on antihistamine mixing it with alcohol? Yes, and it can be a fatal overdose. The central nervous system depression can be so severe that it can cause extreme sedation and loss of consciousness. Depressing the central nervous system means decreasing essential living functions like breathing or pumping of the heart. Slowing down respiration and heart rate, if not treated promptly, often leads to death.
Also, driving after using an antihistamine has an increased risk of road traffic accidents. It is recommended to avoid driving when using them with alcohol. First-generation antihistamines are more dangerous because they have more severe side effects than second and third-generation ones.

Do Antihistamines Interact With Other Drugs?

Antihistamines may interact with other drugs when used together and may cause an undesirable effect on the body. These effects can be from mild effects to severe ones.

Adderall is a brand name for the combination of dextroamphetamine and amphetamine. It belongs to the class of drugs called stimulants. This medication acts to stimulate parts of the brain that generate impulse and centers on attention and movement. They are generally used for the treatment of Attention Deficit Hyperactivity Disorder. Mixed amphetamine salts increase the level of dopamine in the brain, which aids in the generation of impulses and thereby relieves ADHD symptoms.
Antihistamine, on the other hand, stimulates sedation and relieves symptoms like itching and irritation. In comparison, most other cold and fever drugs can be used with medicines used to treat Attention Deficit Hyperactivity Disorder. Amphetamine drugs such as Adderall should not be taken with antihistamines. The amphetamine counterpart may oppose the seducing effect of antihistamine, thereby reducing its efficiency.

Prednisone is a prescription medicine and is one of the commonly used corticosteroids, and they function by suppressing the immune response and reducing inflammation. They’re widely used for asthma and chronic obstructive pulmonary disease. The use of this medication can either be used for short-term use or long-term use. Short-term use has fewer complications and can be well-tolerated, while long-term use can cause side effects like hyperglycemia, bone fractures, and muscle weakness.
Antihistamine crosses the blood-brain barrier to stimulate effects like sedation and dizziness and is generally used to treat allergy, poison, insect bites, and so on. There are no drug interactions between these two classes of drugs, and they are often prescribed together to treat allergic reactions.

Gabapentin is an anticonvulsant that is usually prescribed to ease nerve pain and postherpetic neuralgia. Gabapentin belongs to the anti-seizure class of drugs. Antihistamines are used for allergy treatment like cold, cough, and insect bites. The combination of Gabapentin and antihistamine together may induce symptoms such as impairment in thinking, judgment, and motor coordination in older adults. Combining these two drugs can cause drowsiness, dizziness, confusion, and lack of concentration in adults.
During the course of the combination of these two drugs, strenuous activities that require mental alertness, such as driving or operating a machine, should be avoided.

Note that it is essential to inform the doctor about all other prescription or over-the-counter medications, including vitamins and herbs.

A study made by NCBI showed that anticholinergic drugs also have an inhibitory effect on acetylcholine release. This chemical mediator is responsible for transmitting cell-to-cell signals that are needed for normal body function. These drugs block the actions of acetylcholine in the lungs, gastrointestinal tract, urinary tract, and other organs in the body.

Antihistamine drugs also have an inhibitory effect on the release and actions of acetylcholine in different body organs. These two medicines can reduce the motility of the intestines and also cause constipation.

Recent research made by the NCBI on this drug’s interaction indicated that older individuals with dementia might be particularly endangered to cognitive impairment associated with anticholinergic and sedative medicines. This impairment may be misattributed to the disease process itself.

Development of constipation, when not managed well, may lead to an advanced stage of constipation that can result in serious complications, including bowel blockage. 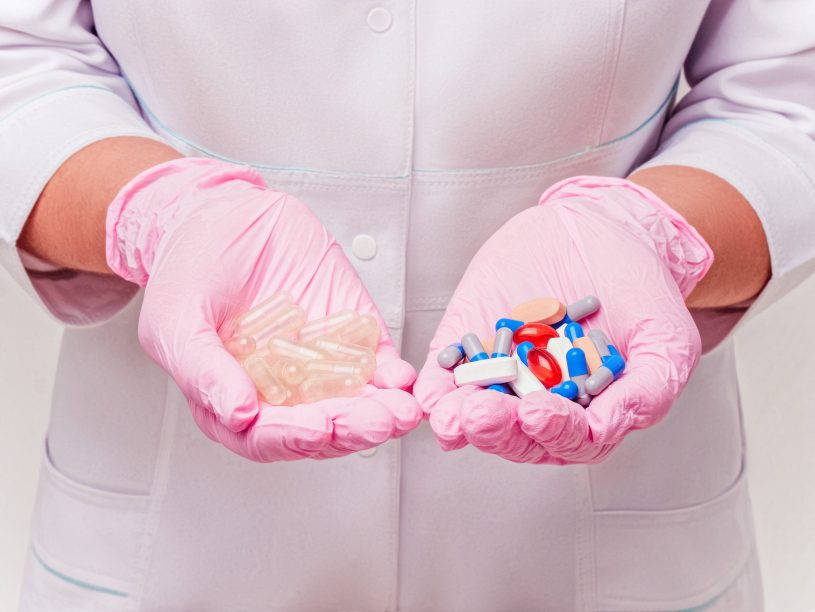 Although antihistamines are available over-the-counter drugs, it is risky to consider them safe, especially for regular alcohol consumers. For alcohol addicts with allergies, their simultaneous use due to unawareness can be fatal. People experiencing Asian flushes are at an additional risk of developing cancers early in their life. People should avoid using antihistamines.

It is of health benefits to avoid drinking alcohol while treating allergy reactions with antihistamines such as Loratadine or Cetirizine. It is even riskier to combine diphenhydramine with alcohol as it can cause more sedation than other allergy medications. It is safe to talk to the doctor or health care provider while using antihistamines before drinking alcohol or any prescription medicine for more information and guidance on health benefits. If the user has anyone struggling with alcohol dependency, one can get help by calling the substance abuse and mental health administration.

Note that the constant use of antihistamine medications can result in addiction. However, this drug dependence is easily treatable. Help and support are available at numerous treatment centers across the US.