Smoking Weed While Pregnant and Breastfeeding

Studies have shown that a frequency of 1 in 20 women indulges in marijuana use during pregnancy in various parts of the United States. Many women are turning to marijuana while pregnant to ease the symptoms that come with pregnancy, however it cannot be considered safe.

Marijuana during pregnancy comes with many health implications for both mother and baby as weed contains a wide variety of chemicals such as tetrahydrocannabinol (THC), which is extremely potent and could easily find its way into the bloodstream of the pregnant woman and then passed down to her baby. This leads to the question, ‘does smoking weed affect pregnancy?’ This guide provides all the answers to your questions.

The cannabis plant is composed of over 400 highly active chemicals with Tetrahydrocannabinol (THC), the popular psychoactive ingredient, and Cannabidiol (CBD), the exceptional non-psychoactive compound which is renowned for its medical applications. During pregnancy, these chemicals may find their way into the bloodstream and are seamlessly passed down to the fetus’s blood via the placenta. Smoking weed while pregnant greatly impairs the functionality of the placenta. 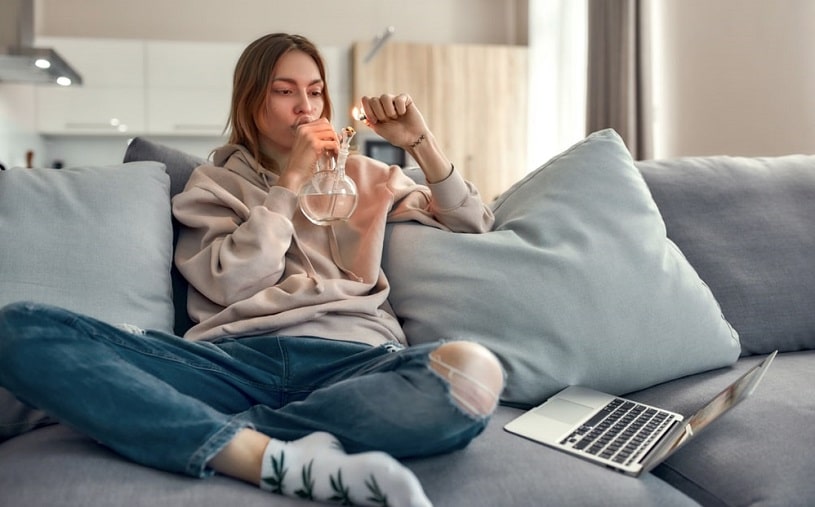 The need to reduce weed effects and frequent exposure to the harmful byproducts of weed combustion such as carcinogens often leads women to result in other forms of pot use such as dabbing marijuana, vaping, edibles of the plant, and others. While these methods may exempt certain combustion components present in actual smoking, the main active ingredient, THC, is still present in varying quantities, and this can be passed down to the fetus. This makes vaping, eating marijuana edibles, and other forms of use just as unsafe as regular smoking pot.

The prevalence of use of marijuana during pregnancy has increased over the years as more women are turning to the pot for relief from morning sickness and the nauseating effects that plague pregnant women for a certain period. In 2017 CNN reported 7% of pregnant women used cannabis in the past month.

So is it safe to smoke weed while pregnant? No, it’s not. Weed appears to help with the early morning and evening queasiness; however, the effects of marijuana on the fetus remain a major problem, and medical doctors consistently warn against it. American Academy of Pediatrics (AAP) reports have shown that women who used cannabis during pregnancy were more vulnerable to severe vomiting and nausea. 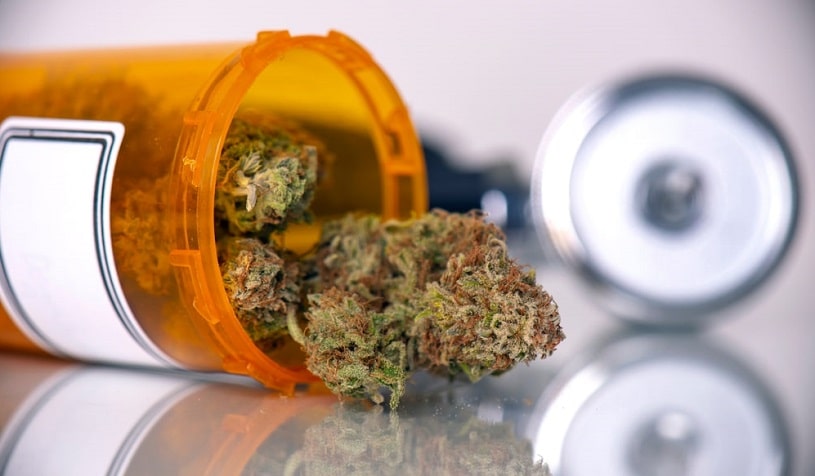 The use of marijuana during pregnancy has been known to increase the chances of fetal alcohol syndrome by 5 times. Around 90% of the women using cannabis are of childbearing age, which means their use of the drug, increases the risk of their unborn children being affected. These children are also prone to neonatal withdrawal syndrome from marijuana. During pregnancy, weed is the most common drug to be used in the U.S. The common belief of its safety and the steps to its legalization mean that the need to increase public awareness about marijuana is getting stronger than ever.

Dangers Of Weed During Pregnancy

Marijuana and pregnancy are still under clinical trials to fully understand the mechanisms. However, one thing is clear; THC crosses the placenta into the baby’s system. THC and pregnancy are never good combinations as THC affects the physiological environment and the transport mechanism of the placenta. Studies have proved that CBD in cannabis enhances the placenta’s permeability, leaving it vulnerable to accepting toxins from the pot and any other substance. Moreover, some studies suggest that using weed in pregnancy can be associated with the risk of miscarriage. It is rather a matter of making the right decision for the physical and mental health of the unborn child.

There is no clear distinction on the effects of cannabis on fertility. Chronic smokers experience difficulty in getting pregnant. In women, this decrease in fertility is due to abnormal ovulation and the eggs being impaired to produce embryos. In some cases, weed increases the possibility of a miscarriage due to the exposure of the fetus to various toxic metabolites.

Marijuana has been found to increase the rate of impotence in men. The negative effect of pot on male fertility may include low sperm count, low sperm motility, and the inability to ejaculate.

The legality of cannabis does not mean it is safe. Many people are still confused about the issue of marijuana and pregnancy due to information gaps. As earlier stated, over 400 active chemicals are represented in pot and can be channeled down to the child either during pregnancy or through breastfeeding. Marijuana and breastfeeding expose the baby to various potent toxins that impair physical health and mental development.

Marijuana use disorder has been found, not only in adults but in toddlers aged 3-4 years, as well as extreme hyperactivity and impulsivity. There are also other issues, such as cognitive disabilities related to breastfeeding, pregnancy, and marijuana.

Side Effects of Marijuana During Pregnancy

There are innumerable side effects of smoking weed while pregnant.

The connection between marijuana and pregnancy is highly controversial and should be discussed extensively with a medical professional, especially for long-time weed users who may require some support in stopping pot.

Cannabis stays in the fat cells longer than other tissues, and babies have a high body fat percentage; the developing brains of babies are made of fat and can store the drug and be affected by it for a long time. After babies of mothers who engage in smoking marijuana while pregnant are born, their neurobehavioral performance is altered. It is commonly believed that smoking marijuana while pregnant is safe, but the studies show a different story. A 2017 study pointed out the lack of awareness in public and emphasized the responsibility of the healthcare system to inform the public. 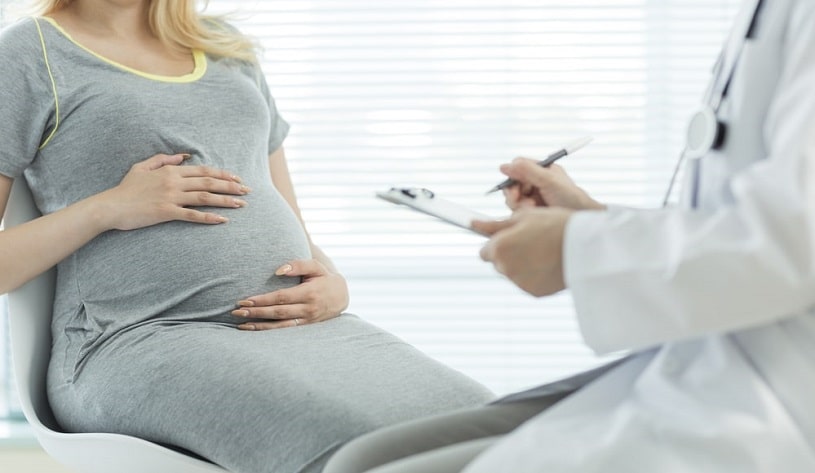 Although there is little information on the exact amount of weed or its components being released in breastmilk and the exact duration for which THC remains present in it, since weed gets stored in fat cells, even after a mother discontinues the use, it can still be transferred to the baby via breastmilk. Furthermore, this time can greatly vary due to factors such as the mother’s genetics, amount of body fat, and the duration of weed use. Mothers who are chronic users are unable to give sufficient attention to their newborns.

How to Stop Using Cannabis in Pregnancy

The high cost of medical marijuana may not be enough to curb the temptation of using cannabis during pregnancy, especially for long-time users. It requires discipline, a good-enough evasive plan, and professional help.

Here Are a Few Suggestions To Prevent Smoking Weed While Pregnant:

If one fails with prevention, they shall seek cannabis addiction help from a medical doctor or a health facility.

There are a good number of facilities offering treatment for drug addiction. They offer a wide variety of programs suited to individual needs. An inpatient rehabilitation program allows for 24-hour monitoring and support to ensure that the individual gets all the assistance to take back their life and complete healing from withdrawal symptoms and addiction.