Although the history of marijuana use in the US dates back several decades, consuming the drug in liquid form has traditionally not been the most common way to use it. However, brewing a pot of weed tea is becoming increasingly popular. With the increasing popularity, the variety of liquid marijuana has increased significantly, ranging from marijuana coffee pods to weed-infused teas. A range of weed wine, sodas, and cocktails are available as well. It is worth noting that not all cannabis drinks are psychoactive.

Note that not all states legalize the recreational use of cannabis, and the use of this substance is still not approved on the national level.

The weed-infused drinks are also illegal in such states. It is also not advisable to follow any recipe unless consulted with a medical professional.

Here Are Some Of the Different Types Of Weed Drinks:

What Is Cannabis Tincture?

Cannabis tincture is the extract of cannabis in a solvent. The solvent can be alcohol or a substitute (for a non-alcoholic tincture) such as glycerin. Alcohol is the most effective solvent as it displays the best binding to the compounds in cannabis. 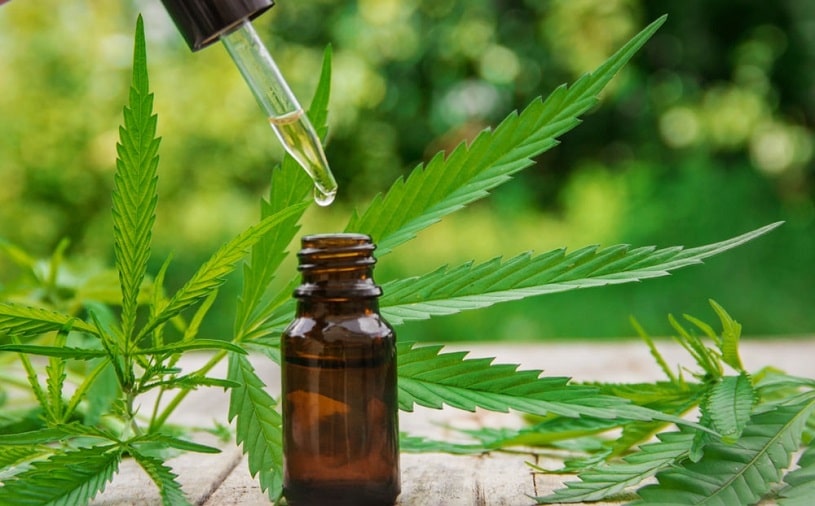 Tinctures can also be made with alcohol, from which alcohol can be evaporated and substituted with glycerin. When cannabis flower or concentrate is left with alcohol for a few weeks with daily shaking the container, the compounds bind to alcohol. When this is strained to remove the plant material, it is called cannabis tincture. This can be taken as drops under the tongue or incorporated into drinks and food.

Why Do People Use Liquid Marijuana?

There are many reasons why people prefer to use liquid marijuana. The pungent smell of cannabis combines well with the flavor of certain drinks such as coffee for an enhanced sensory experience. Some people prefer this method of use because it has no telltale smell. Others like the different taste or effect of drinks infused with pot.

When cannabis is consumed in liquid form, it takes longer to act (30-90 minutes) and produces a less intense but longer-lasting effect than vaporizing or smoking. Drinks laced with weed are often less potent than edibles such as brownies, candies, and other foods.

Here Are Some Of the Reasons People Use Liquid Marijuana:

Liquids infused with weed produce a feeling of well-being and a slight buzz. They can act as painkillers and anti-inflammatories. They can provide relief for digestive symptoms such as nausea, cramps, and acid reflux. Some strains of weed produce a sedative effect, while others mimic stimulant drugs. So, liquids containing cannabis can help improve mood and alertness.

Depending on the method of consumption, the effect of pot can be immediate or delayed. Marijuana tinctures and drinks can take several hours to produce the effect as opposed to the almost immediate effect of smoking a joint. When a tincture is placed under the tongue, effects may manifest in 30-45 minutes and peak in about 90 minutes. When consumed as a drink, effects may take longer to manifest but last longer (up to 4 hours). 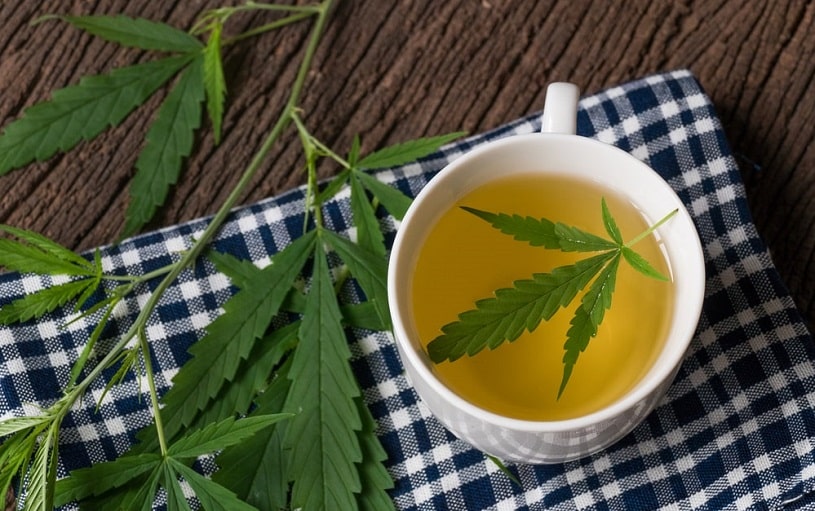 The effect of weed also depends on the THC level, which is the main psychoactive component. Drinks are typically less potent compared to weed-laced foods like brownies and cookies. Some cannabis-laced teas produce nothing more than a slight buzz. Consuming pot-infused drinks on an empty stomach can lead to symptoms such as stomach ache.

Sometimes exposure to heat or improper preparation of the weed tea recipe can make the psychoactive cannabinoids less effective, reducing the drink’s quality and strength. Adding butter or coconut oil to the weed and whisking the emulsion can increase the potency of a drink because THC dissolves in fat. CBD is anti-inflammatory, antioxidant, and potentially anticancer. Like alcohol, CBD reduces inhibitions in the brain, which produces a feeling of relaxation, calms nerves, and reduces anxiety. Alcohol and CBD have been reported to amplify each other’s effects if taken together, causing symptoms like sleepiness, sedation, and sudden mood swings. Combining high doses of CBD with high amounts of alcohol results in significant motor impairments and altered time perception. So drinks containing CBD can produce the same effects if paired with alcohol.

Cannabis tea has many therapeutic benefits. They produce milder effects and do not cause a heavy stoned sensation. The mild euphoria or buzz gives a sense of renewal to some individuals.

When marijuana is used as a vegetable and pressed to extract its compounds, the process is called juicing marijuana. Juiced marijuana has inactive forms of its active compounds. The psychoactive compounds do not get activated until the drug is heated, so when consumed in juiced form, it acts as an anti-inflammatory substance. 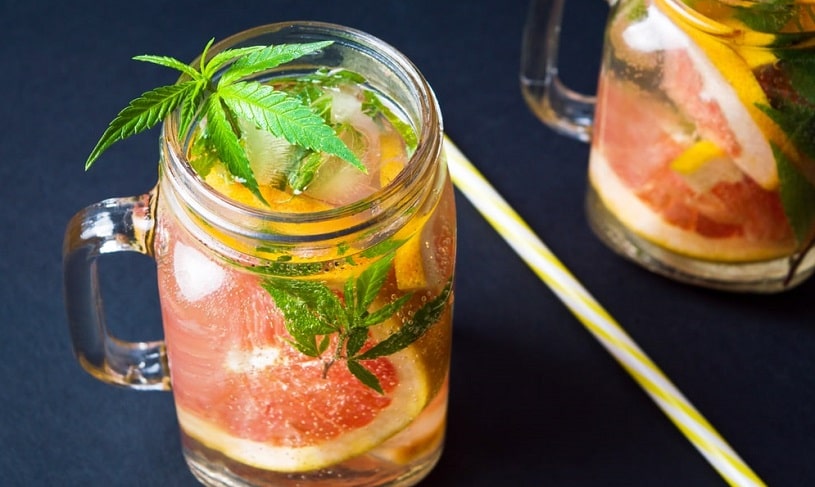 This is why consumed in this form, it is safer as compared to smoking or vaping cannabis. Compared to edibles, juices are a better way of consuming the drug as a juice contains all the components in liquid form and can be readily absorbed in the body. The human body can tolerate larger doses of marijuana in the juiced form, which helps with its medicinal properties and decreases the risk of an overdose on weed.

Compared to traditional consumption methods such as smoking, eating, or dabbing weed, weed-infused drinks are a gentler, healthier choice. They protect against the risks of smoking and are a convenient method to harness the healing powers of the cannabis plant.

It is worth remembering, however, that weed is a potent drug, and prolonged or excessive use can have serious health consequences. To prevent the long-term repercussions of marijuana tinctures and drinks, it is important to seek therapy at a rehabilitation facility for drug users. Professional addiction treatment experts at these facilities can help develop a treatment plan for substance addiction and help pot users overcome a substance use disorder.