Mirtazapine And Alcohol. What Are Remeron Interactions With Other Drugs?

Remeron is an atypical antidepressant that is effective in the treatment of depression and its symptoms. Known as Mirtazapine, the drug can be used to treat anxiety and difficulty in sleeping. The medication belongs to the noradrenergic and specific serotonergic antidepressant (NaSSA) drug class. Its mechanism of action is to enhance the release of norepinephrine and 5-HT1A-mediated serotonergic transmission. Mirtazapine accomplishes this by blocking the adrenergic alpha2- autoreceptors, hetero2-autoreceptors and antagonizing 5-HT2 and 5-HT3 receptors. Simply put, the medication increases chemicals in the brain responsible for mood elevation. However, is it possible to combine Remeron and alcohol to enhance the mood of patients? Mixing Mirtazapine and alcohol can have dire health effects on the user. Combining Mirtazapine and weed is a grave option as well.

Mirtazapine drug interactions might change how Remeron works or may increase the risk of serious side effects. Drug interactions with mirtazapine can result from both prescription and OTC medicines. That is why patients should be aware of all possible interactions.

As with most antidepressants, Remeron and alcohol should not be combined. Mirtazapine indications clearly state that alcohol should be avoided. Alcohol’s mode of action is to increase the effects of a neurotransmitter called Gamma-aminobutyric acid which is responsible for reducing the activities of the nerves cells or neurons transmitting chemical messages through the brain and nervous system. By doing so, alcohol suppresses the activity of the central nervous system. Remeron, on the other hand, increases serotonin and noradrenaline to elevate the mood of patients suffering from depression.

Taking Both Remeron And Alcohol May Have The Following Effects On The User:

There is growing evidence that Remeron and alcohol should not be combined. However, don’t stop the medication cold turkey to indulge in drinking. This can spell dangerous health consequences. Always contact a medical doctor or a rehab center if you want to wean off the medication. 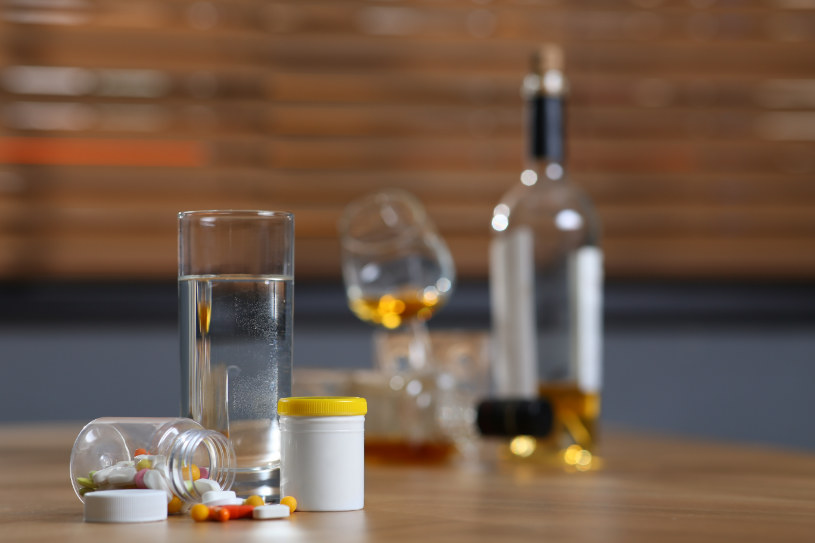 Weed, also known as Cannabis, has various mental and physical effects on the user. It has several uses including medicinal and recreational. Its mechanism of action involves the main psychoactive ingredient of Cannabis known as tetrahydrocannabinol attaching itself to cannabinoid receptors in the brain and activating them. This results in the disruption of mental and physical functions. It also increases norepinephrine and serotonin to elevate the mood of a person. Weed has the potential to counter the effects of Mirtazapine on a patient. Also, combining Mirtazapine and weed could lead to serious health issues.

Some Of Which Are Listed Below:

It is better to stay off weed while receiving treatment for taking Remeron for depression. This is because the effects of the medication can be reversed by Cannabis. However, avoid the temptation to abruptly stop taking the medicine. Instead, contact a mental health facility to support your Mirtazapine withdrawal symptoms.

Some drugs have a major interaction with Remeron which can lead to serious health issues. Other drugs don’t seem to have that problem and are safe to mix with Mirtazapine. We present a list of Remeron interactions.

Zolpidem is a drug that is efficient in treating sleep problems. It belongs to the sedative-hypnotics drug class and works by slowing down activities in the brain to induce sleep. Mixing Mirtazapine and Ambien may have moderate health consequences. These include drowsiness, dizziness, difficulty, and confusion.

Trazodone is a drug efficient in the treatment of depression and anxiety. It belongs to the serotonin modulators drug class and works by increasing serotonin in the brain to improve mental balance. When Mirtazapine and Trazodone are combined it increases the risk of serotonin syndrome. It is when there is too much serotonin in the system and is mostly caused by antidepressants. Side effects of mixing Remeron with Trazodone include seizures, increased heart rate, excessive sweating, shivering, etc. However, at a low dose, Mirtazapine and Trazodone can be used to treat insomnia.

The medicine should only be prescribed for its intended use. The misuse of the drug by not respecting the dosage or taking it more often than recommended can lead to a substance use disorder.

Lexapro is also an antidepressant in the drug class of selective serotonin reuptake inhibitors (SSRIs). Lexapro works by blocking the reuptake of serotonin into the presynaptic neuron, thus increasing serotonin levels in the brain. Combining Lexapro and Mirtazipine can lead to serotonin toxicity. It is a serious condition that can end fatally. Side effects of mixing Lexapro and Mirtazapine include fever, confusion, extreme changes in blood pressure, muscle rigidity, diarrhea, and headaches.

Xanax, marketed under the name Alprazolam, is a medication useful in the treatment of anxiety and general panic disorders. It belongs to the benzodiazepines drug class and works by enhancing the binding of the inhibitory neurotransmitter GABA at various GABA receptor sites in the central nervous system. This leads to a sedating and calming effect on the body. Mixing Mirtazapine and Xanax should be carefully considered due to their potential health effects. These include drowsiness, dizziness, difficulty in concentration, and confusion. Combining Mirtazapine and Xanax may also cause impairment in thinking, judgment, and motor coordination. 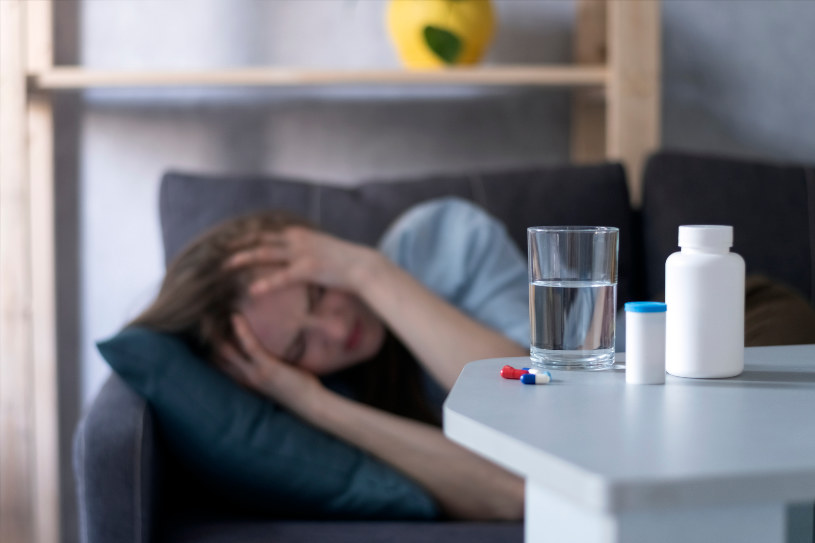 Zoloft is a medication used in treating depression, fear, panic attacks, and anxiety. Also known as Sertraline, Zoloft is an SSRI that inhibits the reuptake of serotonin in the central nervous system into human platelets. Though Zoloft is used to treat post-traumatic stress disorder, it is not fully effective. However, studies indicate that when mixed with Remeron, both medications are effective at treating depression and PTSD. There may be side effects associated with mixing two antidepressants. These include excessive sweating, shivering, and blurred vision.

Wellbutrin is an atypical antidepressant that is efficient in treating a variety of ailments including anxiety, and mental/mood disorders. Smokers use it to help them cease the unhealthy habit. As a norepinephrine and dopamine reuptake inhibitor (NDRI), Wellbutrin works by increasing the levels of neurotransmitters norepinephrine and dopamine in the brain. This improves concentration and focus in patients. It is suspected that mixing Remeron with Wellbutrin may increase the chances of suffering from seizures. This is because Wellbutrin may rarely cause seizures so mixing both medications is likely to exacerbate the risk of seizures.

Also known as Venlafaxine, Effexor is a drug useful in treating depression. It elevates the mood of patients and energy levels. The mechanism of action of Effexor involves the increase of serotonin levels, norepinephrine, and dopamine by blocking the reuptake of transport proteins at the presynaptic terminal. Using Effexor and Remeron together may lead to serotonin syndrome since both drugs increase the neurotransmitter. This can lead to side effects such as hallucinations, seizures, increased heart rate, blurred vision, muscle spasms, stomach cramps, nausea, and extreme changes in blood pressure.

As already discussed, Remeron and alcohol should not be taken together due to the negative health consequences. Since the medication doesn’t interact well with most antidepressants it is better to contact a physician before administering both drugs. Also, people who use weed should stay away from Mirtazapine to avoid complications. Drug interactions also pose health hazards and may evoke some discomforting adverse reactions in patients, such as for example Remeron weight gain. The patient should be informed about this danger before being prescribed Remeron. Numerous drug rehab centers provide help to patients who develop an addiction to any drug. Substance abuse treatment in such centers facilitates a long-standing recovery.