Paroxetine, sold under the brand names Paxil and Seroxat, is an oral medication that belongs to the drug class called selective serotonin reuptake inhibitors (SSRIs). What is Paroxetine used for? Generally, one of the main Paroxetine uses is for the management and prevention of depression and anxiety disorder. In 2019, around 2 million patients in the United States used Paroxetine. With these statistics, it is necessary to learn that interactions are possible to occur when Seroxat is mixed with other foods and substances. Moreover, Paroxetine interactions may range from mild symptoms to severe, life-threatening conditions such as arrhythmias, convulsions, and even coma.

In this article, information about the dangers of mixing Paroxetine and alcohol, weed, other medications, and food will be provided.

Paxil And Alcohol: Is It Safe To Drink When On Paroxetine?

As an SSRI used to treat depression, Seroxat works by increasing the serotonin levels in the brain and this is the opposite for alcohol, since alcohol lowers down serotonin levels. So, what would happen when Paxil and alcohol are mixed together? According to a study published in the journal of Alcohol Research and Health, in Paroxetine and alcohol interaction, alcohol can worsen the depressive symptoms of the patient. Moreover, this would cause Seroxat to be less effective in treating depression and anxiety disorder. Aside from these, adverse reactions may also occur when Paxil and alcohol are mixed together.

Some of These Include the Following:

Seroxat may also be considered an effective medication for patients with social anxiety disorder with alcohol problems. This means that when a patient is rightly diagnosed with anxiety plus alcohol use disorder, a doctor may compute the proper dose for that patient. However, take note that aside from the side effects listed above, weight gain on Paxil may also occur when Paxil and alcohol are mixed together.

Paxil and Alcohol: When Is It Safe To Drink Again?

So, if it is not safe to take Paroxetine and alcohol, when will be the best time to drink again? The half-life of Paroxetine is considered long since it will take around 21-24 hours for 50% of its concentration to be removed from the system. But, does this mean that it is already safe to drink alcohol as soon as the drug reaches its half-life? The answer for this would be no. Technically, drinking alcohol even after 2-3 days of using Seroxat does not make the drinking any safer. Studies confirm that drinking alcohol does not promote wellness especially in depressed patients. Thus, as much as possible, alcohol consumption must be avoided before, during, and after Seroxat medication treatment. Moreover, if a patient’s urge to drink alcohol is so strong that he or she will rather skip a dose, Paroxetine withdrawal signs and symptoms may occur. 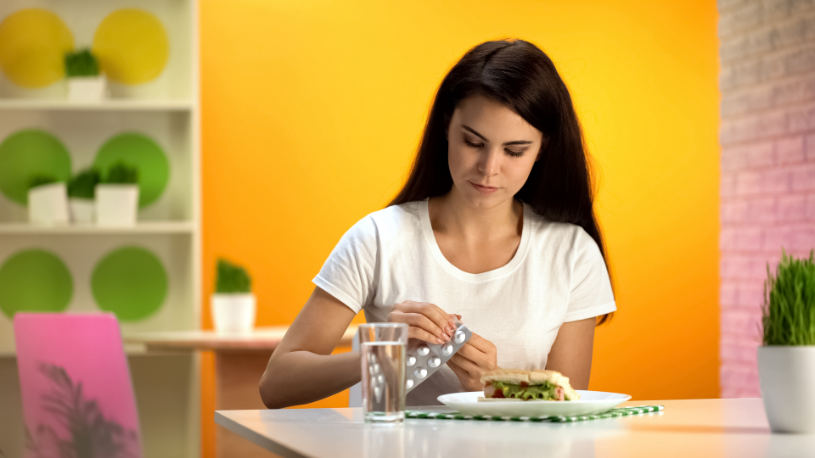 Although an adverse interaction is relatively rare with a combination of Seroxat and weed, case reports have created speculations that taking Paroxetine with weed may cause hypomania, a condition characterized by less severe symptoms of mania. In addition, using Seroxat and marijuana concurrently may make it difficult for a doctor to evaluate the efficacy of the drug in the presence of another mood-altering substance such as weed.

According to a DOH file, Mixing Weed and Seroxat Together Can Increase the Concentration of the Drug, Causing the Following Side Effects:

Furthermore, when there is too much concentration of Seroxat, this could increase the risk for a patient to experience serotonin syndrome. This condition is fatal as it may cause respiratory depression and coma.

Aside from alcohol and weed, there are also possible Paroxetine interactions. As of today, there are around 1,169 approved Paroxetine interactions. Moreover, take note that when this oral drug is taken correctly, meaning, without combining it with other drugs that can alter its structure, common Paxil short term side effects would only include mild dizziness and dry mouth. However, if this oral medication is combined with other drugs that might affect its mechanism of action, possible dangers might occur.

Not all drugs are dangerous to the health when combined with Paroxetine. In fact, some can even make the Seroxat treatment more efficacious. For example, it was reported that combination therapy of Mirtazapine and Paroxetine is more effective compared to monotherapy.

Furthermore, Some of the Drugs That Can Be Taken With Seroxat Under Moderation and Cautiousness Include:

Although the drugs listed above are said to be safe when combined with Paroxetine, it is still necessary to speak to a medical doctor before taking another drug, especially the over-the-counter ones, while on Seroxat. Doing this will help the patient avoid dangerous health events.

The most common dangerous drug interaction for Paxil is the Paroxetine and Wellbutrin interaction. Wellbutrin and Paxil are drugs that are commonly compared and some people believe that it is safe to use them together to enhance the effect.

Taking Seroxat in any of the following combinations has the potential for causing serious interactions. Therefore, one may either use it under strict supervision and monitoring by doctors. It is also possible to use Paxil alternatives.

However, Always Remember That Only a Medical Doctor Can Choose the Right Substitute, It Can Be:

Wellbutrin and Paxil combination increases the risk of causing a serious interaction. This is because Bupropion inhibits the breakdown of Seroxat in the liver, prolonging its stay in the system. This produces more than usual side effects, from even a small dose of Paxil 10mg.

Moving on, aside from substances and drugs, food-drug interaction is also possible with Paroxetine. There are many undetected food interactions with Paxil that may occur frequently, and it is only after being marketed where these adverse effects are seen.

Moreover, Some of the Foods That Seroxat May Interact With Include Citrus Fruits (Such as Grapefruits), St. John’s Wort, and Tyramine-rich Foods:

One reason why it is important to learn the foods that may interact with the medications a patient is taking is to prevent or reduce the risk of dangerous or unwanted health events. Take note that foods may either increase or decrease the effect of a drug. So, if the patient is taking any of the foods listed above while on Paxil, speak as soon as possible to a medical doctor for safer Paxil use.

It is important that one follows prescription instructions regarding the use and administration of Paxil to avoid dangerous health events. Also, read the prescription label to get more information about potential Paroxetine interactions. In the event that a patient has another prescription drug or would like to use an over-the-counter medication to treat another condition while using Seroxat, it is imperative to consult a doctor first.

Note that combining drugs to increase their recreational potential is the alarming sign of developing not just Paxil addiction alone but also an addiction for the drugs being combined with it. Contact the drug rehab center professionals to find out if the situation is still under control. In some cases, drug abuse treatment may be required.