Paroxetine, commonly referred by its brand name Paxil, is an antidepressant belonging to the class of selective serotonin reuptake inhibitor (SSRI) drugs. Paroxetine is highly effective and has a wide spectrum of use in the management of mental health disorders, such as Major Depressive Disorder (MDD), Obsessive-compulsive disorder (OCD), Social anxiety disorder (SAD), Panic disorder, Post Traumatic stress disorder (PTSD), Generalized anxiety disorder (GAD), and even Premenstrual dysphoric disorder (PMDD). Unfortunately, no medication is without undesirable adverse drug reactions, and Paroxetine side effects can be particularly concerning for patients. This article discusses the most important Paxil side effects that patients should understand before starting to use Paxil for OCD or other diseases, in order to have information on what they may expect while taking this medication.

In this article information on topics such as Paxil overdose, sexual side effects of Paxil, use of Paxil in special patient demographics such as pregnant women, and Paxil long term side effects will also be discussed.

Paroxetine side effects are not all that different from those of other Selective Serotonin Reuptake Inhibitor (SSRI) drugs. SSRIs, as a group, promote an increase in serotonin levels. The increased serotonin levels modulate the function of several serotonergic receptors, which are not only responsible for the alleviation of symptoms of depression and anxiety but also play a role in the regulation of functions related to anxiety, sleep, appetite, pain, and sexual function. It is the interaction and modulation of these receptors that causes Paxil side effects.

The most common Paroxetine side effects are usually mild to moderate, not overtly hazardous to one’s health, and are often dose-dependent. Furthermore, most patients often find that certain adverse reactions, such as Paroxetine sexual side effects, disappear with continued use as the body adjusts to the drug over time. Below is discussed some of the most frequently encountered side effects of Paxil that users may experience while being treated for depression and/or anxiety.

The most common physical Paroxetine side effects are mild and usually dose-dependent, meaning that a higher dose will result in a greater degree and/or frequency of adverse drug reactions experienced. Furthermore, these symptoms may subside as the individual’s body adapts to the medication over time.

The Most Common Physical Adverse Reactions Related to Paroxetine Use Include:

Uncommon and Rare Physical Adverse Reactions Related to Paroxetine Use Include:

Paxil weight gain or loss is a possible unwanted and often stressful consequence of therapy, but fortunately, it is not experienced by all. It is worth mentioning that weight gain is not unique to Paroxetine and that the majority of SSRI antidepressant drugs have been associated with a possibility of causing an individual to gain some excess weight.

Psychological Paxil side effects are also common and are a consequence of an indirect decrease in levels of dopamine. Outside of the concerning effects of possibly worsening depression and anxiety; triggering of hypomanic or manic episodes of Bipolar disorder and an increased risk of suicide, there are a few other common and mild psychologic adverse reactions individuals should be aware of.

These Adverse Effects Include:

It is essential to understand that not all individuals will experience these physical and psychological symptoms. Most people may only experience a single or a few adverse reactions, and there might also be some individuals who do not experience any. Furthermore, if these symptoms do not subside with time or if they become worse, a patient is advised to notify the prescribing doctor to help to avoid potential health complications. Lastly, even if severe reactions are experienced patients should never discontinue taking the drug.

Even though patients can feel some benefits of quitting paxil, stopping the drug abruptly and without medical consultation can lead to Paxil withdrawal, characterized by adverse health effects such as dizziness, lethargy, nausea, vomiting, headache fever, chills, vivid dreams, dyskinesia, anxiety, crying, irritability, and depersonalization.

The most effective way to ensure the risk of adverse reactions remains minimal in a patient is to strictly adhere to the dosage instructions that are provided by the prescribing physician.

Unfortunately, scant information exists regarding Paroxetine side effects long term. A study by the University of Auckland’s School of Psychology which evaluated the perspectives and experiences of patients who had been taking antidepressants for over 2-3 years, found several adverse effects of long-term antidepressant use, which could also be applied to long term Paxil use.

Some of These Long-term Adverse Effects Include:

As much still remains unknown about Paroxetine side effects long term, it is important to discuss any and all new concerns one may have with their prescribing medical doctor while taking Paxil.

The Symptoms and Signs of SSRI Associated Sexual Dysfunction Can Include:

Fortunately, as with most Paxil long term side effects, sexual dysfunction is strongly dose-dependent and can often remit with continued therapy, but more so in women than men. If individuals taking Paroxetine find associated sexual dysfunction intolerable, there are several methods of management. The first step, as always, is contacting the prescribing medical doctor after which they can decide on a strategy best for minimizing experienced sexual dysfunction. These strategies can include watchful waiting, dosage reduction, drug holidays, drug alternatives, such as for instance Paxil vs Lexapro, and various augmentation therapies. 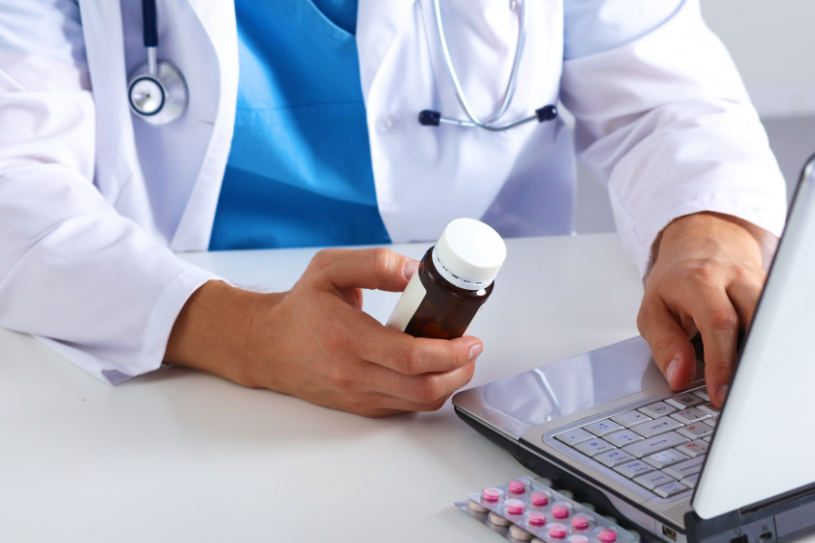 Paxil and Pregnancy and Breastfeeding

Paroxetine is currently listed as a category D drug by the U.S. Food and Drug Administration for safety in pregnancy. This denotes the fact that there is positive evidence of human fetal risk based on adverse information from investigational or marketing experience in humans, but potential benefits may warrant the use of the drug in pregnant women despite potential risks. Two studies, one published by the Journal of American Psychiatry and the other by the Swedish Birth Registrar found:

As such, the combination of Paxil and pregnancy should be avoided, particularly in the first trimester. With regard to breastfeeding, studies show that Paroxetine is excreted in breastmilk in small quantities, but the consequences of this are negligible and have not been found to produce signs of the drug’s effects in infants. As such, breastfeeding can be considered safe during treatment with Paroxetine.

Symptoms and Signs of Paxil Overdose

Fortunately, Paroxetine has a wide margin of safety, meaning that it rarely causes overdose and lethality if used in excess alone. However, the combination of Paxil and alcohol interaction or other antidepressants can have serious consequences.

Paroxetine Overdose Can Be Characterized By:

Thankfully, when immediate medical aid is sought and adequate supportive treatment is provided in cases of Paxil overdose, patients usually recover without serious consequences. Furthermore, patients should remember to never combine Paroxetine with alcohol or other medications without first consulting their doctor to minimize the risk of toxicity and adverse outcomes.

How To Reduce Or Prevent Adverse Drug Reactions Of Paroxetine

The individual should never decide to take a higher dose of the drug than they were prescribed without first consulting with the physician, since it may cause Paxil addiction. Understanding how long Paroxetine stays in the system can also help the person better understand what to expect and when to take specific actions.

If signs of side-effects do become present, consulting with the prescribing physician can help to make appropriate modifications to the dosage amount and schedule, which may help the person better cope with these adverse events. Dependence on paroxetine is one of the possible consequences of long-term use. In this case, contact the prescribing doctor immediately and discuss the substance abuse treatment options. In most cases, enrolment in one of the local rehab centers would be the fastest way to get back to normal.