Paxil (generic name paroxetine) is an SSRI, a class of drugs that are typically used to treat depression and anxiety. Although it is not habit forming, there are specific side effects of stopping Paxil abruptly. These effects are referred to as paroxetine discontinuation syndrome. What are the common signs and symptoms associated with getting off Paxil? Is it safe to quit this medication cold turkey? And what can be done to prevent Paxil withdrawal symptoms? Read on to find out.

What Is Paroxetine Withdrawal?

Quitting psychiatric medications can be tricky, even under a physician’s supervision, and this is true for Paxil generic name paroxetine. What is Paxil? It is a psychiatric medication that works by inhibiting the reabsorption of serotonin in the brain. When paroxetine is suddenly stopped, the body responds with specific physical and emotional withdrawal symptoms caused by the sudden absence of serotonin. Withdrawal effects can occur when a low dose such as paroxetine 20 mg daily is stopped suddenly, but these effects are more likely with higher doses and after a relatively longer duration of treatment.
Paxil withdrawal symptoms cold turkey are known to be severely debilitating or even dangerous. These withdrawal symptoms are collectively referred to as discontinuation syndrome and are more common due to the short half-life of Paxil. They require careful medical management, detoxification, and a gradual dose reduction by trained healthcare professionals. In contrast, comparing Paxil vs. Prozac, extreme withdrawal is unlikely with Prozac (fluoxetine) due to its long half-life.

Signs and Symptoms of Paroxetine Withdrawal

The main signs and symptoms of coming off paroxetine are: 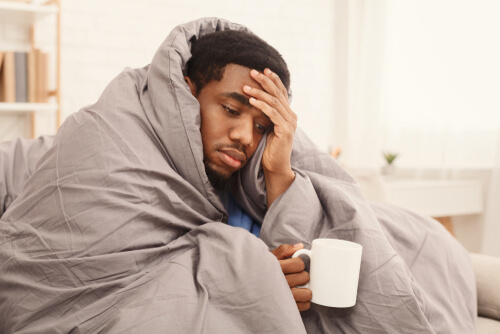 Preventing Side Effects of Stopping Paxil

Discontinuation syndrome and the associated effects can be restricted by tapering off Paxil gradually. How to taper off Paxil? The one-word answer is – slowly. The incidence and severity of withdrawal signs and symptoms vary from person to person but depends significantly on a proper gradual taper. In other words, the risk of withdrawal syndrome can be minimized by reducing the dose of the medication very slowly rather than stopping it suddenly. The duration of the paroxetine taper may be prolonged and depends on the length of treatment, daily dose, and other physiological factors.

Patient education plays an essential role in avoiding withdrawal symptoms. People who are prescribed paroxetine should be informed about the possibility of withdrawal upon sudden discontinuation of the drug. Well informed patients are less likely to stop paroxetine cold turkey.

The important thing is to stop Paxil under medical supervision. A doctor will provide the patient with a precise tapering schedule to minimize the chances of withdrawal syndrome. Following these instructions and taking the medication as directed can go a long way in safely and comfortably coming off paroxetine.

How to get off Paxil safely and with minimum side effects? Detox from Paxil is the process of letting the drug slowly leave the body while minimizing withdrawal syndrome. Paroxetine detox typically does not require an inpatient stay and can be completed at home. The detox process involves a gradual step down in dose over several weeks to months. Detox from this drug is associated with symptoms such as suicidal ideation, especially in young adults under the age of 25. Therefore, regular monitoring and follow-ups during the detox process are necessary to ensure there are no adverse effects.

For patients who have bothersome Paxil withdrawal side effects, one or two doses of another SSRI with a long half-life, such as Prozac, may provide relief. However, it is crucial that this additional antidepressant is taken under medical guidance. A direct switch from Paxil to Prozac (fluoxetine) or Effexor (venlafaxine) saves on weaning time and provides immediate relief of depressive symptoms. 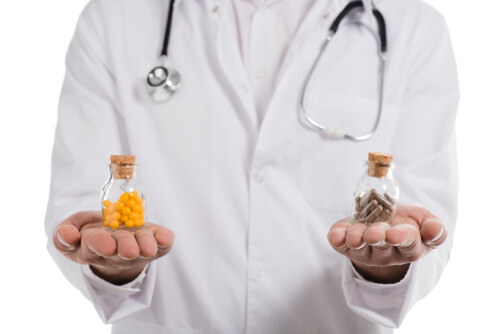 Home remedies for Paxil withdrawal include diphenhydramine (Benadryl), an OTC allergy medication, that is believed to be helpful; however, the use of this drug warrants caution since it can lead to severe sedation in combination with the antidepressant. There are also anecdotal reports that omega 3 fish oil and multivitamins can help with withdrawal effects, although there is no conclusive scientific evidence to support this claim. More research is also needed to study the effectiveness of N-acetyl cysteine and alpha lipoic acid in augmenting withdrawal therapy.

Quitting Paxil and Other Safety Issues

Stopping Paxil cold turkey is not a good idea as it can lead to potential discontinuation syndrome. So, how to wean off Paxil? The safest way is to reduce the dose gradually under medical supervision.

It is worth noting that there are other safety issues associated with paroxetine. Paxil and Wellbutrin taken together are associated with an increased risk of seizures. Paxil is readily available and commonly used recreationally; however, snorting Paxil is a dangerous habit. Studies have shown that there may be long-term effects of Paxil on the brain, especially in the elderly.

The United States Food and Drug Administration (FDA) has issued a warning that withdrawal from paroxetine, a widely prescribed antidepressant, can be severe. This underlines the importance of knowing how to taper off Paxil. For years, this drug has been promoted by pharmaceutical manufacturers as non-addictive, safe, and easy to discontinue. However, there is enough evidence that withdrawal symptoms from paroxetine can be intolerable and potentially lead to dependence that requires medical treatment. Luckily, many drug abuse rehabs have high success rates in treating antidepressants addiction.