Paroxetine, generic for Paxil, is an effective antidepressant that is used to treat anxiety disorders. In 2019, around 9.7 million prescriptions of this drug were issued in the United States. Moreover, this drug is classified together with alternative drugs such as Prozac, Zoloft, and Celexa as selective serotonin reuptake inhibitors (SSRIs). The good thing about Paroxetine and its alternatives is that they all help in treating depression and anxiety, though at different levels. However, a switch to Paroxetine alternatives is usually occasioned by drug efficacy, side effects, drug interactions, and restrictions to certain age groups, among other factors. In this article, information about the list of possible Paroxetine alternatives will be provided. 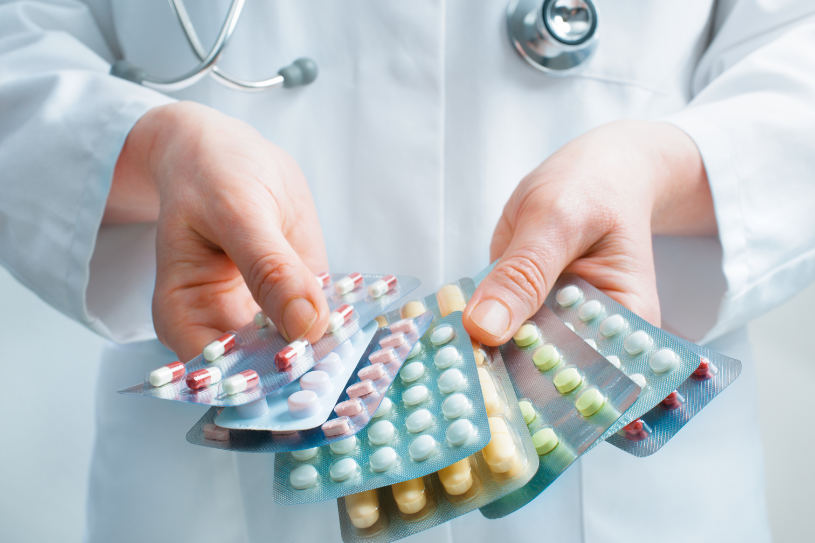 There are many Paroxetine uses, and, by all means, this drug is mainly used in treating anxiety and depression. However, medical practitioners may recommend some alternatives due to certain factors, some of which may be Paroxetine Interactions such as Paxil’s interaction with alcohol, adverse reactions, pre-existing conditions, and others. According to the FDA, aside from allergic reactions, patients who are taking the drug Tamoxifen should also consider using Paroxetine alternatives to avoid health dangers.

Both Paxil vs Zoloft drugs are effective in treating anxiety and depression. They restore the levels of serotonin hormone in the brain to the natural balance. This enhances mood and makes the body relaxed. Paxil vs Zoloft are prescription-only drugs and can be made available off-label for similar conditions such as trichotillomania, borderline personality disorder, dissociative identity disorder, and dysautonomia.

To Learn More About the Differences Between Paxil vs Zoloft, Take a Look at the Information Table Below:

Unlike Sertraline, Paroxetine should be discontinued more gradually as sudden stops may cause more severe withdrawal symptoms such as a headache. In terms of Paxil vs Zoloft side effects, both may produce drowsiness, nausea, and headache. However, according to a study published in the International Clinical Psychopharmacology, Sertraline is less likely to cause drowsiness with monitored continued intake. Though available in both tablet and oral suspension forms, Zoloft or Sertraline dosage is higher in milligrams (100mg) compared to Paxil’s 20 mg. In terms of efficacy, according to a study in Massachusetts, both Paxil vs Zoloft provide the same efficacy, especially for panic disorder. However, the former is more tolerated compared to the latter.

In Paxil vs Lexapro comparison, being antidepressants, both drugs are effective in treating anxiety and depression. When taken in the right dosages, they can improve mood and lessen the effects of anxiety and related disorders. When stopped suddenly, Lexapro and Paxil withdrawal symptoms such as dizziness, poor mood, vivid dreams, nausea, insomnia, and anxiety may begin manifesting.

To Know More About Paxil vs Lexapro Differences, Take a Look at the Information Below:

In terms of Paxil vs Lexapro side effects, Lexapro has fewer effects compared to Paroxetine. For instance, the drug is associated with xerostomia, decreased libido, constipation, and asthenia, effects that are not common in Lexapro. In terms of Paxil vs Lexapro efficacy, according to a study of medical doctors from the UK, Lexapro is more effective and well-tolerated compared to Paxil when treating generalized anxiety disorder. Lastly, before switching from Paxil to Lexapro, seek medical advice beforehand.

In Paxil vs Prozac, both are prescription-only medications that help in treating depression and anxiety disorders. As selective serotonin reuptake inhibitors, these medications increase the amount of serotonin hormone in the brain. The primary focus of Paroxetine is in treating depression in adults while Prozac can treat both adults and children starting from 8 years. Based on the half-life of Paxil, it takes only about 21-24 hours for the concentration of the drug in the plasma to drop by 50% while Prozac takes 4 to 6 days.

To Learn More About Paxil vs Prozac Differences, Take a Look at the Information Below:

In terms of side effects, both Paxil vs Prozac can alter the weight of the patient. Prozac and Paxil weight effects are visible for patients using any of the drugs. However, according to a study of medical doctors, Prozac weight changes may only occur during the acute phase of treatment. Moreover, in terms of Paxil vs Prozac efficacy, according to a clinical trial in Belgium, both have similar effects. However, Paxil is reported to provide fewer side effects compared to Prozac.

Paroxetine and Wellbutrin are effective antidepressants. Aside from treating depression, the former is used to manage panic attacks, OCD, and post-traumatic disorder while the latter is also an effective smoking cessation agent. Although the two drugs treat the same conditions, Wellbutrin vs Paxil mechanisms of operation are different. Paroxetine is a selective serotonin reuptake inhibitor (SSRI) while Wellbutrin is classified as norepinephrine and dopamine reuptake inhibitor (NDDI), a class also referred to as aminoketones.

In terms of Wellbutrin vs Paxil side effects, Paroxetine is associated with gastrointestinal disturbances, including nausea. While doctors recommend Paroxetine for premature ejaculation, there are side effects such as impotence, decreased libido, and organismic disturbance that patients need to be aware of. Wellbutrin, on the other hand, has side effects such as insomnia, agitation, and dizziness in addition to those it shares with Paroxetine such as gastrointestinal disturbances. In terms of their efficacy, according to a study, both of the drugs provide similar efficacy. The only difference in Wellbutrin vs Paxil comparison is about the possible side effects they give.

In Celexa vs Paxil comparison, both belong to the same drug class: selective serotonin reuptake inhibitors and Celexa vs Paxil are both used to treat anxiety and depression. Both provide similar efficacy and are well tolerated. The only difference in Celexa vs Paxil comparison is In terms of their side effects, Paroxetine side effects are more prominent compared to Celexa, especially the weight gain adverse reactions. Lastly, Celexa and Paxil withdrawal are also possible when patients abruptly stop the use of these medications.

Depression and anxiety treatment can take different medication alternatives depending on several factors such as drug tolerance, underlying health issues, drug interaction, and the target population. All the same, before getting onto treatment or switching from Paxil to Lexapro or any other alternative, seek professional medical advice and direction. Take note that only a medical professional may decide upon switching to some medication. Do not try to make any treatment changes without a doctor’s advice. Abuse of this prescription medication and its alternatives may require professional treatment as well. Consult the rehab institution representatives for additional information.