Paroxetine is an oral drug that is mainly used to treat depression in individuals around the world. With years in the market and millions of prescriptions given around the world, it is no doubt that Paroxetine has grown to include several names both street and generic.
The Paxil generic names vary from one manufacturer to the next while the street tags differ from one place to the next. The fact that the names keep changing does not mean that the main drug’s composition has changed. Seeing as the names have evolved with time, it is crucial to identify the different names given to Paroxetine, what they mean, and why it is important to explore them.

Paxil is the brand name of Paroxetine Hydrochloride. It was first approved for commercial use by the US government in 1992 and offered by GlaxoSmithKline. The drug has been used over the years as a selective serotonin reuptake inhibitor (SSRI) to treat depression in millions of people around the world.

Paroxetine has some generic/trade names. Any Paroxetine trade name usually denotes the same medication manufactured by other manufacturers. It is important to note that while the names are different, the quality of the drug and the packaging is the same. It is possible to consider any of these brands as merely another name for Paxil.

Generic Paxil is usually cheaper than the original brand, however. Some of the names used include:

Paxil is an antidepressant. Given the effect is has on its users, this opens it to abuse, which then makes it possible for people to sell it illegally. A Paxil pill is cheaper and more available than mainstream drugs. It is also less harmful than hard drugs. And while it has its generic brands, consistent use and the effects it has on its users is bound to influence its street use. The street tags are associated with the illegal consumption of Paroxetine for people looking for a Paxil high. 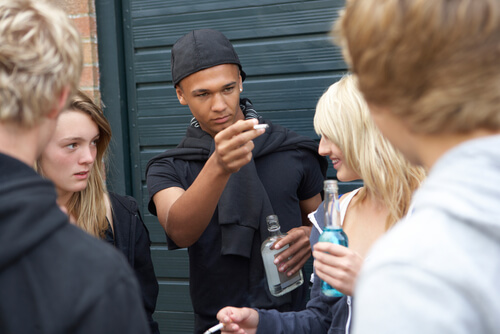 Most mainstream antidepressants get their names from the effect they have on the users, i.e., elevating their mood and making them feel happier. Paxil, however, has low recreational value; hence, it does not have any popular street names.

However, there are some less common slang terms for this medication. Most of them are derived from the original names of the pills the manufacturer created. Thus, if one hears a group of young adults discussing “pexies”, “pax”, or “brisdies”, they could probably be discussing paroxetine.

It is always essential to learn the different names accorded to Paxil, whether in its generic form or the streets. Understanding these names and labels has several benefits.

Here are some of the reasons why it is vital to learn the different generic names of Paxil:

It is also essential to understand the different street tags for Paroxetine. Some of the reasons include:

Considering that there are a considerable number of paroxetine generic names in the market and the streets, it is always essential to ensure that one talks to a trained professional before taking any drug. They are the only ones who can adequately prescribe the medication and prevent a Paxil overdose. A qualified professional will also be able to explain things like how long it takes for Paxil to work appropriately.

They are also better able to understand the Paxil side effects and advise accordingly. Not to mention that they might decide to prescribe a Paxil alternative which might work better or have less adverse reactions or avoid addiction.

Note that drug addiction requires specialized treatment, even if the person is addicted to seemingly harmless antidepressants. Drug rehab centers usually have specific programs for such individuals.