Addiction Resource » Drugs of Abuse » What is Kratom? » Strains

The Difference Between Kratom Strains: Red, White and Green Vein

Mitragyna speciosa (Kratom) naturally comes in three colors, distinguished by the color of the vein of the leaf. It can be white, green, or red vein Kratom. Currently, red Kratom strains are the most widely used, trumping the sales of white and green types combined. Apart from this, the strains can differ by the country of origin and the growing method, for example Bali, Borneo or Maeng Da. It can be crucial to know the difference between the strains, as various types of Kratom can have specific and sometimes opposing effects on a person’s body.

Red vein Kratom has a red stem and red-colored veins in the leaves. The bright color is supposed to signal danger and keep the plant safe from external threats. This type is the most widespread and persistent, growing in many countries. 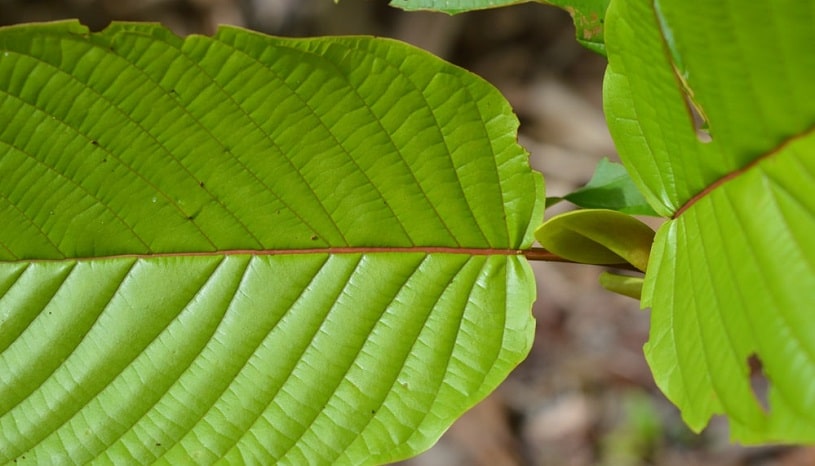 Generally, the red strain is known for its calming and relaxing effects. Regardless of its origin, the red strain is thought to relieve pain, prevent withdrawal symptoms of opioids, and grant the user a sense of peace. Although the plant doesn’t have any FDA-approved applications, some people report that the red strain of the herb helps them fight insomnia.

White Kratom derives its name from the white stem and leaf veins. This is considered to be the strongest among Kratom strains, regardless of its origin. White Kratom usually enhances mood, improves concentration, and boosts alertness. It also has the most potential for producing euphoria among all types of the herb. Therefore, users should experience caution. One of its most popular applications is substituting coffee when this type of plant is used instead of caffeine in its most widespread form. 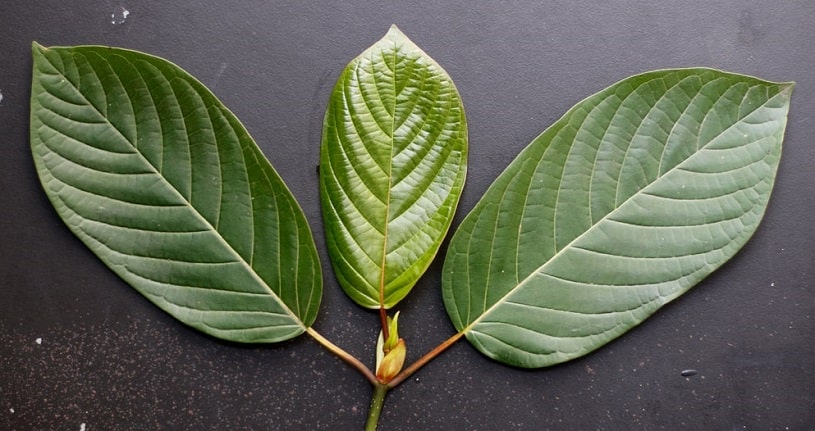 Green strain has a softer effect than both red and white Kratom strains, settling somewhere in the middle. It exerts a mild energizing influence on the body. When mixed with red and white Kratom types, green-veined Mitragyna speciosa can even their effects and cancel the excessive drowsiness or agitation, respectively. This sort of drug is believed to make people more open, talkative, and friendly.

As a rule, white Kratom strains will always be more energizing and stimulating than red ones. Apart from this significant distinction, the influence of the plant varies depending on the country of origin. The differences are quite subtle, lying mainly in the flavor and slightly different effect intensity.

Bali Mitragyna speciosa is one of the best-known plant strains for pain relief. It is present as green, white, and red Bali Kratom. Some report that smoking the powder works similarly to opioid painkillers. While red Bali Kratom has calming effects, white and green Bali strains are stimulating when large quantities are ingested.

Borneo is among the most relaxing types of the drug. Borneo comes in red, white, and green colors. By interacting with opioid receptors in the brain, the red Borneo strain of the plant exerts an incredibly calming influence. The type originating from Borneo is thought to be the most sedating, too.

Although it’s unclear whether the use of this drug is safe and effective, the Borneo strain has the potential of becoming a sleep aid for those struggling with insomnia.

Malaysia is a country of origin for Kratom strains of all colors, including white, red, and green. The most notable of them is called Malay Mitragyna speciosa. This type of Malay plant has green veins and stems. Reports suggest that Green Malay improves mood, and causes relaxation.

It is considered to be one of the most potent types of Kratom that causes euphoria. Overall, Mitragyna speciosa effects are poorly studied and can pose a danger to the user’s health. That’s why it is important to keep cautious when using the substance or restrain from it at all.

The strains originating from Thailand are mainly used for their stimulating effects. Green strains of this origin are known to produce an intense effect that sometimes resembles the high of opioid drugs. The Thai Mitragyna speciosa is among the most potent Kratom strains.

In Thai strains, mitragynine is the most abundant alkaloid in the plant. Due to its potency, the substance had been subject to a Kratom ban in Thailand until 2018. In 2018, the plant became legal for medical purposes across Thailand.

Indo strain is considered to have milder stimulating effects than others. It may still be energizing to some people, but Indo strains are better known for their relaxing and pain-relieving qualities. This type of plant also affects the mood and promotes the general feeling of well-being.

Vietnam strain comes as green, red, white, and yellow types of the herb. Only white-veined plants are thought to produce strong stimulating effects. Yellow Vietnam strain, in particular, might act as a relaxant with fewer side effects and less sedating influence.

Sumatra is the type of Mitragyna speciosa that has the most long-lasting effects. Red strains, in particular, are reported to produce relaxation and a sense of calm that lasts for up to 10 hours. In comparison, the effects of typical red vein Kratom of other types last for around 3 hours.

Different types of Kratom are bred for specific purposes and distinguished by their properties rather than origin. Depending on the strain, some of these types may have more pronounced Kratom withdrawal symptoms than others.

Maeng Da is a specific type of plant created to deliver pain relief together with stimulating effects. Maeng Da can be red, white, and green. Maeng Da of all colors is incredibly potent, energizing, and long-lasting.

Horn strain is named after the shape of the plant’s leaf. This type of drug displays the typical properties of plant’s red, white, and green strains.

Hulu is one of the rarest types of plant. It is grown in Indonesia, away from the densely populated locations. The Hulu strain is also the most unexplored due to its scarcity in typical stores that sell the drug.

Hulu is a strain that has more different alkaloids than other types, some of which lack in more widespread strains.

For instance, corynantheidine, contained in Hulu, is an opioid antagonist, which could account for more balanced effects of this strain compared to others. Epicatechin is another alkaloid in Hulu that acts as a powerful antioxidant, positively affecting a person’s cardiovascular system and cognitive abilities.

Red Dragon is a strain that is considered among the most potent types of Kratom. Unlike the name might suggest, it’s not the most stimulating one. Typically for all red strains, Red Dragon binds to the opioid receptors to promote relaxation, ease pain, and provide durable sedation.

Elephant Mitragyna speciosa carries its name due to the shape of the plant’s leaves: they are typically large and floppy, resembling elephant ears. This strain is also thought to be a balanced type.

Among all types, Kali is among the best for pain relief. Mitragyna speciosa for pain comes in many forms, but red Kali is thought to provide long-lasting, moderately sedating, and soft effects. The Kali strain is also among the plant’s purest forms, which accounts for its more natural and mild-acting qualities.

Green vein Kali is also a special type of plant because it provides pain relief and an energy boost in nearly equal intensity. This strain is more potent than almost all other types of green Mitragyna speciosa.

The designed strains of the herb are among the most dangerous. They are often highly potent and affect a person’s body and mind. In extreme cases, addiction may develop.

Bentuangie Mitragyna speciosa grows in Indonesia, in the region with the same name. Among various types of Kratom, this strain is special because it is fermented to alter its effects. While the plant is typically dried and ground, fermented Mitragyna speciosa goes through a different process. 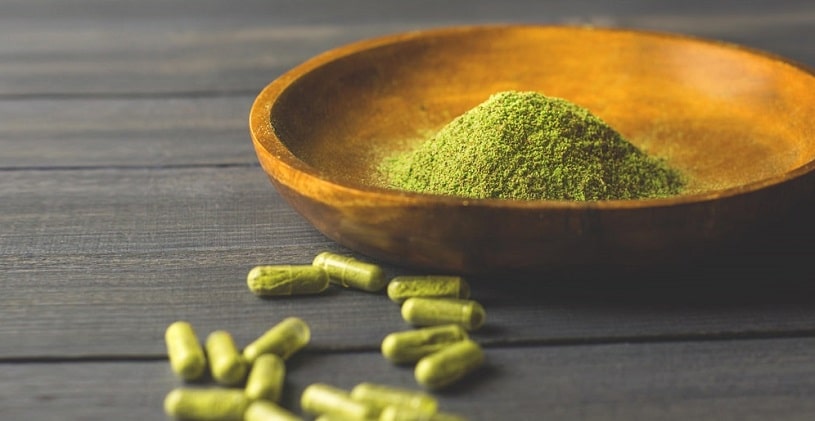 The fermentation process increases the concentration of 7-hydroxymitragynine, an active component in the plant. The element is known to exert an analgesic effect by interacting with the mu-opioid receptors. It allows manufacturers to increase this strain’s potency, but it can also lead to dangerous Kratom drug interactions. That’s why those who use the plant need to be cautious.

There are various Kratom strains that can produce a range of effects. However, this is not the only thing that makes its products different. It can also be produced and sold in various forms like capsules, powder, or extract.

Kratom Is Consumed in the Following Forms:

It is important to remember that the FDA does not approve Mitragyna speciosa, and there are no official dosages and recommendations on how often one should take Kratom.

Be Aware Of Effects And Possible Adverse Consequences

The difference between Kratom strains can be paramount, depending on the color and purpose of any particular type. In general, the plant’s origin is not as influential in determining its effects as the color is. Red vein Kratom constitutes the most popular kind of drug. They are associated with feelings of relaxation, sedation, and pain relief. Green strains work more smoothly and exert mild mood-improving qualities. White strains are considered to be the most potent Kratom types, primarily because they are always stimulating, energizing, and sometimes euphoric in large quantities.

Although there are many reports of people using Mitragyna speciosa to improve their health, the substance doesn’t have any approved applications in the U.S. Unregulated use can lead to abuse, addiction, or experiencing adverse effects after ingesting the plant. Therefore, it’s vital to seek help at a rehabilitation center as soon as any abuse signs are noticed.