Addiction Resource » Drugs of Abuse » What is Kratom? » Legality

Is Kratom Legal On The State And Federal Levels?

The Kratom legality map shows that its use is approved in several countries and some states in the US. However, due to its high potential for abuse, the FDA and DEA are issuing warnings to consumers to avoid its use. This article will answer questions such as, is Kratom legal, is flying with Kratom legal, and in which states can it be used?

Kratom Legality In The US

Officially, Mitrogyna speciosa is legal in the US on the federal level. There are no federal restrictions on Kratom legality, either to sell, possess, use, or grow different types of Kratom or its products. However, the FDA banned importing and manufacturing dietary supplements that contain Mitragyna speciosa as an ingredient. There is obvious reasoning behind such a decision: in many countries and the US, it has become a growing concern of public health.

There is no drug prohibition by federal law. Still, the FDA and DEA have already taken precautionary measures by warning the public about false claims, safety issues, and its high potential for abuse. It is now up to the DEA to decide whether or not Mitragyna speciosa should be classified as a Schedule I drug, similar to opioid-like heroin, and impose a DEA ban on the herb. It can cause addiction and withdrawal effects when stopped.

Some deaths being linked with this drug involved alcohol and other drugs. Unless the federal government declares a total ban, it’s the state’s decision whether or not to allow the substance.

The FDA does not recognize any medical use for Mitragyna speciosa. Together with the DEA, the agency is fighting against its legality by suggesting a Kratom ban. They continuously warn consumers about the drug’s safety because of several issues.

One of the significant reasons is misbranding. The Kratom legal status allows vendors to sell it. In their marketing campaigns, they claim that the plant’s effects help in the treatment of patients diagnosed with anxiety, depression, and even cancer. Despite several research studies that report the benefits and effects of Mitragyna speciosa use among such patients, there is insufficient evidence to claim that treatment of such conditions is possible. The plant intake for alleviating the effects of opioid withdrawal is also a rising concern. 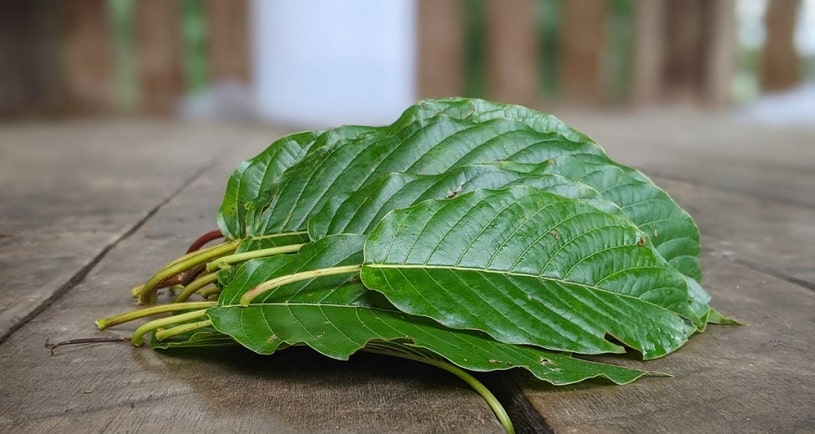 Some products were contaminated with Salmonella leading to the disease outbreak across the United States in 2018. The investigation helped to recall the contaminated products; however, it did not affect the drug’s legality. The FDA has also identified heavy metals in Mitragyna speciosa products, specifically lead and nickel exceeding the safe amount for a daily intake. This means regular users may have dangerous levels of contact with these metals.

In contact with the Department of Health and Human Services, the FDA recommends the DEA change the drug’s classification to a Schedule I substance, treating it similar to some opioid medicines, making it illegal. The main argument is that the plant poses a high risk of drug abuse and addiction. These pieces of evidence, corroborated by statistics, are crucial for the process.

While the plant remains to be federally legal, Kratom legality differs by state. Some states ban Mitragyna speciosa cultivating, selling, possessing, and use, making it illegal. At the same time, other states have limited restrictions or none at all. Below is a table representing Kratom legal status in different states. 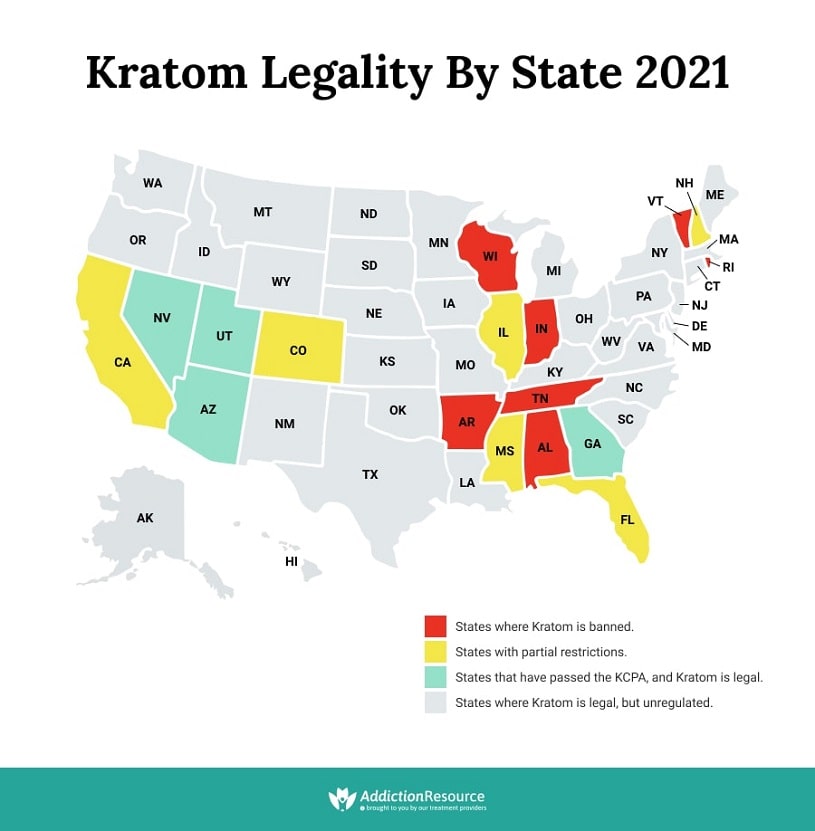 What States Have Banned The Herb?

Currently, 7 states have a total Kratom ban. They include Alabama, Arkansas, Indiana, Rhode Island, Vermont, Tennessee and Wisconsin. The local governments united through legislation or listed Mitragyna speciosa as a Schedule I substance.

States Where The Plant Is Legal With Partial Restrictions

In California, the plant is legal but not in the cities of San Diego and Oceanside. The San Diego City Council chose to impose a total Mitragyna speciosa ban within the city limits in June 2016.

Mitragyna speciosa is legal across Colorado except for Denver. Human consumption of the plant was restricted in Denver in 2017 by the state’s Environmental Health Department.

In 2016 and 2017, several efforts were made to enact bills that would make Mitragyna speciosa illegal in Florida. However, they were all unsuccessful. In 2014, Sarasota County approved the Kratom ban, listing Mitragyna speciosa among illegal designer drugs within county territory.

The Kratom Control Act prohibits the use by minors in Illinois. Since August 2019, possession and selling within the village of Glen Carbon is illegal. It is also not legal in such cities of Illinois as Alton and Jerseyville.

In Mississippi, a total of 33 counties and towns made the drug illegal. There was an attempt to ban it statewide in 2018, but it failed. As a result, the residents and officials decided to tackle Kratom legality by local governments.

In New Hampshire, it is legal except for in Franklin City. Everywhere else in the state, anyone over the age of 18 can use it. In 2019, a statewide Kratom ban was attempted, but it failed.

For the rest of the states, the legality remains the same as on the federal level. Most of these states continuously tried to pass the ban of Mitragyna speciosa. Some still make the news for their efforts, while others wait for the official FDA ban.

The Kratom Consumer Protection Act (KCPA) is a law that protects consumers from products containing the herb which may be dangerous to their health by ensuring standards and regulations for all products that contain the drug. It also allows for the effects of an outright ban to be avoided. 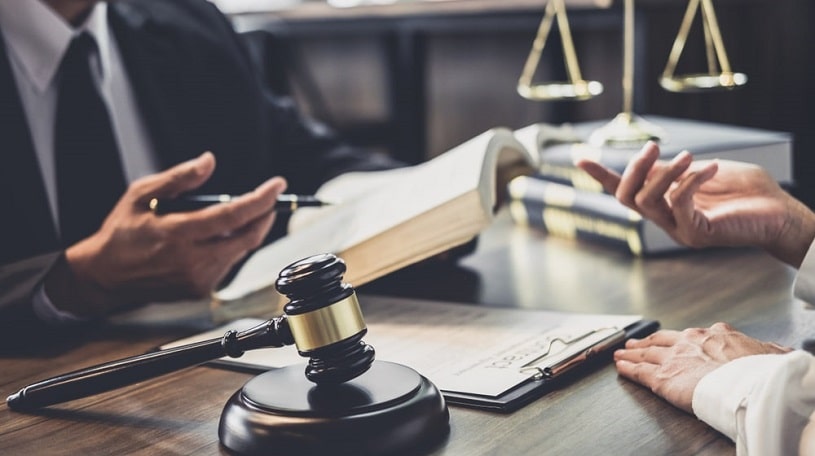 In the United States, some states have passed this act, including Arizona, Georgia, Nevada, and Utah. However, there may be some counties or cities in these states which have illegalized the herb.

In New York, the act is currently pending in the senate and is yet to be enacted. Meanwhile, in New Jersey, a bill is pending to do the opposite; to make possession and sale of Mitrogyna speciosa illegal.

Is Flying With Kratom Legal?

In the absence of a federal Kratom ban, one may still carry the plant or its products to the United States, except for the states where it is illegal. If one is caught with Kratom supplements in these places, there are legal actions to face.

Kratom legality is constantly changing in many US areas. Before flying with Kratom anywhere, it is essential to know if one’s destination approves the possession and use of the substance.

The Dangers Of Unregulated Herb

Regardless of where one might stand regarding the herb, its status as an unregulated drug federally can be dangerous. It is not a controlled substance, which allows for it to be purchased and produced unchecked.

Many people who use this herb do not grow their own plants and will buy the supplements online. There is a lot of danger in this as the manufacture of these supplements is not regulated federally. This means many people can receive it mixed with other drugs such as an opioid to increase the chance for addiction. As earlier stated, they may end up coming in contact with heavy metals. They may also ingest an inexact dosage, which can lead to overdose on Kratom, especially if it is combined with alcohol or other drugs.

Another danger of it being unregulated is how many people see it merely as being a supplement. Supplements are thought to be all-natural and utterly healthy in most cases, but in the case of this herb, there is danger in the fact that it has the potential for causing addiction, which many users are unaware of. Individuals use it for treatment of health conditions, not knowing they are risking addiction. Many only realize this after stopping the drug and experiencing Kratom withdrawal.

Proper regulation around this herb will prevent most of these problems, particularly if implemented on a federal level. Uninformed use of the drug will only cause an increase in Kratom ban news.

Despite all the laws and preventive measures enacted to help control Mitragyna speciosa use, some still take the drug for non-medical purposes. Any way of intake can lead to addiction. In the case of abuse or addiction, contact a doctor immediately.  Drug rehabs can help with the detoxification and withdrawal process. Treatment for substance abuse is complex, but successful recovery is possible with the right approach.