Addiction Resource » Drugs of Abuse » What is Kratom? » Side Effects

Kratom Effects: The Dangers Of the Plant

Kratom side effects are still poorly studied, yet numerous reports suggest they can be significantly dangerous to a person’s health. The negative symptoms of using the substance can range from mild to severe, like Kratom nausea or anorexia and liver damage. Whether an individual has already tried the drug or is just planning to do so, it’s essential to know about the potential dangerous Kratom effects and how to cope with them.

The Kratom effects on health may differ depending on several important factors. One is the dose of the drug given, while the other is a particular strain used. The herb effects are usually noticed within 5-15 minutes of taking it. At lower doses, the symptoms include sedation, feelings of pleasure, reduced feelings of anxiety, desensitization to pain and other unpleasant stimuli, relaxation, and in some cases even stimulant effects at very low doses. Those using it for medical purposes can benefit from its pain-relieving qualities. At higher doses, these symptoms are enhanced but may also be accompanied by changes in mental state such as stupor, confusion, and delirium.

Kratom safety has been subject to debate for many years. Little reliable and conclusive research has been done to assess the plant’s safety and effectiveness. Due to Kratom legal status in the United States, it’s challenging for many researchers to study the substance. Mitragyna speciosa is not illegal to possess and use in most states; however, its importing as a dietary supplement is banned by the FDA. The FDA has also expressed concern about the plant use, saying it’s not just a herb but an opioid, which should be regulated.

The concerns around the plant stem from the side effects of Kratom usage. Since Mitragyna speciosa acts on opioid receptors, it can cause problems with a person’s breathing, heart rate, and mental state. Moreover, if used often and in large quantities, it can lead to abuse and addiction.

The Most Common Adverse Reactions on Health Include:

While the reported symptoms frequently go away on their own, some can be dangerous when left without treatment. Moreover, if one takes Kratom with alcohol or other substances, it can make the symptoms more severe. Since such interactions haven’t been thoroughly studied, it is impossible to know what to expect from these combinations.

The long-term Mitragyna speciosa use is not a well-studied occurrence. However, research suggests that frequent and regular exposure to the drug can lead to various adverse health impacts that vary in severity. Those who keep ingesting such drugs for a long time may experience worsening of some common adverse reactions and the development of new, more dangerous symptoms.

The Most Frequent Long-Term Kratom Effects Include:

Nausea is among common Kratom side effects. Despite the medical benefits that some people experience, nausea can be inhibiting for many people, too. The substance is thought to cause nausea by binding to opioid receptors, which can be responsible for the feeling of sickness. For a small number of people, nausea can be triggered by the flavor of a particular strain of the plant. 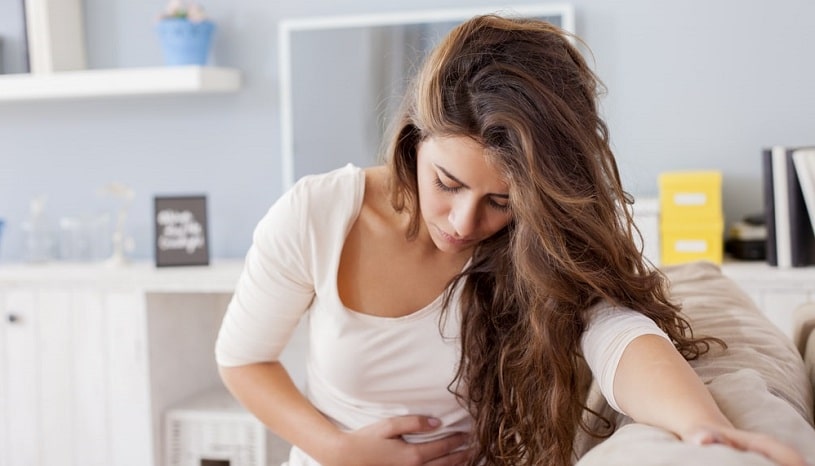 Typically, the condition is mild and doesn’t require treatment. However, if Kratom nausea leads to vomiting, a person might get dehydrated and require hospitalization. Both nausea and vomiting can also indicate the impurity of the product that the person uses. Since Mitragyna speciosa is banned from importing as a dietary supplement, it’s impossible to ensure the quality of products that cross the border.

Eye wobbles, or a condition called nystagmus, are very characteristic of Mitragyna speciosa. Some people report feeling their eyes “skip” involuntarily from one place to another, causing accompanying Kratom effects such as dizziness, vertigo, and nausea. Although eye wobbles are not dangerous by themselves, this can happen to be one of the more severe Kratom side effects.

When the nerves in a person’s eye twitch uncontrollably, it can make it incredibly difficult to focus on the simplest tasks. While reading and writing are usually not a matter of life and death, driving and operating industrial machinery can both be deadly to someone who experiences eye wobbles as a side effect.

Headache during drug use can be one part of a whole bunch of adverse reactions, accompanied by confusion, hallucinations, depression, and anxiety. Since Mitragyna speciosa alters the brain’s normal functioning, it can cause headaches ranging from mild to severe. Also, a headache can result from ingesting contaminants since the quality of Mitragyna speciosa products is not controlled in the United States.

If the headache persists, it is advisable to seek medical attention to rule out the possibility of other severe underlying conditions.

Weight loss is one of the most significant dangers of this substance. While for many other drugs, weight loss is a mild side effect, Mitragyna speciosa is known for causing a rapid and significant decrease in a person’s body mass. The plant, mainly green Maeng Da strain, can suppress the appetite to the point of people forcing themselves to eat to maintain a normal weight. At the same time, mitragynine (the primary alkaloid in Mitragyna speciosa) is believed to increase a person’s metabolism, enabling the individual’s body to convert food to energy faster. The simultaneous boost in metabolism and plummeting appetite contribute to dangerous Kratom weight loss and can even trigger the development of anorexia nervosa and other eating disorders.

Is Kratom Bad For One’s Liver?

One of the less-known yet significant Kratom side effects is liver damage. Some form of liver injury has been reported in drug users, but the exact mechanism of how the drug causes the damage remains unknown.

When the plant is the reason for the injury, even microdosing Kratom can be dangerous. A study reveals that even the ingestion of tea from the plant’s powder can induce acute hepatitis and be life-threatening. There are also cases when Mitragyna speciosa acts as an amplifier to the liver problems caused by other drugs and medication that a person takes.

There is no direct link between the plant and kidney stones. However, reports suggest that regular or excessive use of this plant can contribute to their development. The drug often increases the frequency of urination, making a user lose water more quickly. As a result, the person can suffer dehydration.

Dehydration is not the main factor in the formation of kidney stones, but the loss of fluid that is left unattended can cause damage to the kidneys.

The problems connected to Kratom and kidneys may also develop because of the toxicity of the drug. Although Mitragyna speciosa is believed to be of moderate action, the products containing it can have various unknown and dangerous contaminants. The lack of reliability of such products also makes it hard to evaluate how the plant in its pure form affects the kidneys.

Hair loss is, fortunately, one of the less probable Kratom dangers. There are no studied indications for the drug to cause hair loss, although some users report thinned and falling out hair that they connect to their use of the plant. 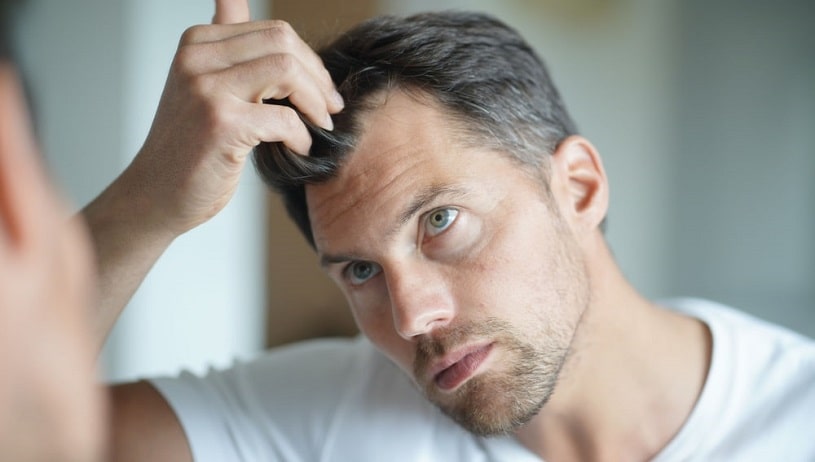 Hair loss might be one of the Kratom long-term side effects, as it occurs after prolonged exposure to the drug. Mitragyna speciosa is believed to possess immunostimulating properties, which can sometimes be linked to hair loss. For instance, a person’s immune system can be overly active and attack the hair follicles, causing inflammation and subsequent damage to the hair.

Some people take Kratom pills to improve their libido and sexual performance. Although the plant does have a potential for enhancing libido, it sometimes works not to boost sex drive but to inhibit it. Erectile dysfunction, delayed orgasm, reduced sensations, and less pleasure from sex can all be the side effects of Kratom.

Red strains of Mitragyna speciosa can contribute to sexual dysfunction by exerting a relaxing and sedating effect. White and green stains are generally simulating, and they can induce anxiety in higher doses as a side effect, which also contributes to the loss of libido.

The drug is generally not safe to use during pregnancy. Since the plant is not regulated in the U.S. as a medicine, there is no way to control its quality. In some cases, a person will be fine even if the product they have ingested is of poor quality. A fetus, however, may suffer severe side effects of such usage. Secondly, Mitragyna speciosa binds to opioid receptors, and while it’s not an opiate itself, it might cause dependence in the child. 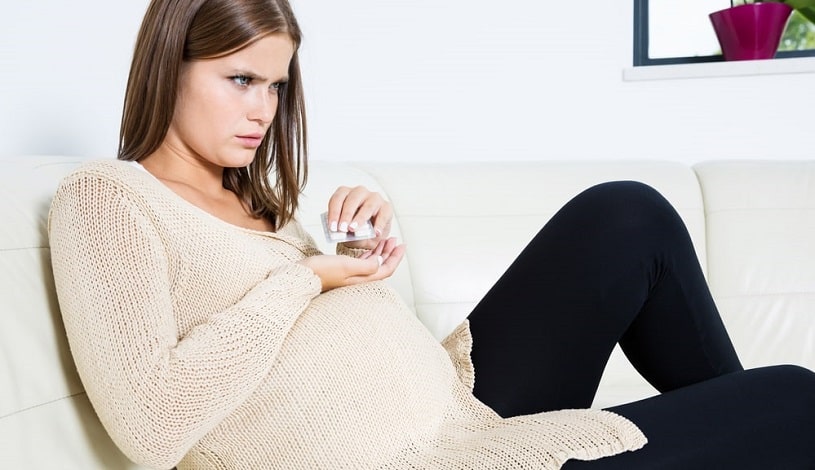 Using Mitragyna speciosa during breastfeeding is also not recommended. Mitragynine and 7-hydroxymitragynine, the drug’s main acting components, are exerted into the milk and can be ingested by the baby. It is unknown how the exposure may affect the newborn, as no reliable studies on the matter have been conducted. Current users of the drug who are breastfeeding should consider discussing alternatives to Kratom with their doctor.

How To Cope With Kratom Side Effects

The side effects of Kratom are more frequent and widespread than many people believe. The most common negative consequences include constipation, eye wobbles, nausea, heart problems, and sexual dysfunction. People with pre-existing liver and kidney issues may also notice their conditions worsening. The long-term Kratom effects can become progressively more dangerous, particularly if the user increases the dose. Mitragyna speciosa can also cause physical and psychological dependence. If a person notices any side effects or signs of abuse or addiction, it is critical to seek professional substance abuse treatment and therapies. Such facilities as drug rehab centers can provide their patients with a full spectrum of required services to ensure effective recovery from addiction.

Is Kratom Bad For Your Heart?

Since Mitragyna speciosa acts as a stimulant, it is tightly connected with the heart rate. The substance contains alkaloids that stimulate epinephrine and norepinephrine production, triggering a response from the cells that are sensitive to these chemicals. The heart is one of the organs that contain such cells. Consequently, the use of this drug can rapidly increase a person’s heart rate and blood pressure, leading to a stroke or heart attack.

Does Kratom Cause Constipation?

Constipation is one of the most frequently reported side effects among the users of this drug. The plant’s powder is disruptive to the digestive processes, which causes a variety of adverse side effects, including constipation. The condition arises because frequent use of the substance tends to slow down the digestive system functioning. Constipation is typical with all Mitragyna speciosa strains, although some users report fewer problems with the white vein type.