Methocarbamol Interactions: What Can One Take With Robaxin?

Robaxin (methocarbamol) is a drug that acts on the central nervous system to lessen the intensity that muscle pain and stiffness are experienced. Robaxin is typically taken to complement rest and therapy. Although its potential therapeutic benefits are great, some methocarbamol interactions can lead to serious side effects that can lead even to death.
People prescribed with this drug often ask wonders can they take Ibuprofen with methocarbamol? This article will provide information about the most common methocarbamol drug interactions with drugs, food, and drinks patients should avoid during Methocarbamol therapy.

Non-steroidal anti-inflammatory drugs, which are largely available as over-the-counter pain relievers, are typically recommended as the first line of treatment to ease back pain. There are studies that have shown how a methocarbamol Ibuprofen combination may be more effective than just taking either of these two drug classes alone. 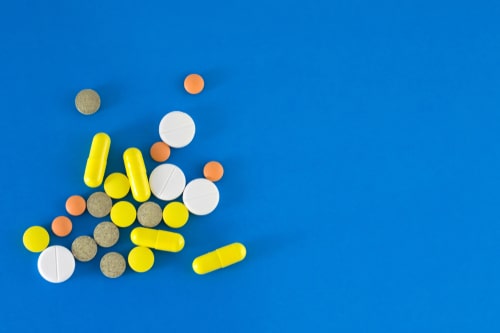 This Ibuprofen and methocarbamol combination is often prescribed for back pain but also for sprains and neck pain. Still, a study published in the Korean Clinical Laboratory Science, maintains that the therapeutic effects of methocarbamol interactions with Ibuprofen can be further augmented when accompanied by invasive stretching.

Acetaminophen, the generic name of Tylenol, is also typically prescribed for combination with Robaxin. Methocarbamol used for relaxing tensed muscles can be combined with acetaminophen, which is an OTC pain reliever. Despite that Tylenol is OTC medication, it is also cheaper in comparison to Robaxin cost and can be used to save some money during the treatment course. Methocarbamol-acetaminophen may be taken in the form of combination drugs, such as Robaxacet, which are available in generic, unbranded varieties.

Like Ibuprofen and acetaminophen, physicians also sometimes prescribe a Robaxin dose to be taken with Naproxen. The goal is to lessen the pain while stiff muscles are relaxed. However, a study conducted by Friedman concluded that methocarbamol and Naproxen, when taken together, do not deliver improved outcomes compared to just taking Naproxen alone.

Methocarbamol drug interactions with other muscle relaxants can be expected to intensify these side effects. Besides, duplicating therapy has not been proven to improve treatment efficacy.

Robaxin And Flexeril Together

Methocarbamol drug class falls under the same drug class as Flexeril. Both drugs are approved for use as muscle relaxers, exhibit antispasmodic properties, and act on the central nervous system to block the sensation of pain. 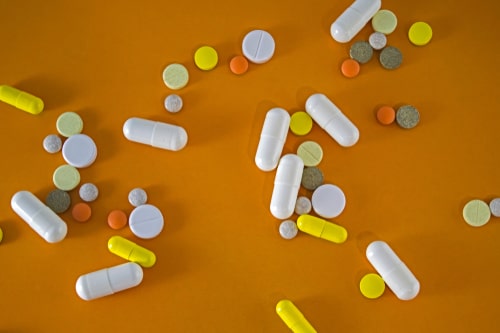 Other than intensifying side effects, cyclobenzaprine and methocarbamol interactions will also cause contradictory effects on the central nervous system. The former causes palpitations and high blood pressure, while the latter is associated with lowering blood pressure. This contradiction between cyclobenzaprine and methocarbamol can easily lead to a life-threatening situation.

Methocarbamol drug interactions with opioids can lead to the following severe adverse effects:

An FDA warning, released in 2016, stressed that combined medication involving methocarbamol and opioids should only be limited to cases where alternative treatment courses have been exhausted.

Methocarbamol drug interactions with opioids are deemed of lesser risk than with the customary dispensing of Carisoprodol with opioids. However, instead of Methocarbamol and Oxycodone combination medication for pain management, physicians more routinely prescribe Oxycodone together with Aspirin, Acetaminophen, Gabapentin, or Pregabalin. A study by Raffa, et. al, published on Drugs Today, found evidence that these combinations may be more beneficial and even potentially reduce side effects. 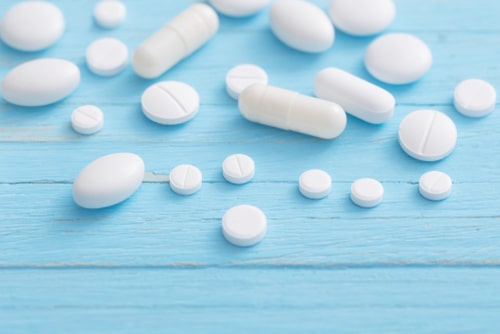 Robaxin and Tramadol are usually prescribed for the management of moderate to severe pain accompanied by muscle pain and tension. When either drug is taken, mild sedation can be expected. However, combining Tramadol and methocarbamol as part of a treatment course may increase the risk for more intense drowsiness and, thus, the potential for injury.
Tramadol and Robaxin, if taken only in quantities and frequencies prescribed by a physician, should be safe even when taken together.

At higher quantities and prolonged use, these drugs can develop into an addiction.

Robaxin And Other Drugs Interaction

Robaxin interactions have also been observed with other drugs. Care should be taken when taking other drugs as part of regular maintenance or course of treatment.

Gabapentin is a widely used medicine for managing epilepsy, seizures, and nerve pain. Methocarbamol and Gabapentin are both used to ease pain, particularly lower back pain.
Taking Gabapentin and methocarbamol together has been shown to result in intense drowsiness, lack of focus, confusion, increased risk for injury, depression, and suicidal thoughts. Side effects vary from person-to-person. This combination is generally not recommended for older adults.

Xanax is a prescription drug used to treat stress and anxiety. Its active ingredient, alprazolam, is known to work by depressing the central nervous system.
When methocarbamol and Xanax are taken together, the depressing effect can intensify and cause an increased risk for injuries as a result of increased confusion and drowsiness. This drug combination has also been reported to cause impaired judgment. 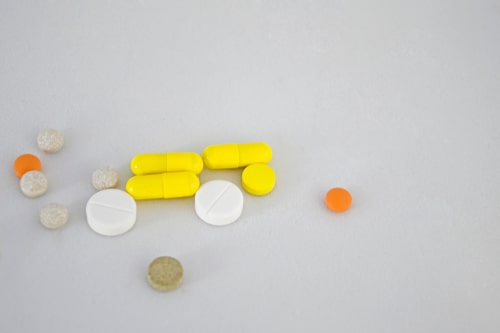 Diphenhydramine, better known by its brand name, Benadryl, is an antihistamine that also works as a CNS depressant. It can lead to the same side effects that can be experienced when taking Robaxin. Thus, expect intensified risk for experiencing symptoms such as drowsiness and difficulty concentrating when taking methocarbamol and Benadryl together.

Aside from methocarbamol drug interaction, care should be taken to ensure it does not interact with the patient’s diet. Although food interactions are not typically checked for methocarbamol tablets, the consumption of alcohol and weed can intensify the adverse effects of this drug.

Can one take Robaxin and Alcohol together? Alcohol is contraindicated for a wide variety of medicines, including Robaxin. Combining methocarbamol and alcohol increases the risk of experiencing the side effects of Robaxin involving the nervous system. Other than this, methocarbamol-alcohol interaction can be fatal.
In a documented case involving a patient-reported to have ingested alcohol and methocarbamol together, the researchers found the cause of the patient’s death is the interaction of carbamates in Robaxin and alcohol. 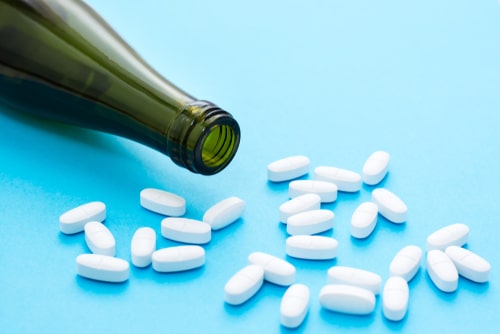 Ask A Health Professional Before Taking Robaxin With Other Drugs

Take note of the following reminders when medicating with Robaxin:

Stay cautious during the course of Robaxin because this drug has addictive properties. If any signs of Robaxin abuse were noticed on should enroll in an addiction treatment program before it is too late. Ask a doctor about a suitable rehabilitation facility that will match the patient’s needs.