Pain Medications While Pregnant And Breastfeeding

According to the results of research published in the Canadian Medical Association Journal, most pain meds are not safe for use during pregnancy because they can increase the risks of miscarriages. Additionally, the use of painkillers during breastfeeding can also lead to severe medical conditions, including liver toxicity and delayed development in the newborn. This is why taking medication for pain while pregnancy or breastfeeding should be approached with extreme caution. Taking pain meds while pregnant sometimes necessary and they shouldn’t harm either mother or baby, so there are several drugs suitable for pregnant and breastfeeding mothers. What are the dangerous and safe painkillers to use during pregnancy and breastfeeding?

Learn About Using Painkillers While Pregnant:

At least half of all pregnant women experience back aches and discomfort during pregnancy. This pain often lingers after childbirth and into periods of breastfeeding. Most of the acute and chronic pain medication taken passes to the baby, so this is why women are concerned about getting harmless medication when in pregnancy.

Other side effects are specific to the kind of painkillers taken. With Non-steroidal anti-inflammatory drugs like Diclofenac and Naproxen, the biggest risk to the mother in pregnancy is a miscarriage. This is why they are only prescribed if the effects of the drug outweigh the risk of losing the baby. 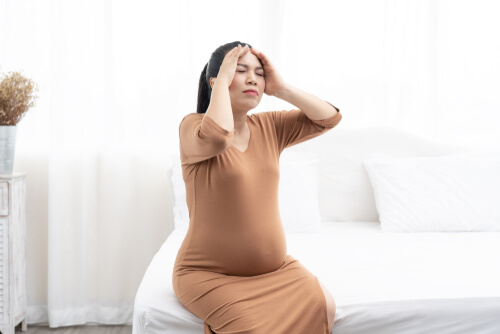 Compound painkillers may also have multiple side effects in pregnant women. They are pain meds that have more than one active compound. For example, co-codamol is a combination of codeine and paracetamol, and it’s prescribed for more severe conditions. But, while paracetamol is safe for pregnancy, codeine and codeine-containing medications are not. According to research about the effects of codeine on pregnancy outcome, codeine can cause:

When prescribing medications, physicians use established guidelines for prescribing pain medications for pregnant and breastfeeding mothers. Can painkillers kill a woman when used in pregnancy? If mothers adhere to prescriptions given by the doctor, the answer is no. In adhering to doctor’s prescriptions, pregnant women should also avoid combinations like coffee and painkillers, as it can cause severe damage to the liver.

Pain Medications And The Fetus

Besides miscarriages, taking pain meds in pregnancy can also lead to a host of complications and deformities in the unborn fetus. According to research conducted by the University of Edinburgh, painkillers can cause future infertility in unborn fetuses. It showed that non-opioid pain medication like ibuprofen and acetaminophen reduced the number of egg-producing cells in the fetal ovaries. It also showed that painkillers reduce the number of cells that later give rise to both sperm and ovaries in the unborn child. Another study led by the Center for Disease Control suggests that the use of pain meds during pregnancy can cause the following congenital deformities:

The likelihood of the fetus developing these deformities increases with the use of painkillers during pregnancy. That’s why women always have to ask their physicians about what pain medication is safe when pregnant before taking any.

Several of the drugs in this category are available over the counter. And since many women in pregnancy self-medicate, they are at risk of several conditions including miscarriages and malformations in the fetus. Some of the pain medication during pregnancy to avoid include:

Several of these medications are opioids, and as a result, mothers should detox from pain meds as soon as they discover they are pregnant to reduce the fetus’ exposure to the drugs.

What pain medication is safe during pregnancy? There is only a handful of painkillers that are safe for pregnant women. However, their safety isn’t 100% guaranteed all the time because pregnant women react to drugs and other substances differently. Most drugs can cross the placenta and reach the fetus, that is why the proper care needs to be exercised while managing pain in pregnancy.

In many cases, drugs that are recommended for some women are contraindicated for others because of the unique peculiarities associated with each woman. Thus, prescriptions should only be taken when recommended by a physician.

Here is a list of safe pain medication during pregnancy: 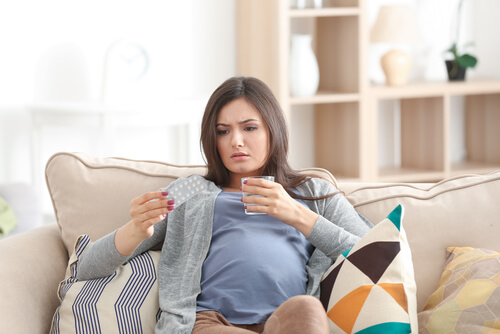 In some cases, a painkiller can be replaced with alternative pain medication, such as natural remedies like valerian root. However, this also requires prior consultation with a doctor. There is a myriad of painkillers that are not suitable for pregnancy, and self-medicating can only lead to a host of complications.

Since mothers may experience pain during breastfeeding (often as a secondary effect of the stresses of childbirth), drugs taken can pass through breast milk to the baby. This is why using pain medications while breastfeeding period should also be monitored by a doctor.

It is recommended that babies take breast milk exclusively for the first six months of their lives. During this time, all the components of the breast milk are made from nutrients in the mother’s body. As a result, medication taken by the mother will be included in the milk-fed to the baby, especially pain meds. Even though most drugs taken by the mother pass through the milk, they do so in varying quantities. Generally, the more the dosage of pain meds taken, the higher the concentration that ends up in the milk. Mothers need to ask their physicians about how long painkillers last to synchronize their intake with the baby’s nutrition schedule.

Self-medicating can lead to a lot of complications and unintended harm to the baby.

According to research published in the National Library of Medicine, only a handful of medications taken by the mother are dangerous to the baby. Most drugs are safe as long as the specific dosages are adhered to. For the drugs that are contraindicated, they have been known to cause symptoms like poor feeding, uneasy sleep, bradycardia, breathing problems, and irritability. This further stresses the importance of adherence to prescriptions. Some of the dangerous painkillers while breastfeeding include:

A research conducted by the US National Library of Medicine shows that only a small fraction of drugs ever make it to the baby through the breast milk. However, there is still a lot of controversy on the level of evidence. Scientists believe that more research is needed to determine which drugs are safe, and in what quantities. This information should be kept in mind when mothers attempt to buy pain meds overnight when the pain is too severe; only purchase drugs with a prior prescription. It’s better to call an emergency service in a situation like this.

Here is a list of safe painkillers while breastfeeding: 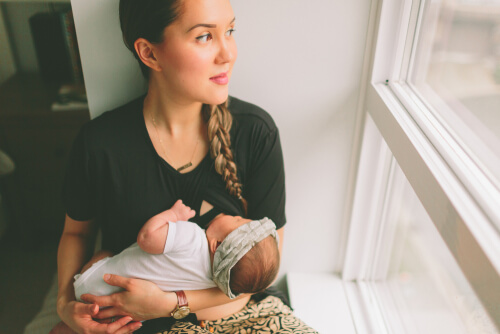 Note that it’s required to consult a doctor before taking any pain medications mentioned above as one that is safe to one woman might cause harm to another pregnant woman.

Firstly, mothers should ensure that the that taken pain medication in pregnancy is safe for the baby. The most recommended drug in this category is Tylenol. It is suitable for both adults and children, and it is one of the few liquid pain meds that are recommended in pregnancy. However, there are still conditions like the dosage, amount, and the gestational age which influence how safe is the drug for a woman.

Ibuprofen is not safe pain medication during pregnancy as many may think, because it is harmful to the fetus. In safely managing pain in pregnancy and breastfeeding, consulting with the doctor is of utmost importance. A physician’s prescriptions will be tailored to the unique needs and conditions of mothers and their babies, and it is the only acceptable option.

After taking pain meds, mothers who feel sick or who observe unusual behaviors in their babies should discontinue the medication and seek medical help immediately. Besides meds that have not been prescribed by physicians, mothers during pregnancy and breastfeeding should also stay away from controlled pain meds to avoid adverse effects like paranoia, hysteria, and CNS depression (unless they have been prescribed by a doctor). Mothers who have developed addictions to these controlled substances should seek help for treating the addiction. Solutions like recovery steps and rehabilitation programs for drug addictions are available and should be explored.

Mothers should also never take painkillers and alcohol during pregnancy and breastfeeding because even though alcohol alone is dangerous, the combination can cause drowsiness, impaired judgment, and fetal injury.