How Long Do Painkillers Stay in The System?

Painkillers are drugs administered to patients to relieve them of pains by dousing a current pain signal sent to the central nervous system.

Painkillers refer to a broad family of medications for pain relief, which cuts across opiates even down to narcotic sedatives. Structurally, painkillers are categorized into non-steroidal anti-inflammatory drugs (NSAIDs), like meloxicam, non-opioid medications like ibuprofen and paracetamol, and opioid painkillers like oxycodone and Demerol.

Why Some People Retain Painkillers Longer Than Others

The amount of time that a painkiller lasts in a person’s body is dependent on multiple factors. From the weight of the individual and his body fats to his health and metabolism, numerous bodily functions play a significant role.

Aside from this, the type of prescription also matters, which brings us to the dosage and quality of the painkiller ingested.

If one has more body fats and tissues, the chances that their body will more readily retain substances with a relatively lower metabolic rate (when compared to the faster metabolic rate of someone with less weight) are higher.

Also, most painkillers, especially from the opiate family, have a lot to do with kidney and liver. Thus, if the duo is not working well, painkillers, in most instances, may spend more time in the body. Lastly, the dosage is equally important. Paracetamol and opioids are reasonably sensitive to the quantity patient ingests, as their activity time or the peak time is closely related to the amount they took in. 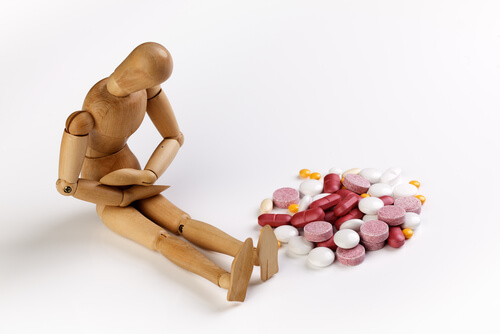 How Long Do Painkillers Stay in The System?

On the whole, opioids tend to have a half-life of one to seven days, depending on the drug taken. However, they may show up in hair for up to 90 days.

The half-life of NSAIDs also depends on the type of medication. Such anti-inflammatory meds for chronic pain like Naproxen and celecoxib are defined as long-acting pain meds and stay in the system for more than 6 hours.

Non-narcotic pain meds half-life is only a few hours. Acetaminophen, which is considered as safe pain medication for pregnancy, stays in the system for 2-3 hours, ibuprofen – for 1,5-2 hours, aspiring – for nearly 3 hours. Those who are going to pass a drug test should not worry at all about the presence of these painkillers in the system.

How the Human Body Metabolizes Painkillers?

Different types of pain medications have different ways of metabolization in the body.

NSAIDs metabolize in the body obstructing the functionality of enzymes like cyclooxygenase. The following proteins are also referred to as (COX) enzymes. Their major work in the body is producing chemicals like prostaglandins which principally produce inflammation and pain at the spot where they had the injury or physical damage. So as NSAIDs metabolize, they eventually block COX enzymes so that the pains are not transmitted to the central nervous system.

About paracetamol, much has not been done really to unveil its detailed metabolic path. But from what has been scientifically established so far, paracetamol is believed to metabolize by mean of obstructing the COX enzymes that are in the human brain as well as that of the spinal cord. This shouldn’t take more than 5 hours.

Opioids, on the other hand, work by bundling up with targeted opioid receptors in the central nervous system, reducing the number of reactions users exhibit to pains eventually increasing the tolerance. Opioids metabolize to a half-life in about 6-8 hours. 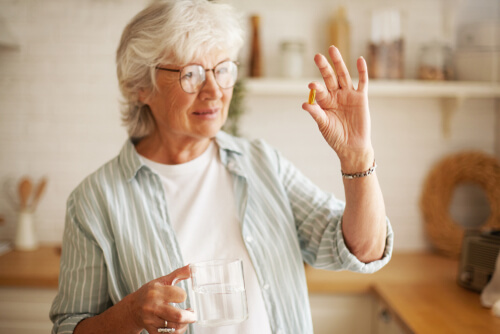 How Long Can Painkiller Effects Last?

Non-narcotic pain medications like paracetamol have their peak life (that is it has a full effect) within 20-30 minutes. Stronger NSAIDs, which are prescribed for long-term use, start to work within a few hours.

Opioids do take 3 hours to 5 hours to peak and manifest maximum effects. This as well depends on how regularly one has been taking the drug. If the individual has been taking painkillers consistently, expect a slowdown in the rate at which they leave the body. They could accumulate in some parts of the body, taking more time for their effects to eliminate from the body.

Painkillers can be a godsend when someone is suffering from intense pain, but they can become a curse very quickly because of their addictive properties. The half-life of the pain medications depends on many individual factors like organ clearances, absorption time, and others. Often, the time of pain medications staying in the system has nothing to do with the time of their action. This means that people often take more pain medications to renew the pain-relief effect at a time when it was not fully metabolized. Such uncontrolled consumption develops a body tolerance to a drug and causes many unpleasant pain meds side effects. If a person doesn’t stop this in time, a dependence and addiction to pain medication may occur. Special medical treatment would be required in such a case. It’s easy to find a suitable rehabilitation facility in every state of the U.S. according to personal needs.

Therefore, only take the recommended dose of painkillers as prescribed by the physician. If a patient feels cravings to take more or to continue taking drugs after ending the recommended period, one should consult a doctor immediately.