With an aim to relieve pain and achieve analgesia, the use of painkillers has increased over the years. Pain medications are often used as a primary medication for nerve pain and many other aches, and the problem of abuse also affected these drugs. According to research published in Harvard Health, more than 42000 people died from painkillers in 2016, and about 115 people die daily in the USA. For this reason, there have been diverse laws enacted to minimize the use of controlled pain meds and prevent overdose in the long run. These laws limit the number of painkillers medical professionals can prescribe to patients.

At the moment, OTC painkillers like Aspirin, Ibuprofen, and Naproxen sodium are considered as safe pain medications and can be purchased without needing the doctor’s prescription. On the other hand, some NSAIDs, or Nonsteroidal anti-inflammatory drugs, like Celebrex, Piroxicam, Indomethacin (Indocin) are considered legal for use only under the doctor’s prescription. The pain medications, which belong to the opioid class, are controlled by the government and can be purchased with the appropriate prescription only. Also, the FDA prohibits Illegally manufactured fentanyl due to its severe side effects. So what are the rules on pain medication regulation? Which painkillers are considered illegal?

Pain medication laws have been approved for minimizing drug abuse and reducing dependence and deaths from drug overdoses. These laws protect both the doctor and the patient.

According to the Wu Tsai Neurosciences Institute, 100 million Americans suffer from chronic pain, and a vast percentage of these people are going to consume more than the speculated dose during medication. According to the Controlled Substances Act, doctors can lose their license, get fined, arrested, or all three charges if found violating any pain medication laws.

The United States is concerned about the increased cases of death occurring due to opioid pain meds overdose. According to the U.S. Department of Health and Human Resources statistics, opioid overdoses accounted for more than 42,000 deaths in 2016, more than any previous year on record. Reports also show an estimated 40% of opioid overdose deaths involved prescription opioid painkillers from the doctor. Over the years, there have been numerous cases where people lied about having medical needs for prescription opioid pain medications. A violation of painkillers law can be met with severe punishment to both the patient and doctor.

However, not only the opioid painkillers have a high death rate. The National Institute of Health reported that the NSAIDs mortality is more senior than from traffic accidents and twice higher than from asthma or cervical cancer.

The pain medication laws have proven effective in reducing deaths. Reports from Massachusetts shows a huge decline since the new law to limit the supply of opioid painkillers prescribed by doctors was signed in March 2016. Though there is no concrete evidence to prove that the new rules for pain medication are behind the decrease, It can be said that opioid-induced deaths reduced by 8.3% in 2017, and till date, there have been great improvements.

According to the FDA, so NSAIDs increase the chance of a heart attack or stroke. Hence, these regulation laws also have helped to reduce deaths and other severe side effects caused by this type of pain medications.

It should also be noted, that the appearance of pain pump medication (Patient Controlled Analgesia) significantly minimized the side effects often experienced with larger oral doses of the same medications and reduced the number of overdoses and deaths from opioid pain meds. 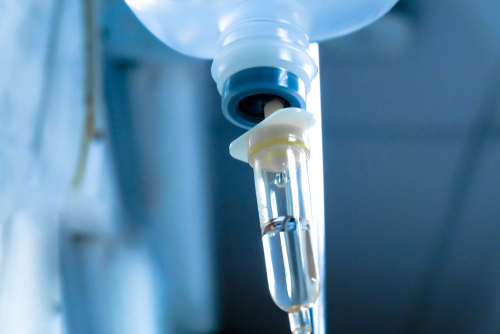 Since the inception of the new pain medication laws in the USA, physicians, optometrists, podiatrists and other medical personnel have been restricted from prescribing, dispensing, and administering some pain-relieving drugs, like heroin and marijuana due to their high risks of addiction and severe side effects. These types of drugs are referred to as illegal painkillers and according to The Federal Controlled Substances Act, have no medical use.

Since controlled painkillers are often abused, distributions are done on different schedules and are based on their abuse potential. In a bid to improve manufacturing, distribution, and dispensation of controlled pain medications, health parastatals and manufacturers are made to register with the Drug Enforcement Administration (DEA).

But by so doing, a closed system is created to restrict access to these substances, and in any case of abuse, they can be easily traced from the patient to the distributor down to the manufacturer. A painkiller drug, whether scheduled, or not, is considered illegal if it enters the country without proper verification and authorization.

Example of controlled painkillers from opioid class include:

Even though NSAID drugs like Aspirin, Ibuprofen, and Naproxen are not classified under the controlled act, the act still applies when they are combined with opioid drugs (Percodan).

From therapies and detoxification to medications prescribing, there are different pain management patient rights backed by the federal government during treatment. There are also additional laws protecting patients in different states. Listed below are some of the basic rights: 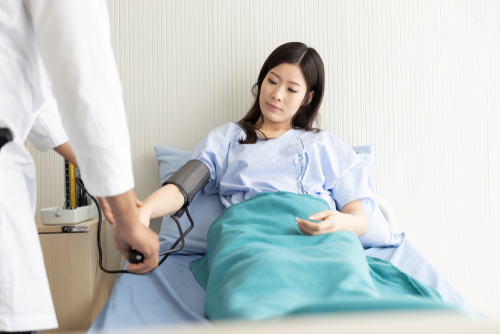 With the ever-increasing rates of opioid addiction, pain medication agreement has become an integral aspect of pain drugs prescription. The purpose of a pain medication contract is to ensure that all instructions and guidelines given by the doctor are followed correctly. Since opioid painkillers are pretty much addictive, there’s a great chance of the patient consuming more than the speculated dose. In this case, the pain medication contract serves as a sort of evidence and backing for both the doctor and patient.

Additionally, the pain medication contract helps to educate patients on the potential risks of painkillers and what to expect during intake.

However, as a patient, it is important that certain conditions are known and duly followed before signing the pain medication contract with the doctor or physician. These conditions include:

According to the National Institutes of Health Research, pain medication agreement has proven effective in:

The Use Of Painkillers Under The Law

As a patient, there are ways to use painkillers without breaking the law. The patient should always contact a doctor before using any pain medications and do not exceed the prescribed dose.

Excess consumption of too many painkillers during treatment can lead to overdose, so it is always important to follow all instructions.

As controlled pain medications may be needed during pregnancy in rare cases, pregnant women should get detailed recommendations about prescription painkillers and pregnancy before pregnancy planning.

For someone already addicted to any type of pain medications, the law allows a patient to enroll for medical treatment in a rehab facility. Finding the right rehab center that meets all needs is pretty easy these days. By enrolling at a rehab center, patients are closely monitored and guided on how to quit their addictive way of life and are also taught ways to blend back into society.

A rehab facility also provides counseling and treatment for those who abuse any controlled pain medications alone as well as in combination with other addictive substances like cocaine and painkillers.