Analgesics or painkillers are types of drugs which are used to relieve pain. As a result, patients get analgesia or relief from pain is as the drug exudes its effects. They act on the peripheral and central nervous systems.

The most significant number of overdoses is recorded precisely from prescription pain meds, in particular, opioid painkillers. The National Institute on Drug Abuse Reported that near 130 people die from an opioid overdose every year.

Nonsteroidal anti-inflammatory drugs (NSAIDs) are usually over the counter pain medications; however, some of them are sold with a prescription only (like Mobic). The overdose from this type of pain medications is also possible when the drug is overused.

Non-narcotic analgesics like ibuprofen and acetaminophen are considered as the safest pain medications. Nevertheless, there are near 250 unintentional deaths per year was reported as a result of overdose from acetaminophen.

Even legal painkillers may lead to severe consequences, so it’s important to always stick to the doctor’s recommendations about the suitable dosage. If the overdose happened, what are the signs should one pay attention to and what to do in the case of overdose from painkillers?

Can One Overdose on Painkillers?

It doesn’t matter whether one is taking painkillers to relieve mild or severe pain. There is a question that everyone asks. ‘Can one overdose on painkillers?’ No doubt, the resounding answer to this question is yes. The doctor cautions the patient to follow the prescription rules. Also, they should report back in case side effects occur. This happens every time a doctor prescribes any type of pain killer. Some pain medications are opiate-based (such as Fentanyl, Morphine, and Hydrocodone). Consequently, this means that there is a possibility of developing an addiction. Such patients should be closely tracked by a doctor. Otherwise, a painkillers overdose might result.

How Does a Painkillers Overdose Occur?

How does the painkillers action may result in addiction development and overdose? Usually, the reward centers in the brain become activated. This is due to the actions between painkillers and certain opioid receptors. A continuous dopamine surge triggers this event. It results in a feeling of euphoria and well-being. Of course, these pleasant effects will wear off after some time. As a result, the users may find themselves increasing their dose. This way, they are able to achieve the same high. In other words, if the dosage keeps increasing, so does the patient’s tolerance to the medicine. At some point, the user’s body cannot take the overload of events. Dependence and tolerance are the long term effects of painkillers that even may not be noticed. As a result, this leads to developing uncontrolled addiction to painkillers, which may end with unintentional overdose.

However, the overdose from pain medications may also occur accidentally, when the dose is sharply and significantly exceeded to cope with very severe pain without a doctor’s consultation.

This also may happen because of mixing painkillers and alcohol in large amount. Also, the interactions with other drugs and substances, like anti-anxiety medications (Xanax and Valium, for example) may cause an overdose. According to the publication in The Stanford Medicine, the use of medical marijuana with painkillers from opioid class increased the risks of overdose from painkillers. Near 30% of 1,500 participants of the study took painkillers and weed to deal with anxiety disorders and pain. However, the medical marijuana did not help them cope with mental disorders, which led to increasing the  dose of pain medications and overdose from opioid pain meds as a result. 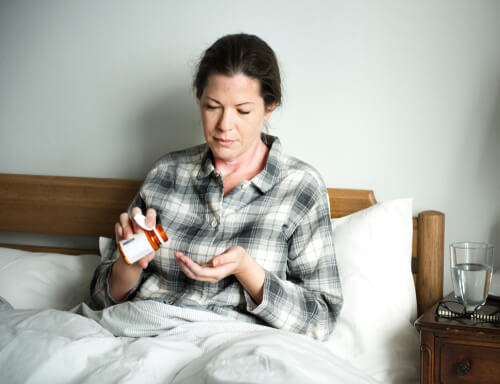 Opioid-based painkillers overdose can show itself in:

These three symptoms are also referred to as “opioid overdose triad”.

Other overdose indicators are:

First, patients might want to ignore the doctor’s orders. Then, they would take matters into their own hand. However, when it comes to analgesic intake, this attitude can be very dangerous. This is because the outcome of many cases of painkillers overdose can be fatal. Various factors that can contribute to the severity of this type of situation are:

What To Do If An Overdose Occurs?

Painkiller overdose can be a very dangerous situation. If not acted upon in time, it may claim the person’s life. Individuals should check for the opioid overdose triad symptoms.

A few basic steps to save someone’s life: 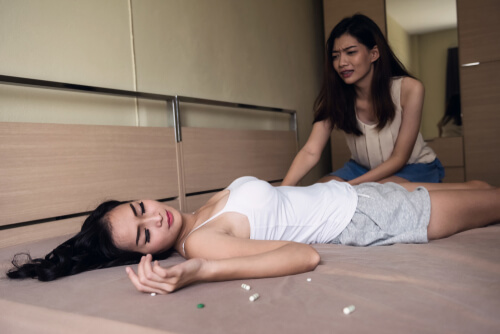 The overdose from pain medications may be prevented in next ways:

It’s also recommended to avoid taking painkillers when pregnant, as almost most of them may cause harm to mother and baby.

Analgesics abuse is a dire problem in today’s society. Many people have become careless to the awful outcomes of prescription drug abuse. As a result, some of them take pain killers for fun.

Sometimes, a patient might not know the addiction risks that come with taking these drugs. Often, they also can’t recognize the signs of addiction to prescription pain meds, or moreover to over the counter painkillers. In the case when addiction is developed, one should make sure to enter a rehab center. This is where they will be provided the correct treatment options and detoxification from pain meds. Notably, the detox process is not an easy one by any stretch of the imagination. Of course, this is why the person will need all the emotional support they can get from friends and family. Do not hesitate to act immediately. Give them their best chance of recovery and keep encouraging them on their way to a better life.