Painkillers & Blood Thinners And Other Interactions

Painkillers have all but become a part of a daily routine for a large number of people across the world. As a result, people, even unknowingly, mix pain meds with other drugs, like blood thinners, antidepressants, stimulants, and others. Drug interactions are usually not affected by the drug formulation – for example, liquid pain medications will likely have the same interactions as those formulated as pills or powder.

As nowadays, customers can buy pain medication online, it becomes increasingly easier to get a hold of these drugs and to combine them with other medicines. Some individuals even mix these drugs with weed, cocaine and other substances to get stronger “high” effects. Numerous dangerous consequences, like pain medication side effects, can appear, especially after mixing painkillers and other drugs.

The interaction of painkillers and other substances can sometimes have a beneficial effect. For example, aspirin which has an anticoagulant effect is sometimes combined with blood thinners to achieve the best effect.

To avoid the adverse reactions caused by the interaction of various drugs, it’s advised to consult a doctor before using/mixing them.

Although some painkillers (like aspirin) and blood thinners are sometimes used together, mixing them can lead to excessive bleeding and wounds that won’t heal. What kind of pain medication can one take with blood thinners? Doctors should recommend pain meds that won’t have dangerous interactions with blood thinners (e.g., won’t cause bleeding that doesn’t stop). Taking proton pump inhibitor and stomach-protective drugs might also help, as bleeding will usually occur in the stomach.

Ask a doctor to find the most suitable pain medication to use with blood thinners.

The combination of antidepressants and painkillers can cause serious internal stomach bleeding and other adverse reactions. The headache won’t go away with painkillers if mix them with antidepressants, as many people think. While antidepressants might relieve migraine and chronic tension headache, mixing them with pain meds can inhibit the beneficial effects of both substances. 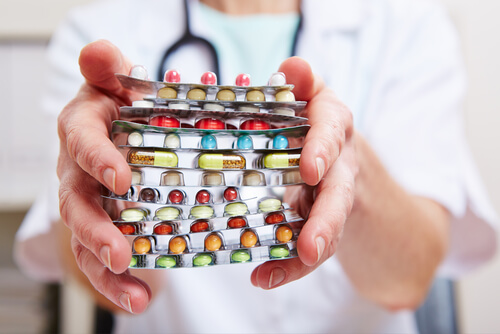 Stimulants (like amphetamine, MDMA, and methamphetamine) can produce serious side effects if used in combination with painkillers. Mixing amphetamine and its derivatives with opioid painkillers (such as oxycodone) is not recommended, as one Milwaukee Heart Institute study suggests. Taking Adderall and aspirin isn’t likely to produce conspicuous adverse reactions, but a medical specialist should be consulted before proceeding with use.

Amphetamine abuse tends to co-occur with opioid drug use, which increases the risk of codependency. Physical signs of addiction to painkillers and amphetamines are conspicuous and include various withdrawal symptoms like:

Adderall and painkillers can be used safely when this stimulant is used in combination with ibuprofen. On the other hand, mixing Adderall with antidepressants should be avoided, as hallucinations and seizures may appear.

Mixing MAOI antidepressants (like Nardil and Parnate) with MDMA will produce a plethora of side effects and even death. MDMA and aspirin (or salicylate) won’t have such a drastic interaction, but dehydration might appear.

Can one take pain meds with Vyvanse? Yes, but not all pain meds should be used with Vyvanse. Usually, ibuprofen is recommended to use with Vyvanse, but it’s advised to consult a doctor to find the right medication.

A combination of cocaine and painkillers, especially opioids, is an extremely dangerous one. Respiratory failure, palpitations, arrhythmia, and other cardiovascular symptoms are just some of the outcomes of mixing cocaine with pain meds.

What are the dangers of getting high off painkillers and cocaine? Cocaine, as an extremely potent substance, might cause adverse reactions even when used with low doses of painkillers.

Mixing cocaine with any kind of pain meds is strongly not advised, as health complications, liver damage, and other health issues may occur.

Can one take painkillers with antibiotics? As antibiotics treat infections and not pain, mixing these drugs is the usual practice. Paracetamol (acetaminophen) is safe to use with most antibiotics, except rifampicin, which is a powerful antibiotic used to treat tuberculosis. The interaction between paracetamol and rifampicin may cause serious liver damage. However, taking antibiotics and painkillers together should also be managed by the medical specialist only. 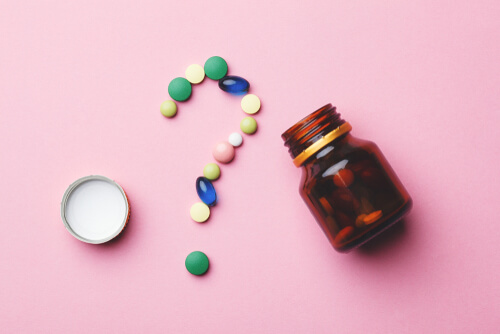 What painkillers can one take with heart medication? The answer depends on the type of heart condition one suffers from.

As NSAIDs like ibuprofen and Naproxen increase the blood pressure, people taking medicine for hypertension should avoid taking these painkillers. Instead, acetaminophen-based drugs can be taken.

Antidepressants, which are sometimes used as meds for nerve pain, can annulate the effect of various drugs for heart conditions. For example, mixing some SNRIs (serotonin and noradrenaline reuptake inhibitors), like venlafaxine with hypertension medicine will lead to high blood pressure. Similarly, MAOIs (monoamine oxidase inhibitors), known to cause irregular heartbeat shouldn’t be used in combination with medicine for arrhythmia.

The only certain way to avoid dangerous interactions between pain meds and heart medications is to consult a doctor. Self-medication may lead to the prominence of serious health risks.

Mixing sleeping pills with painkillers may lead to death, especially if stronger prescription pain meds (opioids) are used in combination with sleeping pills. This is the case when benzodiazepines are used for treating insomnia and other sleep disorders.

Taking melatonin sleeping pills may solve this problem, but mixing them with opioids will result in excessive sleepiness. Melatonin may slow down the liver functioning which in turn might slow down the breaking up of acetaminophen, clopidogrel, and diazepam. This means that these painkillers will stay in the system for a longer time and will result in stronger effects (and side effects). 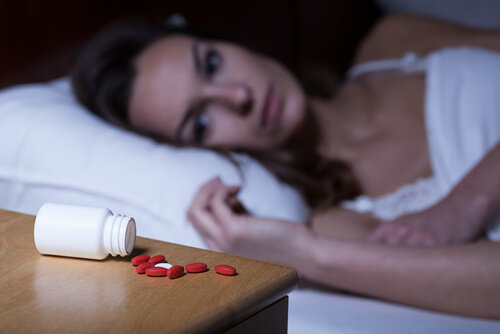 Marijuana and painkillers shouldn’t be used together. Marijuana is a drug, the exact effects of which are relatively unknown, which means that even adverse reactions are unpredictable. Weed and painkillers (more specifically, benzodiazepines) can have a particularly dangerous interaction, which may result in an overdose.

Marijuana and painkillers like aspirin can be used together in some states of the U.S. where this drug is approved for medical use, as marijuana has anti-inflammatory properties. This is only suitable for specific health conditions, and under the close supervision of a doctor.

Despite marijuana is approved for medical use in some states, it still can be addictive if used for recreational purposes. Moreover, addiction development is likely to appear faster when these substances are consumed together.

Mixing caffeine and painkillers like ibuprofen might increase the analgesic effect of ibuprofen. Painkillers and coffee often come together, as ibuprofen and paracetamol contain certain levels of caffeine to boost the effectiveness of these medicines.

Taking pain meds with caffeine is a potentially damaging combination for the liver if coffee is drunk in large amounts (more than 3 cups per day). Conversely, caffeine might have a dangerous interaction with opioid painkillers, as one Japanese study suggests.

Mixing different types of medications without consulting the doctor should be avoided at all costs. Even when over-the-counter painkillers are consumed, the doctor should assess the potential dangers of mixing different substances. People often experience side effects of combining painkillers with other substances because they often prefer self-medication and ask the treatment advice via the internet.

How to ask for pain medication, and avoid adverse reactions to painkiller combinations? A medical professional must be provided with all the important information about the patient’s health condition, and especially about the painkillers that are used. Only in this case, a doctor can correctly assess which combination of drugs will carry the least amount of risk. A certain combination of pain meds may be completely harmless for some people while being potentially life-threatening for others. The doctor might demand pain medication contracts to be signed by the patient when controlled painkillers are prescribed, and its correct implementation will help to avoid negative effects.

Taking any painkillers while pregnant might be harmful on its own, let alone combining different classes of drugs. If any adverse reactions are noticed, call the drug helpline immediately. There are many techniques for pain management without medication, which can be useful during pregnancy. However, the alternative medication should also be approved by a doctor.

The combination of pain meds and various other substances is often seen in multiple types of addictions. Fortunately, there are many addiction treatment options available for different kinds of abuses caused by mixing painkillers with other substances. People with substance abuse problems can find help in numerous rehabilitation centers all over the United States, which is an efficient way to battle an addiction.