How Do Painkillers Work And What Are Pain Meds Made Of?

Pain-relieving medications are used to achieve analgesia and taking for reducing or relieving headaches, toothaches, muscle spasm, arthritis, after surgery, and other aches and pains. What do painkillers do? Pain medications relieve pain without altering sensory awareness and consciousness or blocking the conduction of nerve impulses. Painkillers act in various ways: peripherally and centrally.

How Are Painkillers Made?

What are painkillers and analgesic medications made of and how? There are many types of analgesics medications with different ingredients, as well as the methods they have been delivered or extracted. These factors influence their mechanism of action in the body, usage, possible side effects, and even legality of use.

What are painkillers made of? The OTC painkillers include acetaminophen and NSAIDs such as:

The synthetic form of opiates includes pethidine, methadone, and dithienylbutenylamine.

There are also natural herbal painkillers that are considering as alternatives for OTC painkillers for treating mild pain, such as oils, spices, plants, berries, and seeds. 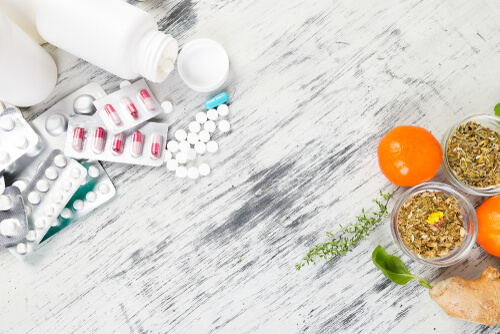 How Do Painkillers Work In The Body?

How do painkillers work? Each group of these medications has a different mechanism of action.

When the body cells are injured or damaged, they release chemical substances called prostaglandins. The special nerve endings that sense pain are very sensitive to prostaglandin. When this substance is released, these special nerve endings send pain messages back to the brain. Painkillers interfere with these messages, either at the site of the injury, in the spinal cord or in the brain itself.

How does pain medication work when includes opioids? The MOA of opioid drugs such as morphine is by relieving pain through interacting with opioid receptors, which are distributed throughout the central nervous system (CNS). When opioid medications enter the blood and attach to opioid receptors, brain cells release signals that muffle the perception of pain.

The exact mechanism of action of acetaminophen is not known, but it may increase the body’s pain threshold and also is considering as a weak inhibitor of the synthesis of prostaglandins. Acetaminophen is safer than opioids if taken at recommended doses and for a set period of time. However, it’s recommended to consult a doctor to find the safest pain medication for long term use.

Some groups of medications, such as muscle relaxants, antidepressants, and anticonvulsants, may also relieve pain. The mechanism of action of muscle relaxants is by reducing pain centrally through their sedative action. Tricyclic antidepressants MOA is by increasing neurotransmitters in the spinal cord that reduce pain signals. The mechanism of action of anticonvulsant drugs is by relieving the pain of neuropathies, possibly through stabilizing nerve cells. 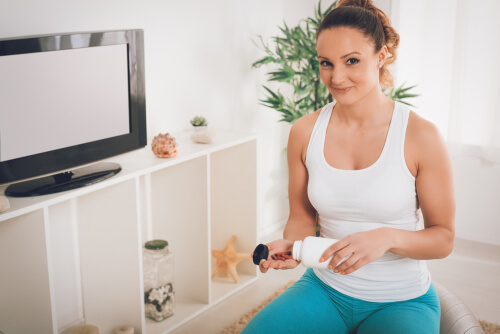 Do Other Substances Affect The Painkillers MOA?

It’s recommended to consult a doctor before combining pain medications with alcohol, antibiotics, or other substances to avoid allergic reaction and other harmful effects.

When Do Painkillers Start Working In The Body?

How long does it take for painkillers to kick in? The method of pain meds administration affects the period of time that painkillers take to start its effect in the body. When a person takes a tablet, it may give the effect within 30-60 minutes. The injectable pain medication can take a few minutes to get its effect. Pain meds effects appear very quickly while snorting them by some abusers.

However, this way of taking is extremely harmful to the mucous membrane and may quickly lead to addiction development.

What Is The Time Of Action For Pain Meds?

How long do painkillers take to work? The medications that are used for relieving pain may be immediately acting or long-lasting pain meds. The fast pain meds, such as OTC medications, start to work quickly after 1 hour of its administration, but they are useful for a shorter period of time. Extended-release pain meds release the drugs over a more extended period, such as oxycontin which is a time-released, 12-hour pain medication. How long does it take for painkillers to work while using extended-release analgesics? The extended-release pain medication may give its effect for a prolonged period of time, lasting for days.

Some opioid medications have immediate release action such as codeine, meperidine, tapentadol, oxycodone, and tramadol. The U.S. Food & Drug Administration implements a risk evaluation and mitigation strategy (REMS) for long-acting opioids to ensure that the benefits of these medications outweigh the risks. The extended-release pain medication list of opioids that required to have REMS is:

If The Painkillers Don’t Work

These medications are useful and effective for the relief of different types of pain. On the other hand, there are various conditions that pain medications are not working: 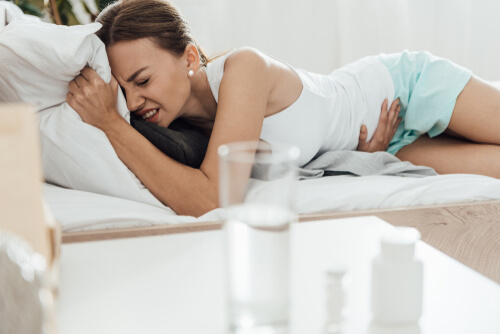 Be Educated About The MOA Of Painkillers

It is essential to know the MOA of each pain medication to avoid the dangerous adverse reactions that may occur while using it alone or in combination with other medicines. Every pain medication has a specific mechanism of action. Acetaminophen is a weak inhibitor of prostaglandin synthesis with a little side effect. Anti-inflammatory drugs such as ibuprofen and Naproxen are non-selective inhibitors of cyclooxygenase enzyme with increasing the possibility of gastritis and peptic ulcer. Other anti-inflammatory drugs such as celecoxib inhibit cyclooxygenase 2 only, which are more safe for gastric than non-selective anti-inflammatory inhibitors of cyclooxygenase.

While the opiates mechanism of action causes more adverse side effects such as sedation, dizziness, vomiting, nausea, constipation, physical dependence, and tolerance. That’s why it’s not recommended to use opioid pain meds while pregnant.

However, chronic episodes of pain treated with opioids may lead to misusing them for an extended period and cause addiction, which will require searching for a rehabilitation center. There are many options for treating the addiction depending on several factors, including the type of painkillers, the length of use, and the level of harm.