Learn About Types Of Painkillers:

The prescription painkillers from the opioid class perform similar effects on the body because they are chemically related. This type of analgesics impact the opioid receptors on the nerve cells in the central nervous system. This mechanism blocks the signals of ache that are sent to the brain, giving intense and immediate pain-relieving and relaxing effects for the user. These drugs are made from an analgesic alkaloid morphine obtained from the opium poppy seeds. Most of the opioid analgesics come in a pill form, but they can also be administered through intravenous therapy method, as injectable pain meds or even as a transdermal patch. For instance, Fentanyl transdermal patches are a widely used type of hospital painkillers, because it’s easier to control their use for chronic and severe pain than the injections.

Opiate-based painkillers (like Morphine) are widely abused recreationally in order to achieve the euphoric sensation. Due to their highly addictive and damaging properties, opioid painkillers are given only as prescription pain medications and the use of these drugs is regulated closely. Center for Disease Control and Prevention advises physicians to prescribe the lowest effective dose of opiates to take it for the shortest period of time. This is due to the possibility of developing a long term dependence to opioids in a period as short as five days.

Apart from these legal pain meds, there are also illegal opioid drugs such as Heroin and synthetic Fentanyl, that have no allowed medical uses in the U.S. 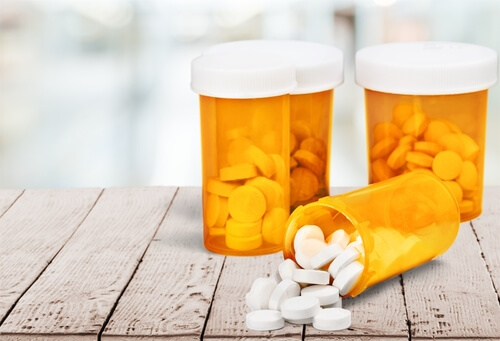 Non-steroidal anti-inflammatory drugs or NSAIDs work on a chemical level to block the effects of natural enzymes produced by the body that cause inflammation and pain. NSAIDs work as more than just analgesics. This type of pain medications relieves inflammation and also reduces blood clotting that creates a protective effect for those who suffer from heart diseases. The use of painkillers of this type is effective in conditions that cause both ache and inflammation such as arthritis or sciatica nerve pain.
The most popular over-the-counter anti-inflammatory painkillers:

There are people who are particularly allergic or show severe sensitivity towards anti-inflammatory painkillers. This type of analgesics also has a tendency to interfere with certain other medications when used simultaneously. The symptoms of an allergy or a negative reaction to NSAIDs can range from having a mild skin rash to severe vomiting and anaphylactic attacks.

Non-opioid painkillers do not pose many risks associated with opioid pain meds. They are available as both prescription drugs and over the counter pain medications.  A non-narcotic pain meds list includes next medications:

A compounding pain management system includes customized prescription analgesic combinations of  opiate painkillers, NSAIDs, and OTC painkillers. These individualized medications are highly regulated under the FDA to ensure their safety standards, the uniformity of the products used, and also the overall efficacy of the compound analgesic medication. This is because pain meds from the opioid class are included. However, there is still a lack of scientific research evidence when it comes to compounding analgesic medications. 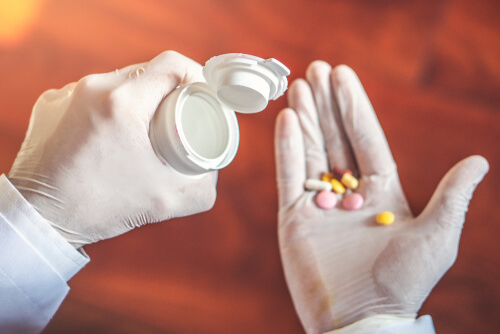 While analgesic medication can effectively give relief from pain, they also carry many risks and should be taken with proper awareness about precautions and safety measures.

The main risk when it comes to taking analgesic drugs is building dependence and eventually developing an addiction. This risk is particularly high when it comes to taking narcotic pain meds as a part of a long term pain management medication program for chronic and severe pain. A patient who is under opioid analgesic to manage chronic ache is normally kept under close watch for any warning signs of addiction to painkillers. These include physical symptoms such as over-arousal, decreased appetite, increased heart rate, and behavioral symptoms such as frequent use of higher dosages of the drug and abandoning their important, regular activities.

Treatment options for pain meds addiction include a combination of medical and therapeutic procedures such as gradual discontinuation and detoxification after the drug use, group and individual therapy and administration of medications. Discontinuation of a drug that a patient has developed a dependency to should be done under the supervision of a medical team, ideally in a rehabilitation facility specialized in the addiction to pain medications.