Cymbalta And Alcohol: Can One Drink While On Duloxetine?

Cymbalta and alcohol interaction is a concerning matter for many patients who have only begun taking the drug. Some wonder whether they can drink on Cymbalta. Others may worry about the consequences after drinking. Mixing alcohol and Cymbalta can undoubtedly lead to severe health problems and even result in death. In some cases, however, small amounts of spirits may not affect the person taking the drug in a negative way.

Can One Drink Alcohol While Taking Cymbalta?

As in the case with the majority of antidepressants, Duloxetine and alcohol don’t go well together. Cymbalta is a balanced serotonin-norepinephrine reuptake inhibitor. Since treatment with SNRIs usually lasts for months, this property can present an unexpected challenge to those who drink. Such patients can encounter a variety of social occasions when drinking is expected.

Although it is widely known that drinking is inadvisable during treatment with any medicines, the interaction of spirits and antidepressants can have devastating consequences. Among many physical effects that originate in the interaction, Cymbalta and alcohol can also produce additional mental issues or worsen the person’s anxiety and depression. 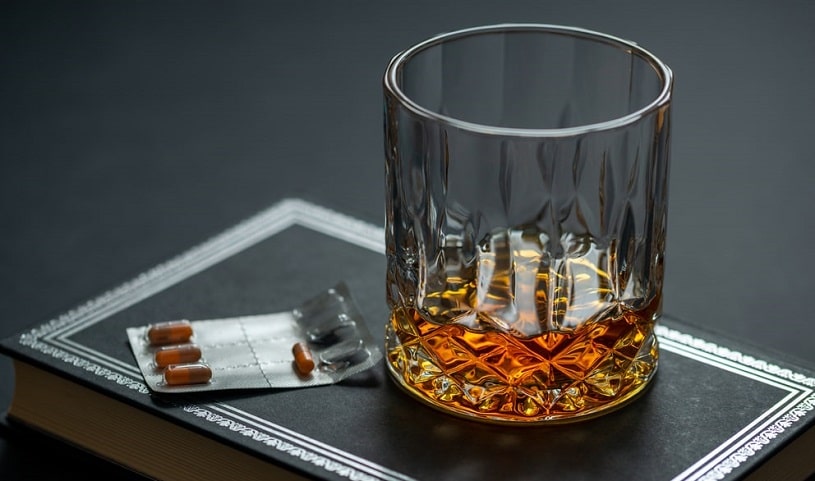 Duloxetine is a drug that requires careful attention and close monitoring. Taking Cymbalta while pregnant, receiving treatment despite the potential side effects, and having a glass of wine at dinner while on Duloxetine – all involve certain risks. It is generally not recommended to mix alcohol and Cymbalta. This medication poses a threat to patients with existing liver problems, and frequent or excessive drinking significantly increases the risk of severe liver damage when taken with Duloxetine. Drinking may also disrupt the treatment and reduce the therapeutic effects of Duloxetine.

At the same time, taking Cymbalta and drinking a small amount of spirits once might not adversely affect the person. The level of risk increases along with the amount of ingested alcoholic drinks. If a person is unwilling to stop drinking altogether for the duration of the treatment, it is crucial to consult a doctor and determine the best course of action. In some instances, the benefits of Duloxetine will outweigh the risks of its interaction with spirits. Frequently, however, it will be necessary to consider alternatives to Cymbalta and switch to a different medication.

Duloxetine And Alcohol Side Effects

Spirits intensify Cymbalta side effects and how long they last. Drinking on duloxetine influences the production of the same chemicals in the brain and, hence, can amplify each other’s side effects while reducing the effectiveness of the antidepressant.

After Drinking While on the Medication, a Person May Experience:

These effects are similar to the symptoms that appear as a result of combining Cymbalta and gabapentin.

Another significant issue is Cymbalta and alcohol cravings. While the drug is sometimes prescribed to help relieve the psychological effects of alcohol withdrawal, it can result in stronger cravings when misused. In addition, the mix might also cause a Duloxetine overdose. The Duloxetine alcohol mix can induce more prolonged alcohol blackouts.

Cymbalta is an antidepressant. Alcohol is a system depressant, too. So both of these substances alter brain function. Unfortunately, what they both also do is affect the liver. 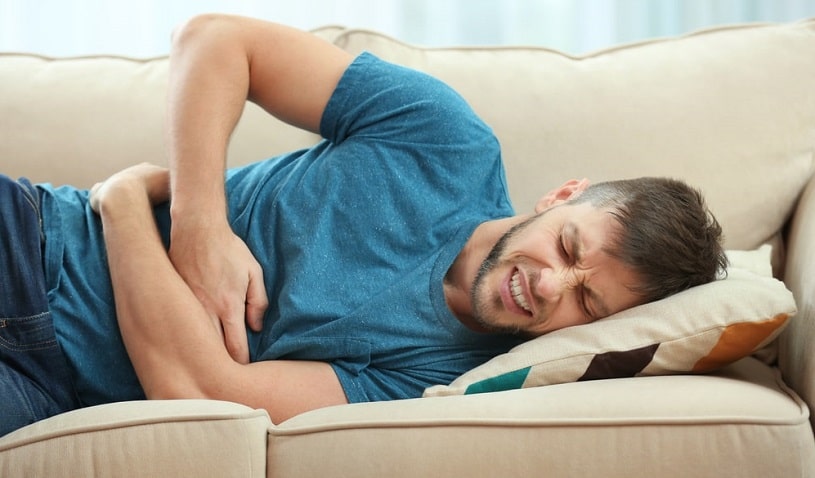 Duloxetine can cause liver damage. In addition, if a person has a severe intolerance to the medication, the small initial dose of 30 mg, which is considered safe for health, can damage them. That is why the FDA warns against using this drug for people who have a history of liver issues or heavy drinkers. That is because excessive drinking can also cause liver damage. After all, every time the liver has to filter something as strong as alcohol, some liver cells die, and taking Duloxetine could make matters worse for their overall health. Taking both substances together poses a “double danger” to the liver.

Another peril of mixing Cymbalta with drink is worsening of the person’s mental state. All liquors act as a depressant, canceling out the positive impact of Duloxetine. Therefore, the individual might speculate that the drug has suddenly stopped working instead of attributing the change to drinking. Moreover, it is known that liquors tend to worsen the existing symptoms of anxiety and depression or trigger their development. Therefore, their concurrent use with Duloxetine may subsequently lead to suicidal thoughts and behaviors.

When a patient first begins to use an antidepressant like this one, they may find that their symptoms of depression increase before decreasing. Since everyone reacts to the medication differently, a close eye must be kept to safely navigate the potential increased anxiety and depression. 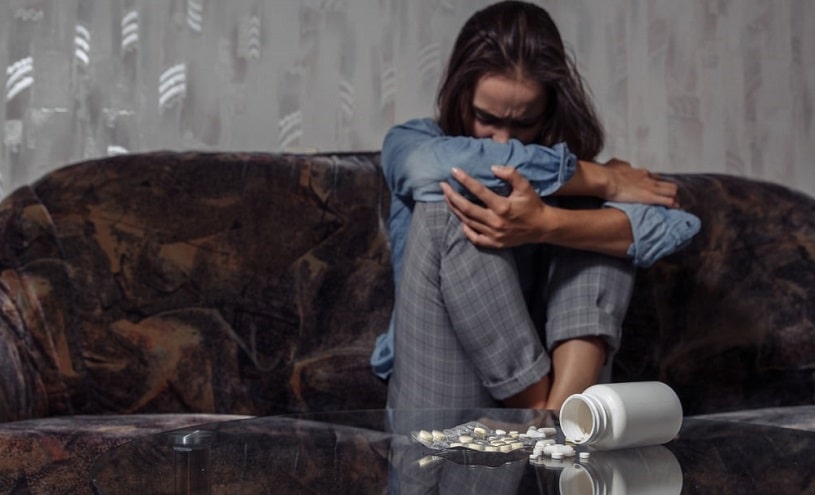 The U.S. Federal Drug Administration (FDA) even issued a “Black box” warning citing that antidepressant use for adolescents (people under the age of 24) could lead to a potential increase in suicidal thoughts. Since ethanol is a depressant, too, it can worsen the symptoms of anxiety and depression. Because of the increased depression, the patient may end up experiencing more suicidal thoughts than usual. As a result, the patient might end up needing a different dosage to counter the depression.

Duloxetine is an antidepressant, which means that it will work to help and try to get the patient to come out of the depressive state, and it does that well. But, on the other hand, spirits are a known central nervous system depressant. That means that it may make the depression worse, even if it’s for short periods. So even though alcohol doesn’t lead to worsening of mental or motor impairment, it can end up canceling out the effects of the drug, or at the very least, decreasing its efficacy. Alcohol in the body works the opposite way of the drug and can worsen the situation.

Blackouts are pretty common for people who are excessive drinkers. It doesn’t necessarily mean syncope. People who drink excessively tend to have “memory blackouts” and “lose time” and don’t know what happened while they were intoxicated. This effect can end up worsening when Cymbalta and alcohol are mixed. In 2014, the FDA added a “Falling risk” warning on the label of the drug. It was because some patients experienced orthostatic hypotension when they first began taking the medication. The sudden drop in blood pressure caused some to lose consciousness temporarily. The mix of the two substances may increase the risk of Cymbalta and alcohol blackouts, where a person has blank memories and loses consciousness, which can be dangerous.

It is not recommended that a patient taking Cymbalta take part in alcohol consumption. That is because of all the risks like extreme drowsiness, liver damage, decreased efficacy, and in some cases, syncope. In addition, every patient will have a slightly different reaction to taking the drug. Although there aren’t many studies or information that prove that having liquor with its use is always dangerous, the dangers that we do know (i.e., liver damage) are severe enough for the patient to avoid taking it with the drink. 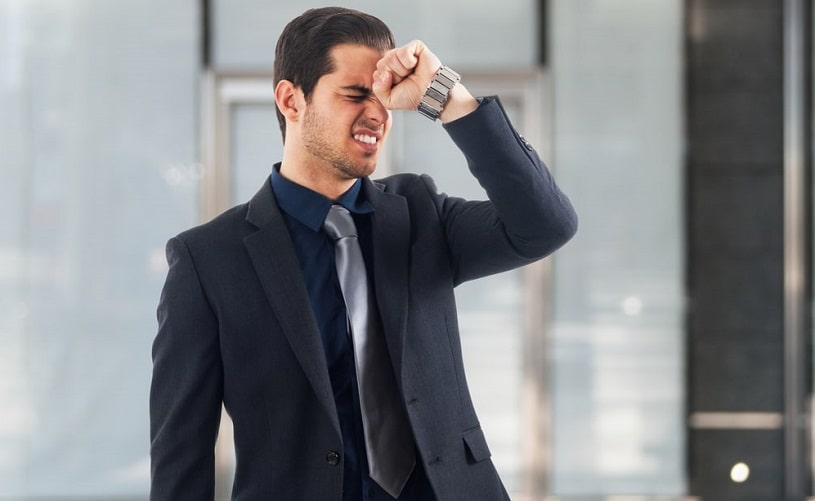 However, this must be something that the patient discusses with their doctor. Only the doctor in charge of their treatment will be able to study their symptoms and body composition and keep an eye on how the patient reacts to the Cymbalta alcohol mixture. It makes them the only person qualified with enough information about the drug and the patient to recommend whether that specific patient can safely have Duloxetine and alcohol together or not.

Drinking on Cymbalta is a dangerous and ill-advised activity. Liquor interacts with Duloxetine and exerts various adverse Cymbalta alcohol effects on the person’s body, including extreme drowsiness and confusion, blackouts, and nausea. Drinking while on Duloxetine is also associated with a high risk of liver damage. Finally, alcohol reduces the effects of the antidepressant, negating the person’s progress, inhibiting recovery, and increasing the risk of suicide. While one can drink on Cymbalta as long as the amount remains relatively low, it is best to refrain from it or consult a doctor to get all the necessary information and possibly switch medications.

In case of any signs of Duloxetine addiction, it is urged to visit a professional rehabilitation center and follow further advice. Stopping Cymbalta abruptly is not a good idea. Patients should do it only under a doctor’s supervision.