Cymbalta has a variety of both minor and severe adverse effects. While some patients can tolerate the most common Duloxetine side effects well, many others are forced to switch to a different drug. It is, therefore, essential to learn about Duloxetine warnings, the adverse effects of taking Cymbalta and discuss them with a doctor before the treatment begins.

The severity of Duloxetine side effects and for how long they last depend on many individual factors. In an otherwise healthy person who uses Duloxetine for depression disorder treatment, the reactions are generally short-term. Some patients have an increased risk of side effects of Duloxetine than others, depending on their body composition. That aside, there have been some Cymbalta side effects on women’s health and sexual adverse reactions. There is discretion advised for Duloxetine and breastfeeding and taking it as a treatment during pregnancy. Expectant mothers and new mothers are advised to discuss using the drug with their medical health professional or the physician in charge of their treatment before taking the first dose.

Common Cymbalta Side Effects Include:

Long-Term Side Effects Of Cymbalta

Patients who have to use Cymbalta for months frequently wonder how long the side effects of Duloxetine last. The antidepressant rarely results in any long-term symptoms. However, in certain cases, Cymbalta can cause weight gain and weakness that doesn’t go away.

The tendency to cause suicidal behaviors is one of the most dangerous aftereffects of Cymbalta. This property is not exclusive to this drug and is displayed by many antidepressants. They can sometimes make depression and anxiety disorder worse. According to Duloxetine warnings, patients should be monitored closely during the first weeks of treatment to ensure there aren’t increased suicidal thoughts. 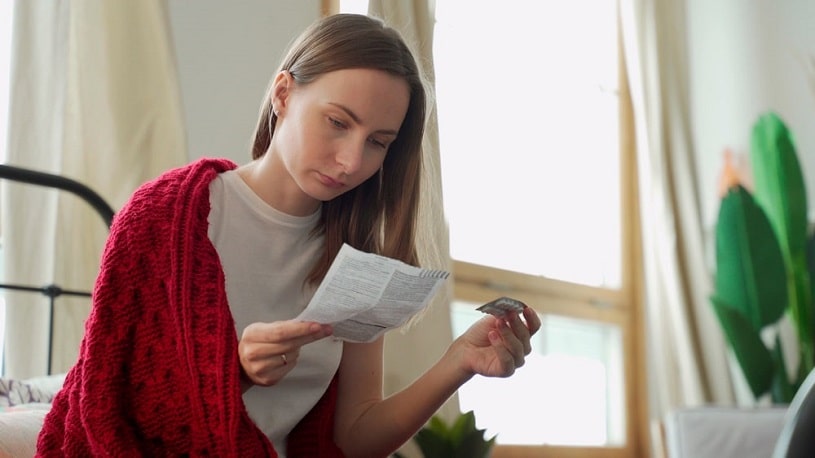 There is also a link between Duloxetine and suicide when patients change the dose or stop taking the medication without supervision. Therefore, if suicidal thoughts are frequent, it’s advisable to get help in the drug facilities.

Does Cymbalta Cause Hair Loss?

One of the most surprising and frustrating Duloxetine side effects is hair loss. Patients rarely expect it because it is not officially listed as a side effect of Duloxetine. So when it happens, the lack of information makes them think it’s caused by something else. However, hair loss on the drug has been reported by many individuals. Although the hair loss isn’t usually too significant, the symptom usually goes away after the dose is reduced. Talk to the doctor about adjusting the course of treatment if substantial hair loss is noticed. General hair loss that increased during treatment may stabilize once the patient is used to taking the drug or once the dose is adjusted.

According to Duloxetine warnings, particular caution is advised to patients with hypertension disorder since Cymbalta and high blood pressure don’t go well together. Duloxetine might raise blood pressure and cause dizziness, especially in combination with other drugs. In addition, if a person is experiencing lightheadedness or blurred vision, they should contact a doctor as soon as possible and discuss alternatives to Duloxetine.

Among the most well-known Duloxetine side effects is its propensity to cause liver damage. The connection between Cymbalta and liver problems is a significant issue that poses a threat to many patients. The drug can cause fatty liver disease and liver injury. Even low Cymbalta doses can result in liver damage, especially in combination with other medications. The 2011 study included seven patients that were suspected of having Duloxetine hepatotoxicity. It was found that almost all of the patients showed varying extents of liver damage after taking the drug for over two months.

Problems with the digestive system are common reactions to antidepressants like Duloxetine.

However, the Majority of Them Are Not Severe and Don’t Require Treatment:

While taking drugs like Duloxetine, there’s a chance that the patient might have an allergic reaction. The reaction can be mild, limited to a rash, and they can also be on the severe side with the risk of erythema multiforme and Stevens-Johnson Syndrome (SJS). Patients should have all the information regarding the risk of skin reactions. If they experience peeling of the skin or blisters, it’s a sign that the effects may worsen and cause pain. 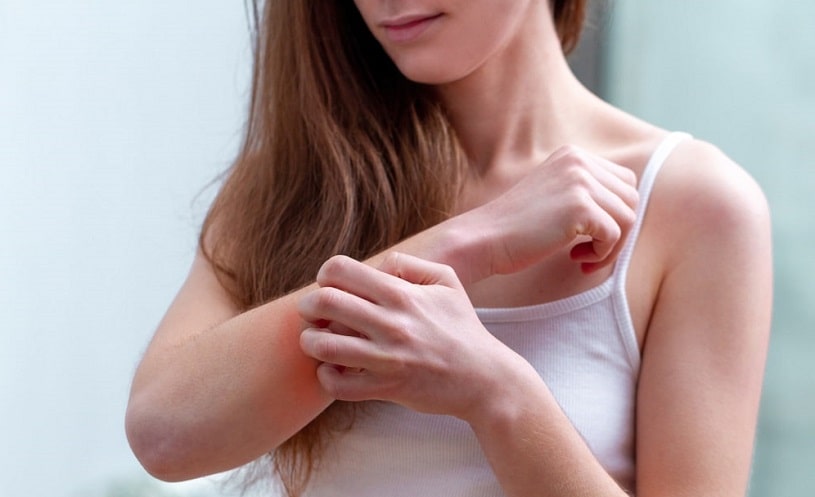 If that begins to happen, they should relay the information to their medical health professional in charge immediately so the doctor can adjust the dose accordingly for the patient’s safety.

Humans need a certain amount of serotonin in the brain to be able to function normally. Antidepressants tend to alter the serotonin levels in the body by causing an increase. Although serotonin is usually “good” for the patient, an increased amount can be dangerous. The excess of serotonin in a person’s body is called “serotonin syndrome,” when there’s too much serotonin in the body, the nerve cell activity can become so rapid that it causes damage to the patient instead of helping. Cymbalta is one of those drugs that can cause serotonin syndrome if the correct dose isn’t taken or it is mixed with another drug that can interact with it, putting the patient’s safety at risk. That is why it’s vital that the patient has the correct dosage information and has complete information of every drug it can potentially interact with.

If a patient is experiencing any of the symptoms of serotonin syndrome, they need to rush to an emergency room to seek emergency medical care before things get too dangerous.

How To Avoid Or Reduce Adverse Reactions

Some patients cherish how the medication makes them feel and don’t want to switch to a different one, even after experiencing negative symptoms. In this case, it is necessary to learn how to reduce and manage Cymbalta effects. 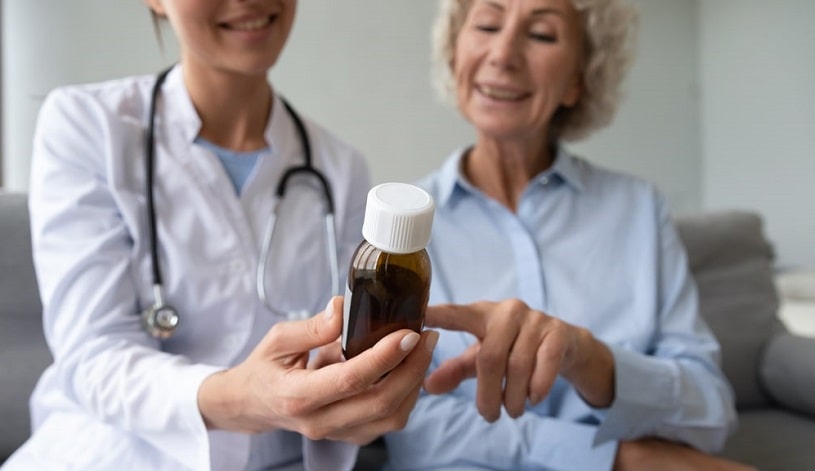 Many of the symptoms occur after an abrupt change in the course of treatment. Weaning off Cymbalta successfully requires a person to lower the dose gradually and carefully. Don’t stop Duloxetine without discussing it with a doctor.

In addition, one shouldn’t drink on Cymbalta, and it is a good idea to avoid substances like caffeine that can increase anxiety, irritability, and agitation.

Duloxetine Side Effects And Medical Help

In the majority of cases, Duloxetine adverse reactions don’t outweigh its benefits. Common symptoms are nausea, fatigue, and dry mouth. The long-term effects of Cymbalta mainly affect a person’s mental health. The adverse effects of the antidepressant usually go away on their own after a few days. However, if the negative symptoms persist or cause significant distress, contact a doctor immediately. Experiencing severe symptoms for an extended period can be caused by medication misuse. In this case, it is critical to find proper substance abuse treatment.

Does Cymbalta Make You Sleepy?

One of the most common Cymbalta side effects is drowsiness. That can be particularly hazardous at the beginning of the treatment when the person doesn’t know precisely how the drug will affect them. Individuals should refrain from driving and performing other tasks that require quick reaction and intense concentration until they know their response to the drug.

Does Cymbalta Cause Insomnia?

Duloxetine is known to cause nightmares and insomnia. There are also reports of night sweats caused by the drug. If the patients experience such effects, it is better to adjust the schedule of taking the medication.

Does Cymbalta Cause Constipation?

Cymbalta can cause constipation in some people. It isn’t a common reaction, but it has been recorded as one of the medications that can affect bowel movements. However, the side effect is tolerable and can be managed using treatment prescribed by the physician in charge. If it gets too severe and begins to cause pain, discuss lowering the dose with your physician. As the amount of the drug starts to lower, the side effects of Cymbalta should too.

What Time of Day Should I Take Cymbalta to Prevent Insomnia?

A patient may notice that they’re experiencing a sleep disorder such as extreme insomnia becoming too hard to manage. In that case, they should bring it up with their physician and see if it’s okay for them to take it earlier in the day, so the “awake” period passes by the time it’s night. Although this would vary according to the patient’s dosage, it’s recommended not to switch the dose hours without referring to the physician in charge and only use it according to the instructions given to avoid unnecessary risk to the patient’s safety.