Cymbalta During Pregnancy And Breastfeeding: Is It Safe?

Treatment with duloxetine during pregnancy can have a variety of unpredictable effects on the baby and the woman’s health. However, the positive impacts of the antidepressant might outweigh the potential risks, especially during the postpartum period. This leads many women to wonder whether they can take Cymbalta while pregnant and what potential consequences it might have.

Duloxetine has significant effects on a pregnant woman’s physical and psychological well-being. While the lack of research makes it impossible to state that Cymbalta is completely unsafe for pregnant women and their babies, its benefits may outweigh the hazards. Considering what duloxetine is used for, an unplanned interruption in treatment can be extremely harmful. Depression during pregnancy has been linked to increased rates of miscarriage, premature delivery, and abnormally high blood pressure. Therefore, it is crucial to consult a medical professional and determine whether the woman should continue using Cymbalta.

Is It Safe To Take Cymbalta During Pregnancy?

Cymbalta pregnancy category, according to the FDA, is C. It means that adverse effects on the fetus have been discovered during animal studies, but there is no adequate data available to assess the risks in humans. According to self-reported cases, duloxetine HCl has the potential of causing a number of birth defects and complications. However, no evidence supports a direct connection between those occurrences and the medication. 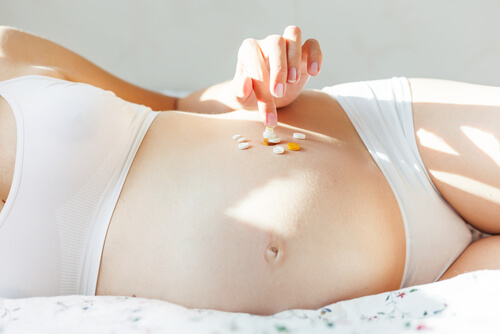 What To Do If A Woman Has Already Taken The Drug?

Cymbalta takes around three days on average to leave the person’s body. Therefore, disrupting the course of treatment will not be beneficial for a pregnant woman or her unborn baby. On the contrary, such a sudden stop in duloxetine therapy can result in suicidal behaviors, relapse of depression or anxiety, and other tremendously harmful consequences for the mother and her child. After the woman has taken the drug, she should contact her doctor to determine whether Cymbalta is necessary during pregnancy.

What Happens If The Father Is Taking Cymbalta When The Child Is Conceived?

There are no known risks to pregnancy in case of the father taking Cymbalta. It is generally accepted that medicines such as duloxetine taken by the father do not affect the fetus since the baby only has a blood connection with the mother.

How Does Taking Cymbalta While Pregnant Affect The Fetus?

Depression is known to increase the chances to miscarry, which makes it harder to distinguish between the effects of the condition and duloxetine. The results of two studies on the matter suggest a small increase in a pregnant woman’s chances of miscarriage if a woman is taking Cymbalta while pregnant during the first trimester.

According to the available data, Cymbalta doesn’t cause preterm birth and do not affect the newborn’s weight. Depression itself is linked to premature birth, which makes it inadvisable to disrupt duloxetine treatment without discussing it with a doctor.

Currently, there is no known correlation between birth defects and Cymbalta treatment during pregnancy. Several studies were conducted, and duloxetine did not contribute to birth defects in any of them.

Other Health Hazards To The Child

Although duloxetine is not linked to any birth defects, certain side effects of Cymbalta might be present in the baby if the mother took the drug during pregnancy. Temporary symptoms occur rarely and mostly only when the woman used Cymbalta near delivery. The baby might experience tremors, problems sleeping or eating, increased irritability, and jitteriness. 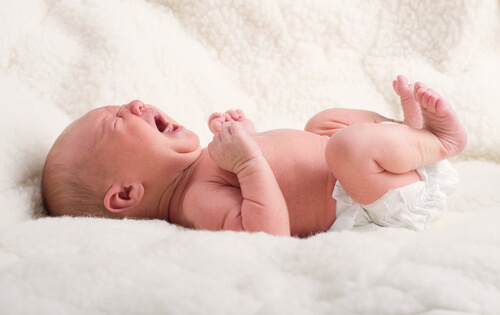 Withdrawal symptoms at birth occur rarely but can present one of the more serious problems. The child might display hyperactive reflexes, yawning, and excessive high-pitched crying, as well as suffer from stuffy nose or sneezing. Cymbalta used during pregnancy might also cause seizures in the baby. The symptoms usually go away on their own after a few weeks. It is advised to monitor the baby’s condition closely during pregnancy when the woman is on duloxetine and after birth.

Persistent pulmonary hypertension of the newborn is sometimes observed in infants of mothers who were exposed to SSRIs during pregnancy. Cymbalta might slightly increase the risk of this rare condition. PPHN occurs in approximately one baby in a thousand and is frequently fatal. Professional medical opinions on the matter are split: some studies conclude that duloxetine and many other antidepressants taken during pregnancy contribute to the risk of PPHN; others claim there is no supportive evidence to make that statement.

Behavioral and development problems are not observed in children of mothers who took Cymbalta during pregnancy. Short-term effects such as crying, sleep problems, and difficulty breathing might occasionally be present in such infants; however, they do not last long or result in lingering impairments. Still, studies are inconclusive on the matter of duloxetine safety when taken during pregnancy. The risks cannot be completely ruled out, and the woman needs to discuss the benefits and hazards of Cymbalta treatment during pregnancy with her doctor.

No adverse health effects were found in children whose mothers took Cymbalta 60 mg daily while breastfeeding. Duloxetine is not absent from the milk, but the amount of the drug that the baby ingests is extremely small. Research suggests that it is unreasonable to discontinue the treatment with Cymbalta while breastfeeding unless the baby displays disturbing symptoms.

In certain cases, the danger might be presented not by the antidepressant itself but by certain Cymbalta drug interactions. If the mother is prescribed any other medications along with duloxetine while breastfeeding, it is necessary to monitor the baby for drowsiness, poor weight gain, and other potential side effects.

Finally, if there are persistent concerns about the baby’s health, it is advisable that the mother discusses alternative treatment options with her healthcare provider. Certain SSRIs such as Zoloft and Paxil act in a way similar to Cymbalta but are deemed to be among the safest antidepressant medicines for nursing women. However, when the signs of drug misuse are detected, it is critical to find drug treatment to avoid severe consequences.

Duloxetine and pregnancy have an ambiguous relationship. This medication belongs to the FDA category C, meaning that the risks cannot be ruled out. However, there is no direct evidence that suggests negative impacts of Cymbalta on pregnancy. Breastfeeding while taking medicine is also considered generally safe. While there is always room for risk, the effects of depression and anxiety on a woman can sometimes be more harmful to the baby than Cymbalta treatment. Therefore, only a qualified medical professional can determine whether the benefits of duloxetine during pregnancy will outweigh the potential risks to the child in every individual case. In case of any urge severe reaction of the organism, it is required to contact the drug facility to get help.