Cymbalta alternatives are enormously helpful to many people who don’t tolerate the drug well. While being effective at fighting depression, pain, and anxiety, duloxetine hydrochloride has a number of negative consequences that may urge patients to seek alternative solutions. Certain drugs similar to Cymbalta can prove to be equally effective in treating these mental illnesses in a way that is most suitable for a person.

Many patients report that the main reason for switching from Cymbalta to Effexor is an increased risk of liver damage on duloxetine hydrochloride. Effexor might be more beneficial to people with liver or kidney problems and to individuals who drink alcohol regularly. Besides, Effexor causes more sleepiness than duloxetine does, so it is a good choice if a person experiences insomnia. In addition to depression and anxiety, Effexor, as an alternative to duloxetine, is also used to treat obsessive-compulsive disorder and migraine. However, unlike duloxetine, it can’t be applied for fibromyalgia, and it might produce harsher withdrawal effects when stopped abruptly.

Patients have a better initial reaction to Zoloft than to duloxetine. Sertraline is used to treat depression and anxiety. It causes less sleepiness than duloxetine, and it promotes weight gain. An individual should consider switching from Cymbalta to Zoloft in the case of duloxetine intolerance or pregnancy. It is advised to consult a doctor before taking any other drugs together with Zoloft since it interacts with many medications and substances.

Switching from Cymbalta to Prozac can be beneficial for patients with depression who want to feel more energetic. It might also be more suitable than duloxetine for the treatment of older people and patients with cardiovascular problems since it doesn’t cause tachycardia or any other heart effects. In addition, Prozac has a half-life that is 2 to 6 times longer than the half-life of Cymbalta.

Lyrica can be the right choice for people who are looking for drugs similar to Cymbalta for pain management. It is used to relieve pain caused by diabetes, fibromyalgia, and spinal cord injuries. Still, pregabalin side effects can be more severe than those of duloxetine, and it is not recommended for patients with heart or kidney problems. In Lyrica versus Cymbalta comparison, Lyrica would also lose by being significantly more expensive than duloxetine. 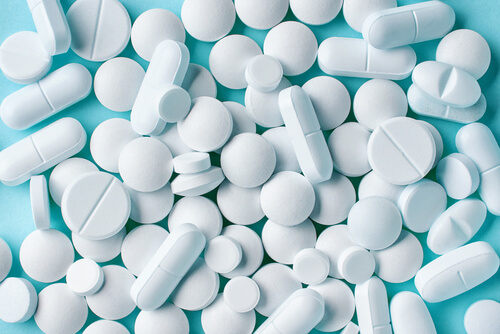 For patients who worry about long-term side effects of Cymbalta, Lexapro might be the right alternative drug. It is known for having fewer side effects than most antidepressants, and it barely interacts with other medicines. Lexapro is also good at preventing relapses in depression and anxiety. However, switching from Cymbalta to Lexapro is not recommended for patients with heart and liver problems.

Switching from Cymbalta to Wellbutrin might be beneficial for patients who suffer from weight gain and sexual side effects. The stimulant properties of Wellbutrin can help with ADHD symptoms and depression. Duloxetine is an SSRI that affects serotonin in the brain, while Wellbutrin is a norepinephrine-dopamine reuptake inhibitor. NDRIs are known to cause agitation, meaning that duloxetine is a better choice for people with anxiety and panic disorders. Wellbutrin is also more likely than duloxetine to cause seizures.

Switching from duloxetine to Pristiq can help increase the levels of energy since desvenlafaxine is less sedating than most other antidepressants. It is also usually taken only once a day, while patients have to ingest Cymbalta twice a day. The major downsides of Pristiq as an alternative to duloxetine is its significant price, extensive sexual side effects, and a considerable amount of time between the initial intake of the drug and its first noticeable effects.

Celexa is an effective antidepressant that causes less drowsiness than duloxetine does. It is also cheaper than duloxetine, so patients who cannot afford the medication or have trouble obtaining Cymbalta coupons may consider switching to Celexa. At the same time, Celexa is not recommended to people with liver and heart problems. It can also cause minor weight gain.

Paxil works similarly to duloxetine and is suitable for the treatment of both depression and anxiety. It can be taken once a day, which makes it more convenient than duloxetine. The use of Paxil is not recommended for older patients and those who suffer from dementia. It also presents more sexual side effects than duloxetine does.

Switching from Cymbalta to Gabapentin only makes sense for patients who suffer from nerve pain related to diabetes and fibromyalgia. Unlike duloxetine, Gabapentin is not used to treat mental health disorders. Its downsides that duloxetine lacks include memory problems, drowsiness, and confusion. There is also a high risk of seizures if the use of Gabapentin stops abruptly. 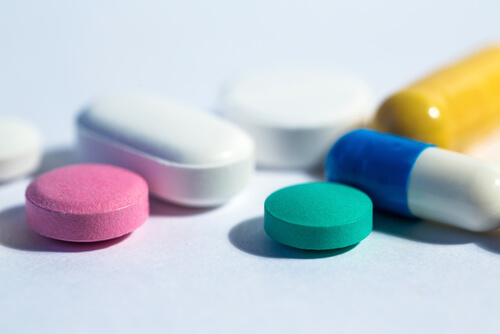 Cymbalta and weight loss go hand-in-hand for many patients, and Remeron can help remedy that situation. It boosts appetite better than many other antidepressants and helps fall asleep faster. If these properties are undesirable, however, it is best not to switch from Cymbalta to Remeron.

Savella is almost exclusively used for fibromyalgia treatment, and it can be a replacement for duloxetine when a person doesn’t tolerate the drug well. At the same time, Savella has an extremely narrow range of uses and is significantly more expensive than duloxetine.

Switching from duloxetine to Trintellix may help with sexual side effects and improve memory. The drug is exclusively used to treat depression and has fewer side effects than duloxetine has. The major downsides of Trintellix are persistent stomach issues and its price.

While Cymbalta is generally well-tolerated, Fetzima is a more controversial drug. Many patients report feeling extremely nauseous, angry, and anxious after switching to Fetzima. Other reviewers state that they feel much better on Fetzima than on duloxetine. It is crucial to speak to a medical professional to determine whether Fetzima can be beneficial before considering it.

Xanax is one of the most frequently prescribed anxiety medications, and many patients report it to be more effective than duloxetine for panic attacks and insomnia. However, Xanax is highly addictive, and its long-term use, as opposed to duloxetine, should be approached with extreme caution. In the case of drug abuse, it is important to find proper addiction treatment.

Natural Alternatives To Cymbalta For Fibromyalgia

Fibromyalgia is a condition associated with anxiety and depression, meaning that some of the best Cymbalta substitutes will resemble the natural remedies suggested for these mental disorders. Sufficient exercise and sleep can reduce fatigue and anxiety.

A healthy, gluten-free diet can help manage the pain. It is also important to identify other potentially inflammatory foods and exclude them from a person’s diet. If a patient doesn’t tolerate duloxetine well and does not respond to other fibromyalgia pain medicines, medical cannabis might be a solution as well.

Finally, many negative effects originate from the interaction of other drugs and certain foods with duloxetine. Therefore, another important form of alternative treatment is being aware of what not to take with Cymbalta. For instance, caffeine and alcohol both interact with duloxetine and act as a stimulant and depressant, respectively.

Medical Advice On Alternatives Use

Numerous Cymbalta alternative medications exist for people who don’t respond to duloxetine well. The most effective alternative antidepressants include Prozac and Zoloft. Patients suffering from nerve pain might benefit from Gabapentin, Savella, and Lyrica. Certain natural remedies such as regular exercise and a healthy diet might help with pain as well. It is vital to refrain from discontinuing the antidepressant without medical consultation. Individuals should always talk to a doctor or consult in the drug facility about any duloxetine side effects and potential alternative treatment.