Salvia divinorum drug has been commonly used by the indigenous people in India, the Mazatecs, as traditional medicine. The primary use of this drug is for the treatment of psychiatric diseases but the Mazatecans use this drug for shamanic purposes, treatment for anemia, and others. Since 2005, around 750,000 people have been using Salvinorin every year. Although Salvinorin is considered to have a low risk for addiction, Salvinorin’s negative effects can be dangerous, especially in long-term use. The most common Salvia divinorum side effects include hallucinations, distorted reality, anxiety, fear, and loss of control or body movement. Still, the nature of the long-term effects of S. Divinorin remains under-researched.

In this article, information about Salvia effects, the common and long-term Salvia side effects, Salvia overdose, dangerous Salvinorin interactions, and how to treat Salvinorin abuse will be provided.

Salvia effects can either be mental, physical, or both, and some of the physical and psychological adverse reactions can be quite severe.

Salvia Effects: Are They Dangerous?

The drug Salvinorin acts on the brain and the duration of Salvia effects differs due to various factors such as how much of Salvinorin has been taken and how it was administered. Within 10 minutes, the Salvia effects can already be observed. Some of these effects include visual and auditory hallucinations, altered perceptions, and dissociative feelings. Moreover, even though the drug Salvia divinorum effect is primarily on the brain, Salvia effects can also be seen physically such as changes in the heart rate and gastric irritations.

As of today, there is an increasing interest with regards to the possible Salvia effects. According to the neurologists from Mexico, aside from Salvinorin’s hallucinogenic use, it also has the potential to be used as an analgesic (pain reliever for neuropathic and chronic pain) and anti-inflammatory (reduces swelling in the stomach, small intestine, and colons) drug. However, there should be a strict policy when this drug has to be used for these indications. 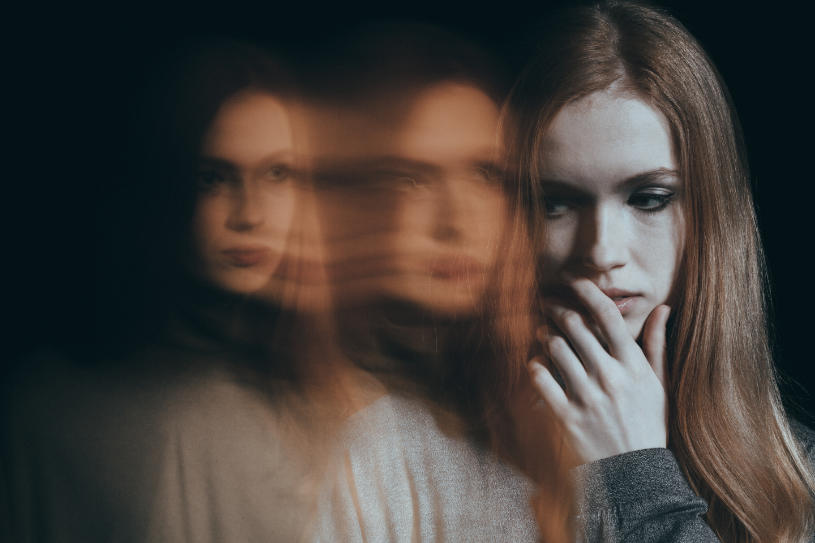 Most of the drugs that are marketed worldwide come with side effects and they may be common, rare, or severe. With regards to Salvinorin, the abuse of this drug can result in several immediate and long-term adverse reactions. Many people who consume this drug consider recreational purposes as one of the primary uses for Salvinorin and may not be aware of what Salvia divinorum effect on the body in the long run. Moreover, Pharmacists from Alabama, USA reported that the most common side effects of Salvia are nausea and vomiting.

Other Common Salvia Side Effects Are Seen in the Information Below:

According to a publication about the health impact of Salvinorin A, it produces strong cognitive adverse reactions, including dissociative effects and memory impairment.

These Short-Term Salvia Side Effects Which Users Experience After the Initial Feeling of Euphoria Include the Following:

The most dangerous Salvia divinorum effect is the possibility of injuring oneself due to the lack of control over body movements and functions. Although this is common, a user in such a situation also puts others in danger. Adverse reactions vary between abusers and are unpredictable. Note that even low doses may yield unpleasant side effects of Salvia. Because of this, a strict policy for the possession of this drug must be implemented.

Long-Term Side Effects Of Salvinorin

Generally, S. Divinorum effects are short-lived. Individuals regain mind clarity instantly when effects wear off. Nonetheless, Divinorum can cause long-term severe aftereffects for the users. These effects can either be mental, physical, or both, and some of the physical and psychological adverse reactions can be quite severe. One interesting long-term side effect of Salvinorin includes Déjà vu and this is more likely to occur during late afternoon or evening. In this section, information about the Salvia side effects long term (mental and physical) will be provided.

Salvinorin’s effects on the brain can prove to be quite dangerous, and more research is required to assess what it does to the brain in the long term. According to the report in the International Journal of Neuropsychology, S. Divinorum induces intense dissociative reactions, blocks external sensory perception, and modulates interoception of body ownership.

As a Result, an Individual May Experience Specific Mental Side Effects Like:

Moreover, abusers can experience sudden and unexpected flashbacks that can cause visual and auditory disturbances. Such a phenomenon is known as Hallucinogen Persisting Perception Disorder (HPPD), and it can interfere with the healthy lives of its users. For those states that legalize Salvinorin, there must be a strict policy implementation in possessing this substance.

The plant causes not just psychiatric and neurological effects but also physical side effects.

Aside from Salvinorin’s mental side effects, there are also physical adverse reactions. So, how does this substance affect the body? According to Doctors from Saudi Arabia, Salvinorin has long-term effects that primarily affect the body and internal organs.

Some of the Salvia Side Effects Long Term Are the Following:

Sometimes users combine Divinorum with other drugs or alcohol to enhance the results. Such combinations can increase Salvinorin after-effects and, when used for the long-term, can pose disastrous risks on learning and memory. Research carried out about the trend of Salvinorin use and substance-use disorders concluded that Salvinorin causes not just psychiatric and neurological effects but also physical side effects such as cardiovascular and gastrointestinal effects. Such events may cause severe adverse reactions like seizures and intubations when the substance is combined with alcohol or other drugs. 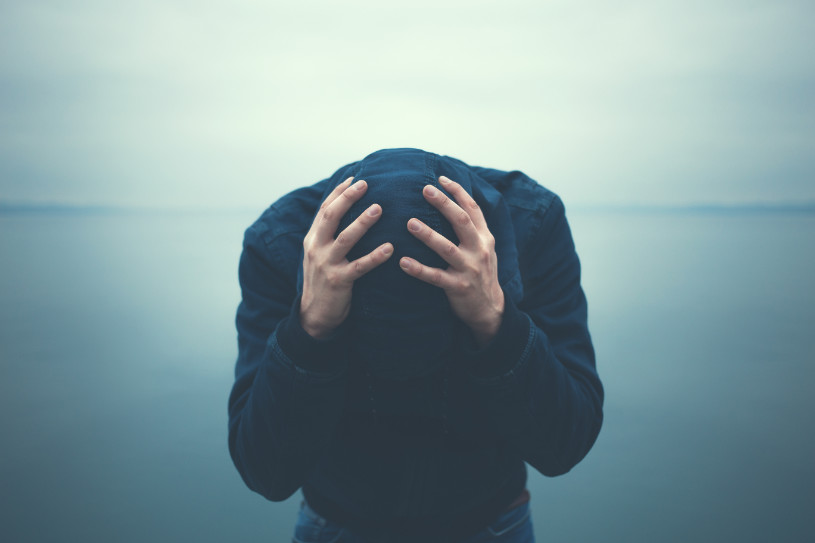 The Dangers Of Salvinorin Interactions

Take note that interactions are also possible when it comes to Salvinorin. Currently, there are around 436 approved Salvinorin interactions, including interactions with alcohol, weed, and another hallucinogenic drug called DMT. In this section, information about these interactions and the dangers they cause will be provided.

Salvinorin belongs to the drug class hallucinogens while alcohol is considered as a sedative or depressant substance. Moreover, when these two substances are combined together, an increase in the effects of Salvinorin, especially depression, will be observed.

Other Dangers When Salvia and Alcohol Are Used Together Include The Following:

Some users of Salvinorin may be unaware about the interaction of Salvia and alcohol. In case any of the dangers above are seen in a patient using Salvinorin, it is advised to contact emergency medical help  in order to avoid other dangerous health events.

Weed is also a depressant, just like alcohol. Moreover, both Salvia and weed are fast-acting substances but the former has a short duration of action while the latter has a long duration of action. When these two substances are taken together, the effects of Salvinorin can be increased and may also cause increased weed addiction.

Other Dangers in the Interaction of These Two Include the Following:

Even if it is not Salvia and weed, take note that any drug interactions with weed are dangerous to the health. Some patients may hesitate to share their medication history to medical doctors. However, understand that medical professionals are respectful with the privacy of every patient. Moreover, if any of the dangerous effects listed above are observed in a patient using Salvinorin, contact immediate medical help in order to avoid unwanted health events.

Both Salvia and DMT (N, N-dimethyltryptamine) belong to the drug class called hallucinogens. Additionally, both of them are schedule 1 substances which means that it is illegal to buy and possess these drugs. Also, they are both potent and when they are taken together, an increase in their individual effects can be seen.

Some Dangerous Side Effects When These Two Are Combined Include The Following:

Aside from those listed above, the most dangerous effect when Salvia and DMT are taken together is an out-of-the-body experience. Because of this, it is strongly advised to never consume these two substances together in order to avoid any other dangers to the health.

Patients using Salvia as a treatment medication must understand that this drug is possible for drug-drug and food-drug interactions.

Signs And Symptoms Of Salvia Overdose

As a hallucinogen, Salvia overdose means an increase in the effects of the drug. However, this time, real dangers can be experienced. Below is an information about the signs and symptoms in the abuse and intoxication of this drug:

When a respiratory arrest occurs, this may actually be fatal. Because of this, every user must understand the dangers of S. Divinorum: how toxic and potent it is. For states who legally sell this drug, there should be a strict policy when it comes to selling and procurement of this drug in order to avoid overdose. Moreover, if any of the signs and symptoms of overdose are observed, it is advised to immediately contact medical help in order to avoid dangerous health events.

Dangers Of Salvinorin Abuse And Treatment

Indeed, Salvinorin, a drug commonly used by indigenous people in Mexico, has a low addiction potential and it comes with many uses. However, take note that along with these benefits come side effects that are dangerous to the mental and physical health of every user. Additionally, patients using Salvinorin as a treatment medication must understand that this drug is possible for drug-drug and food-drug interactions. For this reason, caution and care must always be remembered whenever there is a need to use this substance.

So for those who are wondering, is Salvinorin illegal? This drug has not been approved for medical uses in the United States and individual state laws apply. Different states have different regulatory laws for possession, buying, and selling. The abuse cannot be proven by any standard or extended Salvinorin drug testing. Individuals who want to overcome the addiction from seer’s sage should immediately contact or get enrolled in a rehab center for drug addiction. The first step of treatment for drug abuse can be detox, which will help the body get rid of the toxins. Through the use of various therapies and educational opportunities, patients can receive help in directing their negative behavior into constructive ones. Moreover, rest assured that these rehabilitation centers will respect the privacy of every patient.