How Long Does Fentanyl Stay in System?

Fentanyl is an opioid most commonly prescribed to people who suffer from severe pain episodes. This drug is a Schedule II medication, which means that it has a high potential for abuse. Similarly to Morphine and Heroin, Fentanyl activates the receptors in the brain that are responsible for the sensation of euphoria. This dangerous substance is almost 50 times more potent than Heroin.

Factors That Influence the Duration of Fentanyl’s Presence in System

It is proven that older users tend to metabolize Fentanyl much slower than younger ones. According to Bentley and associates, drug elimination in the group of patients younger than 50 was 265 minutes, and in the panel of patients older than 60, it took 945 minutes.

Cheymol suggests that people with a higher percentage of body fat metabolize Fentanyl longer than users with low body fat index because they have less adipose tissue where Fentanyl can accumulate.

Most of the Fentanyl is metabolized in the liver by the CYP3A4 enzyme. People suffering from cirrhosis or other hepatic conditions tend to eliminate Fentanyl at a slower rate than healthy individuals.

Some people are genetically predisposed to metabolize Fentanyl much slower than others. Several alleles of CYP3A4 are responsible for poor Fentanyl metabolism.

Keeping in mind that most of the Fentanyl is eliminated through urine, it is clear that proper hydration can shorten the time needed for thorough elimination of the drug. 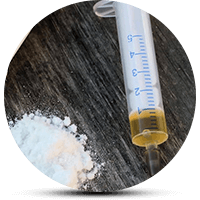 It is commonly known that people with higher basal metabolic rate (BMR) burn more energy during rest. Therefore, higher BMR can have a positive impact on Fentanyl excretion time.

Dosage and frequency of use

The greater the dose of the Fentanyl, the more time it will take to excrete it from system.

Combining Fentanyl with other drugs

Combining Fentanyl with other drugs, especially with CYP3A4 inhibitors, may have an adverse impact on fentanyl excretion.

Duration Of Fentanyl Staying in Blood, Urine, Saliva, And Hair

How is Fentanyl Metabolized in The Body?

25% of fentanyl is absorbed in a user’s mouth via buccal mucosa. The rest of the treatment (75%) is absorbed in the gastrointestinal tract. After the absorption, the drug is distributed in the heart, brain, kidneys, lungs, and spleen. Also, some of it can be deposited in the fat tissue. Fentanyl is metabolized in the liver by the CYP3A4 enzyme, and 90% of it is excreted in urine in the form of metabolites.

The Duration of Fentanyl Effects

Fentanyl taken intravenously reaches its peak 30 to 60 minutes post-injection, and analgesic effects kick in 7 to 15 minutes after ingestion. Effects of the drug start to fade away 1 to 2 hours after administration.