Benzos And Alcohol: Is This Combination Safe?

There have been numerous warnings on the synergistic effects of benzodiazepine and alcohol. Benzos are highly potent medications administered for the treatment of anxieties, seizures, insomnia, irritable bowel syndrome, muscular spasms, and other forms of mental disorder. The medication acts in a similar way as ethanol and also causes a sedative effect.
There have been numerous clinical health complications that have been linked to the concomitant use of drinking alcohol while on Librium or other Benzos. The question is, is it safe to take both substances at the same time?
Benzodiazepine, as a depressant, inhibits the brain activity that leads to panic, anxiety, and others. The benzo alcohol mixture greatly escalates the sedative effect. This may be harmful to health. Physicians who may prescribe benzodiazepines for certain conditions often warn against mixing both alcohol and benzos as the mixture is dangerous and unpredictable depending on various factors. How much harm can a mix of both substances cause?

Learn About Alcohol And Benzodiazepines:

How A Combination Of Barbiturates And Drinking Affects Health

A combination of ethanol and barbiturates is highly risky as the reaction between both substances can affect the nervous system and impede the functions of the respiratory organs such as the lungs and the heart. barbiturates are often prescribed for patients with insomnia, anxiety, depression, and other mental conditions due to its ability to cause sedation and inhibit excesses in the brain. This creates a form of mental relaxation.

This effect is also mimicked by alcohol, hence a combination of barbiturates such as phenobarbital and ethanol can cause escalated sedation, as one increases the impact of the other.

Barbiturates are addictive when abused and so is ethanol. In addition, alcohol addicts often find it tasking to stay without alcohol for a long period, this increases the risk of drinking while on barbiturates. As tolerance to both substances builds, one could indulge in a fatal dosage which would be problematic to health.
Xanax and alcohol interactions can be dangerous as mixing both substances may intensify their side effects. Ativan and alcohol create similar effects, as well as other benzo combinations. Those who intentionally mix Klonolopin and alcohol mostly do so in order to experience a “buzz” or feeling of euphoria. This, however, puts pressure on the liver, making the organ work harder in order to break down (metabolize) both substances. 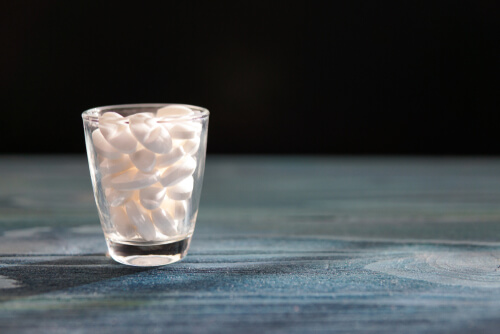 Valium and alcohol can increase the risk of memory losses in the form of blackouts. This is also peculiar with alcohol and Xanax depending on the amount taken. Benzos and alcohol affect the health in various ways, here are the possible health conditions that may result from the combination of both substances:

Risks and dangers associated with the combination

Alcohol and prescription drugs such as Benzos may be lethal depending on a number of factors such as sex, age, weight, tolerance, the amount ingested, the ability of the body to breakdown the mixture, and conditions of the organs such as kidney, heart, and liver. Skeletal muscle relaxers and alcohol are particularly dangerous especially for individuals handling heavy or fragile machinery at their place of work.

Statistics On Benzos And Drinking

Reports have stated that benzodiazepine misuse has escalated in recent years. The concurrent use of benzodiazepines and alcohol as well as opioids has reached critical levels and is responsible for several death cases.

In 2008 prescriptions for benzos were approximately 75 million in the United States, and in 2010, about 186, 000 new users were counted. 44 million prescriptions of Alprazolam were distributed in 2009 which was twice the amount of clonazepam.

It is a known fact that benzos may decrease respiratory capacity, but they have rarely led to deaths. The severity of benzo side effects was mostly caused by the incessant mixtures of the medication with alcoholic drinks and other substances. Both substances interact by increasing the activities of GABA (Gamma-aminobutyric acid) and decreasing the activity of NMDA (N-Methy-D-Aspirate). This reaction can be fatal. 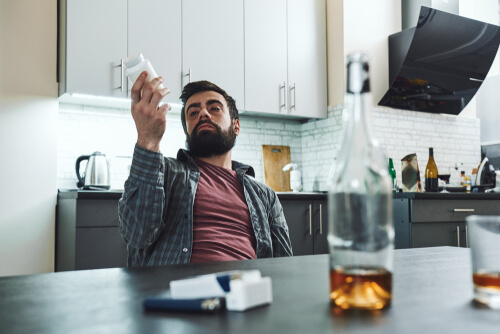 Ethanol on its own is one of the highest causes of deaths in the US with a record of 14.1 million adult users in 2017. An estimate of 443,000 adolescents between the age ranges 12-17 were diagnosed with ethanol use disorder. The economic burden of ethanol use in the United States was approximately $249 billion in 2010.  The data may include mixtures such as antidepressants and alcohol. The temptation to mix substances such as ketamine and alcohol is often high with alcohol addicts and drug abusers. Those who are dependent on prescription medications and ethanol are best referred to rehab for proper medical attention.

Signs That A Person Abuses Benzos And Alcohol Together

Benzos such as Librium and alcohol can lead to abuse and addiction. With the vast number of possible substance abuse symptoms, it may be challenging to figure out the specific signs that a person or loved one is likely abusing alcohol and benzodiazepines. Alcohol and inhalant may show different side effects due to differences in route of exposure, but still provide a feeling of intoxication. However, there are signs that are peculiar to benzos and ethanol. These signs are as follows:

The complications of alcohol abuse and withdrawal can be severe. Many new cases of ethanol addiction are treated yearly as alcohol tops the list as one of the most influential substances in the US. Even though the benzodiazepines and alcohol interaction has proven to be quite severe and can lead to other health implications, research has shown that the medication on its own has proven to be extremely effective against the symptoms of ethanol withdrawal.

Benzos and other supportive care regimens such as vitamins are administered to manage alcohol withdrawal syndrome which may be mild or severe, depending on the levels of ethanol dependence of the individual.

The clinical presentations of ethanol withdrawal symptoms may occur just a brief period after the last drink. Benzodiazepines for alcohol withdrawal alters the activities of the central nervous system, inhibiting withdrawal manifestations such as seizures, insomnia, agitation, tremors, tachycardia, sweating, nausea, and vomiting, auditory and visual hallucination. The administration of benzos for ethanol withdrawal should be conducted by a healthcare professional.

Benzodiazepine alcohol use is a pervasive problem and has led to various levels of health complications in individuals. Abusers who are particularly into the Xanax and alcohol high often find themselves developing tolerance and addiction to the substance. In cases of addiction to alcohol and benzo combinations, the first thing to do is to seek immediate treatment at a rehab facility. Home treatment for substance abuse and remedies are highly unadvised without the supervision of a qualified medical professional.