Moderate drinking is perceived as a perfectly normal and harmless activity. It is a popular way of socializing, relaxing, or celebrating special occasions.
People who get repeatedly drunk may be the only ones who get reprimanded and judged. They are perceived as engaging in risky, irresponsible behavior that could harm themselves or others. But other times, only those who can’t function normally because of their drinking are labeled as problematic, and people who drink to excess are excused because it seems they can manage their daily affairs despite their questionable habits.

Because alcohol is such a widely available product, there is confusion about what should constitute socially and medically acceptable norms of consumption. Questions of risk, reward, and possible consequences are obscured or avoided based on ingrained cultural attitudes that remain largely unchallenged.
There is no clear awareness of the differences between social drinkers, problem drinkers, and alcoholics. People are not being educated about the warning signs of alcoholism, and as a result, they are too often ignored.

While there is no official social drinker definition, there are some generally accepted guidelines for safe drinking limits.

While these guidelines may seem useful, in fact, they may have limited applicability. A true social drinking definition would have to factor in each person’s ability to handle alcohol (no two people are precisely alike here), and there is no universal standard that allows us to do so.
As it stands, the guidelines listed above might be considered unrealistic or overly restrictive in some cultures. They might make sense in a Mediterranean country like France, Italy or Spain, where it is customary to drink a glass of wine with dinner. But rigid standards don’t necessarily dovetail with the need for people in other cultures to relax and celebrate by drinking. In the United States, for example, someone who drinks larger amounts on a semi-regular basis would likely still classify themselves as a social drinker.
To correctly answer the question, what is a social drinker, we must develop a social drinking definition that is based more on actual consequences than an arbitrary standard. We can say that a social drinker is someone who engages in regular alcohol consumption in various social settings, without creating obvious life disruptions or severe physical, mental, personal or financial problems.

If someone is the typical social drinker, it means they: 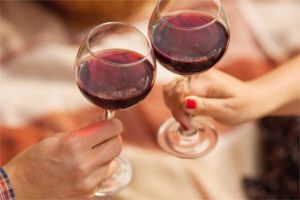 There are of course other ways to relax, fit in, celebrate or promote better heart health. But in our culture, many people start drinking without giving it a second thought.

There are non-drinkers, occasional drinkers, social drinkers, and alcoholics. But what about heavy social drinking, where people pass out every other weekend? They don’t feel the urge to drink during the week and lead an otherwise functional life but may spend Friday night through Sunday in an alcoholic stupor. 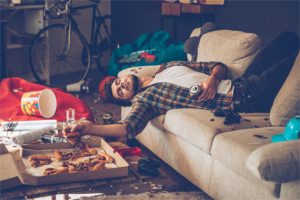 That form of alcohol use is classified as problem drinking. It typically occurs in the period between the late teenage years and early twenties, among those who are in high school or college and heavily influenced by peers.
Young problem drinkers start out seeking to forge close social bonds. Oftentimes, these people can reduce cut their drinking later on, after they mature and begin to take on more life responsibilities, such as beginning a career, starting a family, surviving an adverse drinking experience, and so on.
So a strong incentive is enough to make a problem drinker stop. And because they can do so suddenly and without withdrawal symptoms, they could not be classified as addicted.

Social drinkers do not necessarily descend into alcoholism. That is a long process involving many factors.
Social drinkers have fundamentally different motivations when drinking than alcoholics. They can stop anytime if they have a good enough reason to quit. Alcoholics, on the other hand, can have the best incentives and good intentions, but they are unable to cut back on their drinking without help from treatment professionals.
Developing alcoholics are often in denial about their relationship with alcohol. They need to rationalize their behavior, which becomes increasingly dangerous and embarrassing. They usually recognize and acknowledge their problem only after an accident or a meaningful, negative alcohol-related event—or after they hit absolute rock bottom.

The telltale warning signs of alcoholism include:

If just a few of these signs of alcoholism are present, a person should quit social drinking (and any other drinking) immediately and seek the counsel of an addiction treatment specialist. 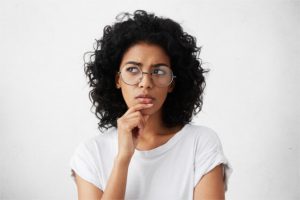 If someone wondered if their drinking habits qualify them as social drinkers, problem drinkers, or alcoholic drinkers? Here are some questions to ask that can help one make the determination:

If someone answered yes to any or all of these questions, it likely indicates that they’re more than just a social drinker.
Here’s an experiment a drinking individual should try:

If they party every week, stop drinking for, say, a month. Still attend the parties but stay sober, and observe how they feel.

An experiment like this is a good way to gain insight into the drinking habits because it allows evaluating how much a person depends on alcohol while socializing. If their dependence is strong, the drinking may be something more than social—or at least heading that way, if the individual doesn’t take steps to reverse the trend.

Assuming an individual not an alcoholic, drinking responsibly means drinking with full conscious awareness of what one is doing and why they’re doing it.
If an individual chooses to continue drinking, here’s how to stay safe: