Different Types Of Alcoholics: How Many Are There?

A History of Trying to Understand the Different Types of Alcoholics

Alcoholism has probably existed as long as humans have known how to distill alcohol, so there is a long history of alcohol use and abuse throughout all of recorded history. Excessive use of alcohol was known to be the cause of personal and social problems in Biblical, Egyptian, Greek, and Roman times, and has been studied and researched as a problem ever since. 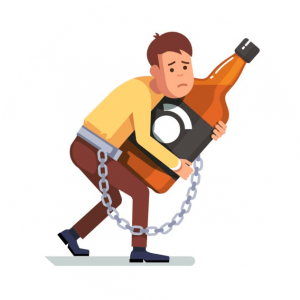 Before the modern medical era, alcoholism was widely regarded as a moral failing, until physicians began to discover the many ways in which it was better understood and better described as a disease, the condition we now call alcohol abuse disorder or AUD. Early attempts to define and categorize alcoholics – those who suffer from AUD – tended to classify alcohol abusers into four broad categories:

In 1987, Swedish doctor C. Robert Cloninger attempted to categorize the last category –alcoholics – into two subtypes. His distinctions between the two types primarily dealt with genetics (whether there was an inherited family history of alcoholism) and the onset of the disease, together with other qualities such as personality traits and dependence:

The problem with this analysis was that Cloninger’s two subtypes were based on a study of 360 male patients being treated for alcoholism in Veteran’s Administration hospitals. Thus the data was therefore not a representative sample of men and women, and it also ignored the 25% of alcoholics who never seek or receive treatment. So in 2007, a more thorough study, one based on a more representative sample of people with AUD, was undertaken by the National Institute on Alcohol Abuse and Alcoholism (NIAAA), a unit of the National Institutes of Health (NIH).

The NIAAA study was based on the National Epidemiologic Survey on Alcohol and Related Conditions (NESARC), a nationally representative study of alcohol, drug, and mental disorders in the United States. It focused on 1,484 NESARC respondents who met all diagnostic criteria for alcohol dependence and included people who were in treatment for their AUD as well as people who were not. 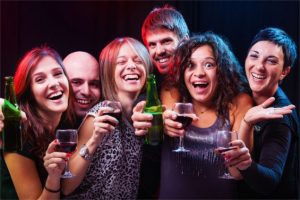 This broader sampling enabled the researchers to pinpoint five different types of alcoholics, based on the respondents’ family history of alcoholism, their age at the onset of alcohol problems, their symptoms of alcohol dependence and abuse, and the presence or non-presence of additional substance abuse or mental disorders. These five NIAAA subtypes are briefly described below, and then in more depth in the following section:

In the next section, we provide more detailed traits of each of the five types.

Characteristics of the NIAAA’s 5 Types of Alcoholics

These drinkers tend to be young, and often are associated with the college and young professional “party scene.” That is, they drink heavily in the company of friends on weekends, but rarely during the week. As a group, they have low rates of mental illness and low rates of family alcoholism.
Interestingly, while this group drinks less often than other alcoholics, they tend to “binge drink” more often and consume more alcohol during those binges. For example, on “binge days,” members of this group often consume up to 14 drinks. Although the average age of this group is 24, most have spent at least the last four years as an alcoholic. 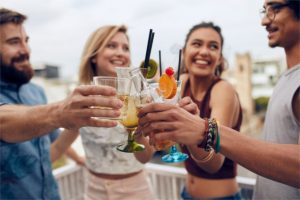 Fewer than 9% of the members of this group seek help; when they do, they tend to prefer 12 Step programs over rehab clinics or private professional practices.

This group is primarily in their mid-20s, and have the earliest age of onset of drinking (16). They tend to come from families with alcohol addiction problems, started drinking early, and also abuse other substances. NIAAA researchers found a definite link in this group to antisocial personality disorder (ASPD), which is not surprising because another study in the Archives of General Psychiatry found that one particular serotonin receptor in the nervous system is associated with both antisocial behavior and alcoholism. This is of interest because people in this group may be using alcohol as a form of rebellion, drinking heavily because it is not socially acceptable. Given the high incidence of mental illnesses in this group, they may also drink to “self-medicate” to help control these disorders.
The traits of antisocial personality disorder include regular fighting and assaults, criminal activity, impulsiveness, deceitfulness, a lack of remorse, and an inability to accept responsibility for one’s own actions. This may contribute to the group’s binge drinking behavior, the highest of the five groups, with people consuming up to 17 drinks at a sitting. Studies have shown that people with ASPD are 21 times more likely than normal to develop an alcohol dependency in their lifetimes.
Over three-quarters of this group are male, and less than 8% received a college degree. About half are employed full-time, and their median family income is the lowest of the 5 subtypes.
About a third of the members of this group seeks help; when they do, they prefer self-help groups and detox programs.

INTERESTING FACT: Young Adult and Young Antisocial Alcoholics presently account for about half of the alcoholism in the United States.

People in this group disrupt many of the assumptions that people have about alcoholics because they are older (average age 41), well-educated, often have stable jobs and families, and appear as if their lives are under control. They tend to drink every other day, as opposed every day. However, members of this group often have difficulties controlling how much they drink, so family members are often the first to notice and detect this type of alcoholic, as they watch the people they love retreat further and further from them to spend more time drinking.

About 25% of the members of this group seek help; when they do, they prefer 12 Step programs and private treatment programs.

The name chosen for this group seems odd but was selected because the majority of its members are middle-aged and come from families with a history of alcoholism. The latter statistic is not surprising, because according to the Collaborative Study on the Genetics of Alcoholism, the child of an alcoholic parent is four to nine times more likely to become an alcoholic than a child without an alcoholic parent. It is unclear, however, whether this statistic is true because they watched alcoholic behavior growing up, or whether they have a genetic disposition to inherit the disorder.

Members of this group began drinking at an average age of 17 and developed a dependence on alcohol at age 32. Of the five NIAAA alcoholic subtypes, this group has the highest employment rate, with 68% working in full-time jobs.

About a third of the members of this group seek help; when they do, they prefer private treatment programs, detox programs, and self-help groups.

Although this is the smallest group (9%), it is one of the most detrimental. This is because people in this group often have mental health issues that are difficult to resolve or deal with, such as anxiety, depression, bipolar disorder, and antisocial personality disorder, and also have addictions to other substances. They have the highest percentages of drinking more than they intended, alcohol-related work problems, withdrawal symptoms, and alcohol-related emergency room visits.

While these facts may paint a less than hopeful portrait of this group, the NIAAA researchers also found that they are the most likely of any of their five subtypes to seek treatment. When they do, they prefer specialty rehab, detox programs, self-help groups, and inpatient treatment.

The 5 types of alcoholics postulated by the NIAAA have proven useful among professionals when trying to determine how best to inspire members of the different groups to seek treatment. But it’s good to remember that these types are just a theory and that every individual alcoholic is to some extent unique.

That said, there are several traits that are shared between the groups, and that has led some researchers to further speculate about whether there is such a thing as an alcoholic personality type. The personality traits in the following list have been suggested as a basis for such a type if one exists.

When reading it, however, please remember that most people will recognize in themselves some of the traits below. This doesn’t mean that they are an alcoholic or likely to become one. Real alcoholics will display more of these traits, and more strongly.

Also, there is an intense debate over whether these personality traits develop before one becomes an alcoholic, or afterward. In other words, because alcohol abuse changes a person’s personality, it is quite possible that the following “alcoholic personality traits” are not contributing causes of alcoholism, but the results of it: