Plugging Drugs – What is it, Methods, Requirements, and Complications 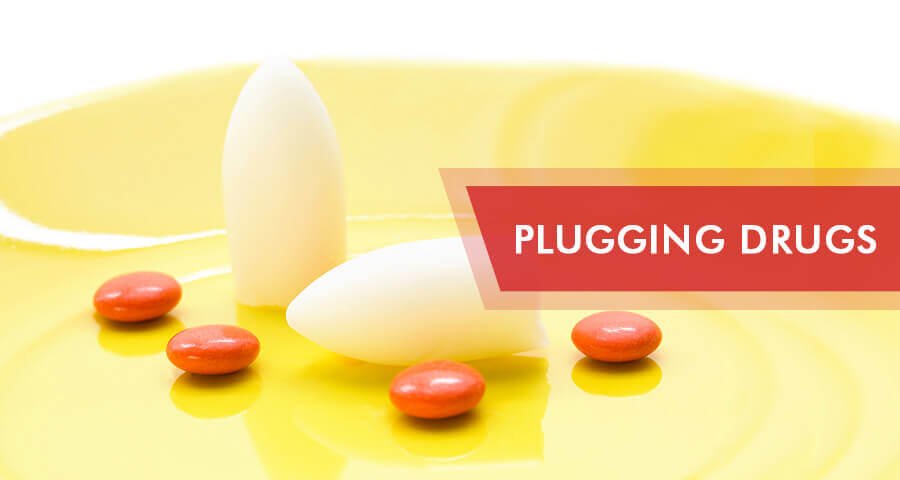 Plugging drugs is an alternative method of drug use that utilizes the rectal administration of drugs. It is not the most natural route for drug administration. Even so, inserting the drugs in the anus is a medically viable way for taking many drugs. They include aspirin, glycerin, laxatives, etc. Individuals with an addiction to opiates, cocaine, MDMA, Adderall, and MDMA often use the rectal route to get high. One can also call rectal drug use booty bumping.

There are many reasons for the need for plugging drugs instead of injecting, snorting, or taking them by mouth. Many addicts plug the drugs out of curiosity to experiment. Other may do it to avoid injection marks. In addition to these, many addicts continue to use rectal use because they have realized its benefits.

Rectal use of the drug is illegal unless it is a doctor’s instruction.

What Kind of Drug Is Used in Plugging?

There are several drugs they use by putting them in the butthole. For example, heroin plugging is one of the ways they use to get high. However, the euphoric effects by rectal administration of heroin have delayed onset. One can compare this to those by smoking, snorting, or injecting into the vein.
In general, drugs which are soluble in water or other solvents are the best choice for rectal administration. It is because they do not irritate. Some common examples include opiate plugging, cocaine plugging, and MDMA plugging. The choice of the drug they use in plugging also depends on their physical characteristics and absorption properties. For example, a person would not plug a drug which has very little absorption from the colon walls.

Plugging drugs, as well as smoking, snorting, or injecting them into the vein, are against the law.

Plugging drugs can cause several complications and adverse effects on users. The most common of all complications is the irritation of the tissues lining the interior of the colon.
Other complications that may arise due to the rectal administration of drugs include:

If one has any queries about plugging drugs or want to know more about drugs addiction, it is important to talk to the experts. They can give proper counseling and recommend the right treatment. Click here to connect with the best experts in the town.