There are many drugs similar to Effexor that can be used for treating depression and anxiety, such as Pristiq, Zoloft, Lexapro, and Prozac, but they work in different ways. These medications may be used for patients who cannot afford Effexor or have contraindications to its use. In some cases, alternatives to venlafaxine may have fewer side effects. Sometimes natural alternatives to venlafaxine can be safer and have fewer side effects. A healthcare provider may find a suitable alternative to Effexor. Choosing an alternative to Effexor without a doctor’s advice may be dangerous to health.

Venlafaxine and Pristiq are both grouped in a class of medications called SNRIs (selective serotonin and norepinephrine reuptake inhibitors). Both are approved to treat depression. They are available as extended-release oral tablets.

Both are effective SNRI medications that can treat depression. When comparing Cymbalta vs. Effexor for anxiety, both are effective for relieving anxiety disorders. However, Cymbalta can also treat diabetic neuropathic pain, fibromyalgia, and chronic musculoskeletal pain. Venlafaxine can be used for insomnia, but Cymbalta can not. Here are some more differences and similarities between these drugs: 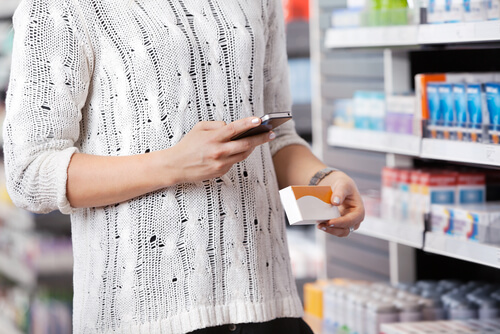 What is the difference between Zoloft and Effexor? Zoloft is an antidepressant drug as well as venlafaxine, but Zoloft works differently:

Escitalopram can treat depression and anxiety as Effexor. Although they treat similar conditions, the difference between Lexapro and Effexor is in how they work: 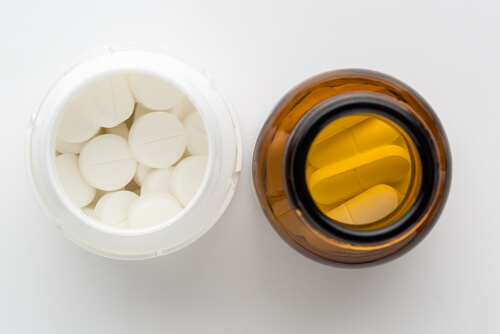 When comparing Effexor vs. Wellbutrin for treating depression, both medications are effective in relieving depression symptoms. The following are some more differences and similarities between these drugs:

However, both are used for treating depression and anxiety, they may differ in some properties. The following are some more similarities and differences between these medications: 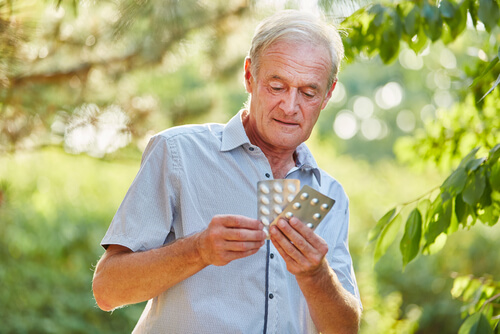 Both medications are good for treating depression and anxiety. However, they can have some similar and different properties such as:

Although Celexa and Effexor are used for treating depression and anxiety, they can have some similar and different properties such as: 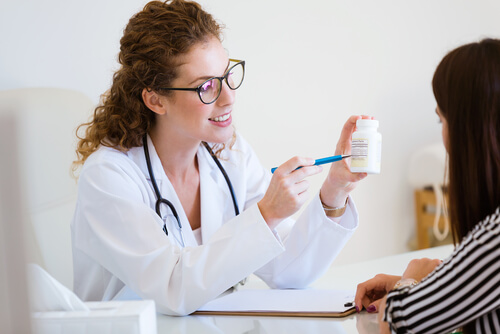 Both are used to treat major depressive disorders but can differ in how they work. Here are some similarities and differences between the two drugs:

Venlafaxine and Xanax may be used in relieving generalized anxiety disorder associated with depression and panic disorder. Although they treat similar conditions, there is a difference in how they work:

People sometimes combine these medications in order to get Effexor high effects reinforced by Xanax. However, the recreational use of these drugs is significantly dangerous and can cause many adverse reactions and even lead to overdose.

SAMe is a dietary supplement available in the U.S. market.  It is safe and effective in treating depression, but it is not approved by the Food and Drug Administration (FDA) yet.

Omega-3 supplements are being researched for the treatment of depression, mood disorders, and depressive symptoms in people with bipolar disorder.

According to the U.S. National Library of Medicine, Ginkgo Biloba extract is an adjunctive treatment that can effectively improve symptoms of depression. It enhances blood circulation and oxygen supply to the brain. 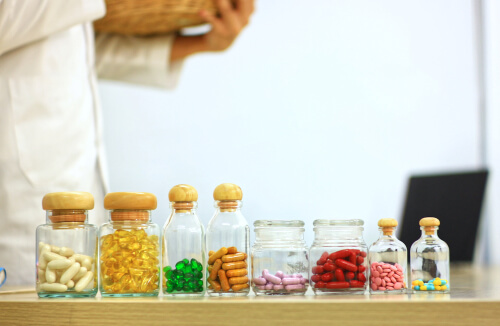 It is a herbal supplement that is used for treating mild to moderate depression but is not approved by the Food and Drug Administration (FDA) in the U.S.

The benefits of saffron for treating depression are well documented. But it may cause dangerous side effects if taken in high doses. It is important to consult a healthcare provider before taking saffron, to avoid the risk of dangerous effects.

It is an amino acid that can be found in green and black tea. L-theanine has several beneficial effects in patients with major depressive disorders for treating depression, sleep disturbance, and anxiety.

Sceletium is used for relieving stress and treating anxiety and depression. Sceletium is a selective serotonin reuptake inhibitor (SSRI) with inhibition of phosphodiesterase-4(PDE4). The combination of SSRIs with PDE4 inhibitor has synergistic therapeutic potential in central nervous system disorders by providing higher symptomatic efficacy and wider therapeutic benefit than either as a medication on its own.

Regular use of turmeric can increase dopamine and serotonin levels in the blood. It can result in greater feelings of happiness for patients who suffer from depression. Turmeric is well-tolerated and efficacious among depressed patients.

All Effexor alternatives, both other medications as well as natural ones, should be used only after consultation with a doctor. Self-medication can be dangerous and may lead to health problems, including addiction.

What Alternative To Effexor Should One Choose?

Lexapro is an effective alternative to venlafaxine with less adverse reactions. There are also several alternatives to Effexor XR that can be used with better efficacy and fewer side effects, such as turmeric, sceletium, and ginkgo biloba. However, it is recommended to consult a doctor to choose the most suitable alternative as the adverse and allergic reactions are still possible. Before resorting to venlafaxine uses or the use of its alternatives it’s crucial to consult a medical specialist. Venlafaxine withdrawal symptoms may appear after stopping its use suddenly or after switching to alternative medication without a doctor’s approval. It would be essential to look for a suitable treatment plan to start recovering in such a case. Finding a rehab facility is highly recommended to accelerate the recovery process.