While Paxil is a drug often prescribed to a patient to assist in the treatment of depression, anxiety disorders, and panic attacks, some individuals try to experiment with a paroxetine high dose. Understanding how the drug interacts with the body and the chemicals in the brain is crucial. Paxil recreational use is an abuse and can lead to a higher risk of side-effects, as well as possibly cause a person to develop substance dependency issues.

Is Paroxetine High A Possibility?

Paxil effects are utilized to assist a person who is struggling with panic attacks, depression, and other mental illnesses. A physician understands what Paroxetine is used for and would not prescribe it to a patient unless needed, but there is a concern in some locations, such as the United States, regarding the overprescribing of the drug. Principally, the drug is not known to cause a person to experience a typical high feeling like some other medications that are used to treat mental disorders. The drug also often does not yield fast-acting effects, but rather takes some time to start producing results in the patient that are noticeable.

How People Get High On Paxil

There are different ways that people tend to use this drug when they are looking to experience a high or euphoric effect from the medication. Many people ask if Paxil can be crushed. When crushed, there is a high chance that the person is going to be snorting Paxil.

To experience a Paroxetine HCL high, some people may also experiment with other types of methods to enhance the effects that the drug has on their brain chemicals. Some may try for a Paroxetine 40 mg high if a low dose is unable to satisfy their need for a euphoric effect when they administer the drug for recreational use.

When crushed, some may smoke the crushed drug instead of snorting. Some people may also experiment with injecting the drug, parachuting, or plugging. In some cases, the individual may try to elevate their high by mixing Paxil with other medicines that also act upon the chemicals of the brain, such as a dopamine reuptake inhibitor. Paxil and alcohol are sometimes combined to enhance the euphoric effects, but this can lead to more severe side-effects.

Any way of abusing Paroxetine for non-medical purposes is a dangerous and illegal practice that should be avoided at all costs!

How Long It Takes For Paxil To Kick In

Paxil is not a fast-acting drug. A person who starts to take the medicine may experience effects like Paxil sexual side effects and fatigue before the medication starts to help the individual feel improvements in their depression symptoms or panic attacks. 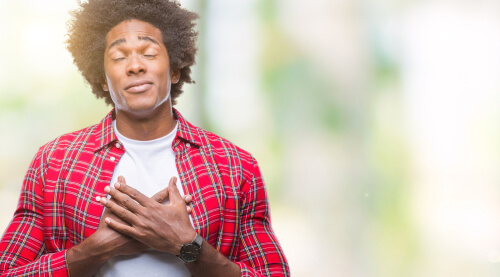 Most people will find that within the first two weeks after they start to use the medication, they start to experience improvements in their energy levels, they sleep better, and their appetite improves. While weight gain is possible at this time, Paxil and weight loss are sometimes also seen in certain patients.

For the full effects of the drug to become active, the individual should allow at least eight weeks.

However, if speaking about the euphoric effects of the medication, the first symptoms may appear in a few minutes after the consumption. The exact timeline would depend on the route of administration, dosage, drug interactions, and personal intolerance. For example, snorting paroxetine would produce high faster, as the drug will cross the blood barrier immediately.

Since Paxil is not known actually to cause a person to become high, each who does take the drug for recreational purposes with the idea of experiencing a euphoria may experience different effects. It also depends on the dosage. For example, a Paroxetine 20 mg high may feel different from a higher dose. An example of a higher dose would be in the case where a person tries to experience a Paroxetine 40 mg high.

There are some effects that people may experience, such as: 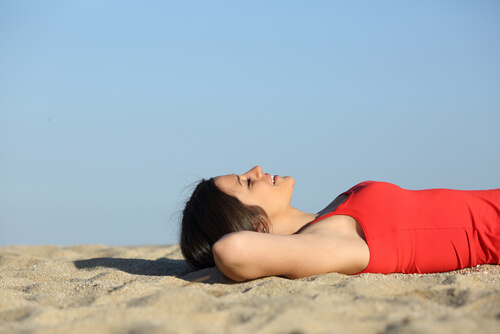 Some individuals may be at a higher risk of experiencing a “high” when they use Paxil.

Recreational Use And Addiction

Even though Paroxetine itself is considered non-habit forming, abusing the drug and mixing it with other types of medications can cause dependency problems. When Paxil medication is used in doses higher than what is recommended or by a person who does not require the drug, side-effects may also be more serious. The development of addiction can lead to withdrawal symptoms when an individual is unable to get access to more pills as well, which may cause them to seek other ways to experience the high feeling that they have become dependent on.

When a person uses the drug for recreational purposes to experience a high, there is also a chance that they may take higher doses when the current dosage does not seem to work for them anymore. When raising the dosage to Paroxetine 40 mg, for example, more severe complications may develop.

When an addiction develops, the person should learn how to wean off Paxil. Quitting the use of the medication once a dependency has established is likely to cause several potential side-effects to occur during withdrawal. In such a case, addiction rehabs may help with the detoxification process. The treatment for substance addiction might be a long process, but it is successfull if the patient has a strong desire to recover.