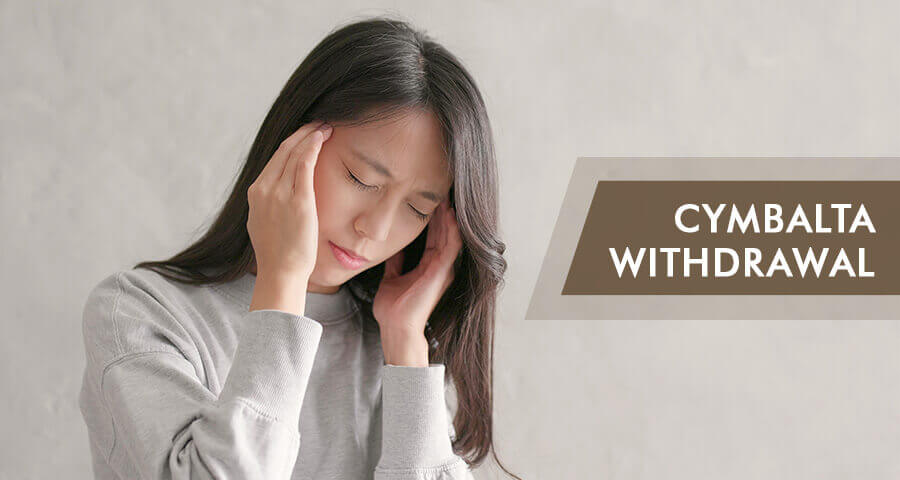 Duloxetine withdrawal can be tough. Although this antidepressant is not physically addictive, Cymbalta withdrawal effects can be quite severe and even life-threatening. Knowing how to reduce and manage duloxetine withdrawal symptoms can help a person complete the treatment successfully and avoid relapsing.

Cymbalta Withdrawal: The Causes Behind

Considering what duloxetine is, it is rarely associated with dependence and withdrawal by the majority of patients. However, stopping Cymbalta abruptly frequently results in a number of negative effects, both physical and psychological. The symptoms are caused by Cymbalta withdrawal syndrome, typically referred to as discontinuation syndrome.
Similarly to the majority of other antidepressants, duloxetine begins exerting therapeutic effects after it has built up in a person’s system. This scheme puts the body through tremendous stress when the dose is suddenly changed, resulting in harsh withdrawal symptoms.

A study reports that Cymbalta withdrawal symptoms last for weeks and even months in some patients. It is also noted that as many as 44% of patients experience some effects of duloxetine discontinuation syndrome.

In addition, withdrawal from Cymbalta sometimes occurs as a consequence of duloxetine abuse. Despite the fact that Cymbalta can’t get one high in traditional notion, it is sometimes misused for its mood-lifting properties or as a form of self-medication. In order to manage symptoms effectively, those addicted to duloxetine should contact a rehabilitation center.

Withdrawal symptoms from Cymbalta can be both moderate and severe. They often manifest as amplified side effects of taking Cymbalta. It is barely possible to compile a comprehensive Cymbalta withdrawal symptoms list since they differ from person to person; however, medical professionals are able to distinguish the following most frequently reported effects.
The psychological symptoms of duloxetine withdrawal might include: 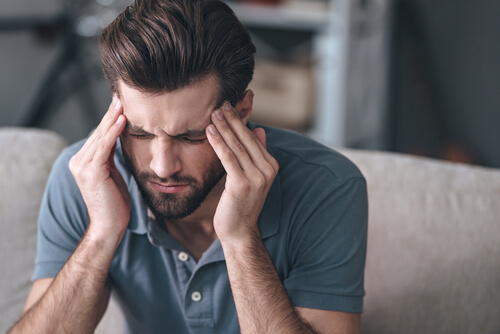 Another hazard of the above-mentioned symptoms is their potential for causing other more severe issues. For instance, if a person feels depressed after quitting Cymbalta, they might take a large dose in an attempt to alleviate the disturbing feelings. This might lead to duloxetine overdose and other health problems.

Brain zaps on Cymbalta are a common but not fully explained phenomenon. Patients describe the zaps as sudden electrical buzzing in their head. Sometimes the sensations extend to other parts of the body. Brain zaps caused by quitting duloxetine are often accompanied by disorientation and lightheadedness. While significantly disturbing to many, brain zaps are not known to present any danger to the person.

Patients who experience the discontinuation syndrome often wonder how long Cymbalta withdrawal lasts. The process can be quite lengthy depending on the dose of the drug, for how long a person has been receiving treatment, and other individual characteristics. Overall, the process of detoxification and withdrawal can take up to several months.

The first symptoms appear after about 12 hours after an individual ingested the last dose of Cymbalta. At that time, approximately half the consumed dose still remains in the person’s system, so the effects are likely to be minor.

After 24 hours since the ingestion, the person might begin experiencing nausea, sweating, agitation, and other withdrawal symptoms.

The physical side effects of duloxetine normally peak after 2-3 days and can persist for more than a week.

The psychological symptoms of stopping duloxetine can last for months. Although they slowly fade with time, great emotional disturbance can trigger the return of depression, anxiety, or any other mental disorder that the antidepressant was intended to treat. The period when a patient get off duloxetine is also characterized by an increased risk of suicide.

There Is No Universal Timeline

The severity of withdrawal from Cymbalta and how long it takes to stop experiencing the symptoms depends on every patient’s individual characteristics. It is incredibly difficult to predict each person’s response to the discontinuation of duloxetine. Therefore, medical supervision is strongly advised to help the patient quit duloxetine without damaging their health along the way.

How To Ease Cymbalta Withdrawal Symptoms

Cymbalta withdrawal symptoms result from quitting duloxetine cold turkey or sudden dosage reduction. Therefore, the most effective method of countering the side effects is lowering the dose of the drug slowly. Moreover, a gradual decrease is the only way to avoid the development of duloxetine discontinuation syndrome altogether. Talk to a doctor prior to quitting the medication to create a plan that will allow to get off the drug painlessly.

If the symptoms are already present, Cymbalta withdrawal relief can be found in several natural remedies: 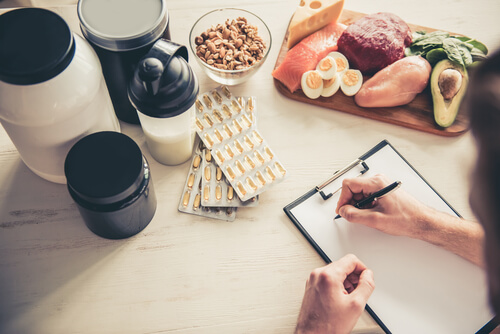 Finally, switching to a different antidepressant that would be more suitable for the person is also a potentially beneficial option. Medications like Prozac that have significantly longer half-lives than duloxetine do leave the body more slowly and result in less severe withdrawal symptoms.

When it comes to Cymbalta withdrawal, help is available to enable people to overcome the dependence on the medication and ease the side effects. Cymbalta discontinuation happens in the following stages.

1. Identification Of The Individual Symptoms

The first step is to determine how a particular person is responding to duloxetine withdrawal. Factors that affect it may include:

Medical detox is required to let the brain return to its normal state without duloxetine. Cymbalta dose is gradually reduced over several weeks or more depending on the patient’s reaction. It allows the body to readjust without putting it through the stress of withdrawal symptoms.

3. Treatment Of The Emerging Symptoms

Withdrawal symptoms might appear even when the dose is reduced slowly and carefully. Certain antidepressants such as Prozac might be used once to counter the psychological side effects of quitting duloxetine. Other medications might also be used to treat diarrhea, nausea, and insomnia.

The necessity to manage Cymbalta withdrawal extends well beyond the initial detox period. Various supportive and treatment services are available to help patients who suffer from psychological dependence on duloxetine or go through a relapse.

Withdrawal symptoms of Cymbalta can include severe deterioration of a person’s mental state, relapse of depression or anxiety, panic attacks, and an increased risk of suicide. The negative effects might occur as a result of Cymbalta discontinuation syndrome or during detox for those who are addicted to the drug. Withdrawal from duloxetine must always happen under medical supervision. If one feel ready to stop taking the medication, it is better to talk to the doctor about weaning off Cymbalta. In the case of addiction, contact a rehabilitation center to get professional treatment and go through duloxetine withdrawal with minimal health risks.