Cymbalta High: Can Its Recreational Use Cause Euphoria?

Cymbalta, as an antidepressant, is designed to make users feel better. However, some users end up chasing the Cymbalta high, abusing the drug. Everyone taking the medication should understand Cymbalta euphoria and how to seek help should they be tempted to abuse their medication.

Can Cymbalta Get One High?

The consensus within the scientific community is that antidepressants cannot get one high. However, the growing abuse of these medications indicates otherwise. Many people use Cymbalta—the duloxetine brand name medication—to achieve a sense of euphoria.
Ultimately, whether the medical community agrees on its existence or not, people are chasing the Cymbalta high. As such, it is important that all users understand duloxetine high and the euphoria it is said to deliver.

Any non-medical or recreational use of Cymbalta is considered as abuse. This condition has to be treated in a drug rehab center.  Possessing, selling or buying this drug without prescription can be prosecuted.

Cymbalta Euphoria: What Is It?

Ultimately, the Cymbalta euphoria is not as intense as what is experienced with many other drugs, especially street drugs. This might be part of why the medication community generally believe that Cymbalta cannot get one high. However, many users attest that they experience it regularly.
In general, the greater the dose of the drug, the more likely the user is to experience the euphoria. Those who get close to or hit the Cymbalta max dose daily can experience it regularly. Those who abuse it will often exceed that dose chasing the euphoria.
Users describe the duloxetine euphoria in various ways, including:

One reason the medical community debates the possibility of getting high on antidepressants is that these symptoms are not out of line with what the drug class is meant to achieve. The issue is whether or not this sense of wellbeing goes beyond the pharmaceutical applications into something more.

Because many users believe that the drug delivers a special euphoria, they may be tempted to engage in duloxetine recreational use. Recreational use can be defined in many ways. In some cases, it means taking more of the medication than prescribed or using it without a prescription. In other cases, users may be prescribed the substance and taking the right amount but using it in a non-approved way. When it comes to duloxetine, this often means snorting the drug. 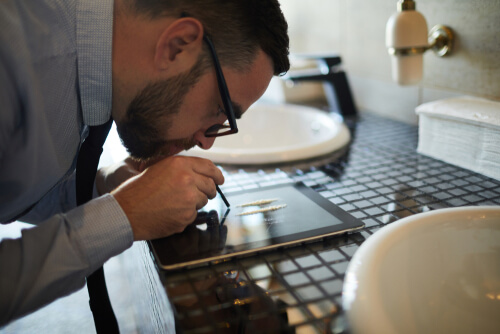 Cymbalta recreational use is dangerous, no matter how the drug is used. However, snorting Cymbalta has some especially dangerous side effects. These include:

Additionally, how much Cymbalta to overdose is less when snorting than when taken correctly. While physically, one can snort duloxetine, it is not advisable. Anyone looking to snort Cymbalta should seek addiction treatment.

Getting High On Cymbalta: Is It Dangerous?

Even outside of snorting the drug, chasing duloxetine hydrochloride high is not advisable. Antidepressants, while meant to treat the major depressive disorder and other behaviors health issues, also tend to have side effects that, in fact, can amplify the symptoms of the problem being treated. The greater the dose, the more likely the user is to experience these effects, which include suicidal thoughts and tendencies.

Technically, the duloxetine euphoria can be achieved at therapeutic doses since it most likely is just the medication helping to eliminate the symptoms of depression. However, the longer one takes it, the more accustomed the body becomes to it, and the less likely it is that a user will feel euphoria they are chasing. This then encourages the user to take more of the medication, putting them at risk of significant physical damage, as well as the possibility of overdosing.

Getting high on any substance has the ability to increase depression and other behavioral health symptoms, whether or not it is a known side effect of this medication. This means that users who start abusing duloxetine after being prescribed it are putting themselves at risk of a major depressive episode. This has the potential to be life-threatening and contradicts the whole purpose a user would have for attempting to get high on duloxetine in the first place.

Ultimately, there is no good reason for someone to attempt to use duloxetine to get high. The risks are too great, and given Cymbalta prices, it isn’t even a cheap way to chase a sense of euphoria. Users should steer clear of trying to get high on Cymbalta.

Getting Help With Duloxetine Abuse

Getting high on Cymbalta is a bad decision, no matter the dose taken or how it is ingested. Abusing this drug risks severe depressive episodes, suicidal thoughts and actions, and overdose. Anyone who is abusing the drug or even considering the possibility should seek medical attention. Drug rehabilitation centers offer the treatments needed to get and stay clean.