Antidepressants Weight Loss & Gain. Do They Make One Fat?

Learn About How Antidepressants Affect Weight:

Weight Changes Due To Antidepressants

When it comes to taking medication for depression, users have to weigh the antidepressant pros and cons. This means carefully examining numerous antidepressant side effects.

Out of the many negative effects of use one might experience, body mass changes can be the most difficult to deal with. Because body image and mental health tend to be closely linked, changes in body mass can be problematic for these patients. Weight changes that come with depression medications can include body mass loss and gain. To use antidepressants without a doctor’s prescription for weight loss or gain is dangerous, as it is not their direct indications.

Do Antidepressants Cause Weight Gain?

Weight gain from antidepressants is a real side effect users can experience. However, not all depression medications directly cause users to gain weight. For example, TCAs have been linked to body mass increases. Thus many tricyclic antidepressant names are found on lists of medications that cause body mass gain. However, it isn’t that the medications cause the body to retain more calories and put on extra pounds automatically. Instead, it seems that users start to crave sweets. These cravings fuel unhealthy choices, which then result in the user increasing their body mass.

Another consideration is how depression impacts appetite. For many, a lack of appetite is a symptom of depression. As antidepressants begin to work, the user’s appetite can return, resulting in weight gain. Depending on how low the individual’s body mass was to begin with, this could be a good thing. For others, it may be problematic. 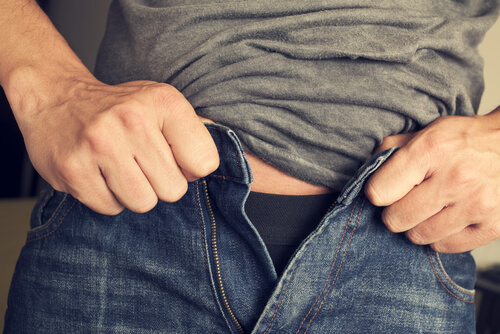 Why Do Antidepressants Cause Weight Gain?

Weight gain from antidepressants is more common than dropping pounds. Unsurprisingly, this means many depression medications are associated with increased body mass. Among them are:

It is important that patients understand that body mass gains are not guaranteed, and when medication does result in increased body mass, it tends to be minimal. If their doctor strongly feels medication is needed, they should consider the benefits it could offer them more than the risk of weight gain.

Do Antidepressants Cause Weight Loss?

Some antidepressants can result in weight loss as one of their side effects. However, losing mass while taking depression medication does not mean it is due to the drug itself. For example, the atypical antidepressant mechanism of action is linked to body mass increases, yet people can lose pounds while taking medicines from this drug class.

Why Do Antidepressants Cause Weight Loss?

While some people may lose their appetite as part of their depression, others overeat because of their condition. As a result, when their depression symptoms begin to lift, they may eat less and choose healthier items, resulting in body mass decrease. Depressed individuals are also less likely to exercise and more likely to remain at home, sitting or laying down, than those who are not depressed. As they get better with medication, patients may move more and lose weight.

Whether weight loss is among the negative effects of antidepressants or the positive ones is up for interpretation by each patient. It is possible for the patient to work with their doctor to find a medication that is more likely to help them with their body mass goals.

Some antidepressants that cause weight loss include:

It is important that even if someone needs to lose pounds, they should not take antidepressant medications strictly for weight loss. Doing so can result in numerous unintended side effects, as well as misuse of the drugs. In this case, it is critical to find substance abuse treatment to prevent severe health hazards.

Antidepressants That Do Not Cause Weight Changes

It is still possible that users will see body mass changes when taking these medications. Patients should stay in contact with their prescribing doctor to help manage symptoms of use. 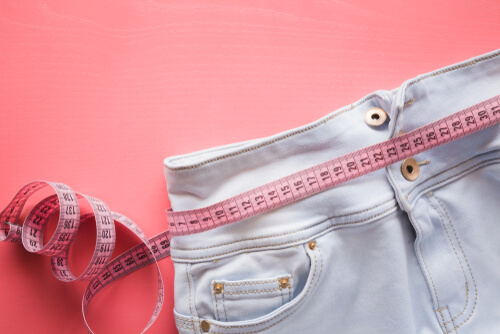 How To Manage Weight Changes Caused By Antidepressants

There is no way to guarantee a person will not gain pounds while taking antidepressants. Just getting older often means putting on pounds, so there is a chance that increased weight will not be related to the medication.

There are some steps that users can take to avoid antidepressant weight changes.

Ultimately, the goal of treatment is to become a happier and healthier person. If a patient is gaining a significant amount of weight, they are unlikely to be happy or healthy.

If someone is experiencing the negative effects of use or has been abusing their medications, stopping antidepressants is critical. However, going cold turkey can be dangerous. Work with a drug rehabilitation center to end use without negative consequences.