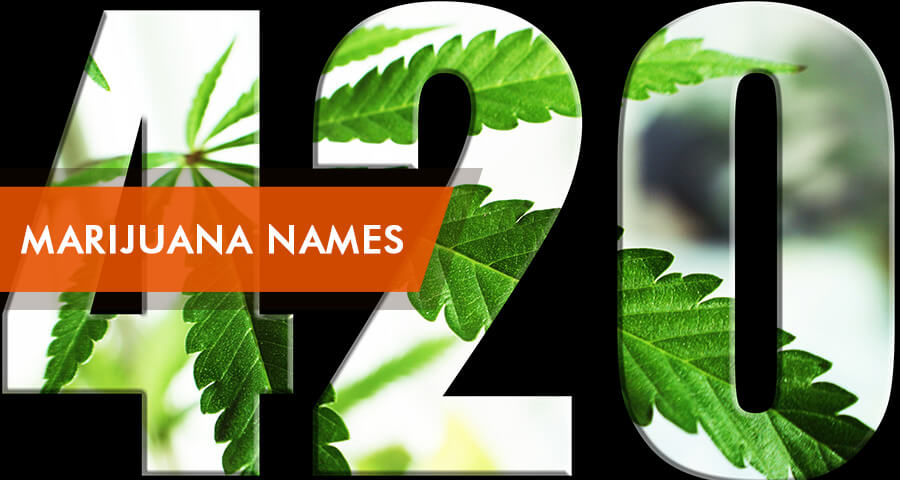 As one of the most popular recreational drug, cannabis is popular, more commonly known as marijuana, weed, or pot. Its popularity has led to such a profound increase in users, regardless of the price of marijuana.

The use of pot is legal not in all states in the US, so do not try to buy, sell, or use the substance unless completely sure this action is completely legal in the place of residence.

In fact, there is probably not another drug with more alternate names than marijuana. Different names for weeds have made its distribution much more easily worldwide. There is a seemingly endless list of names for marijuana, and they differ based on the country and age group. The list of nicknames for weed is said to include more than a thousand terms and can be very hard to figure out unless a person is into it. These marijuana names can relate to several things – the known effects of the drug, the language where the term originated, strain name, quality, form used, and other codes words that can help identify a brand.

Despite it being the most popular term to refer to the plant, “marijuana” actually is just one of the names for weed. After the Mexican Revolution in 1910, there was an increased influx of immigrants to the USA from the South American continent. Many of these immigrants were farmers and common folk who had a popular intoxication method at that time for them was smoking cannabis leaves.
The term they used for the plant was “mariguana,” and the anti-immigration population of the USA first made a move to ban the term, trying to further separate themselves from the immigrants. After the spread of “marijuana,” a new name for cannabis, continued along the Gulf of Mexico and all the way to New Orleans, it started to become tied to the jazz music and culture, which further sparked the mass hatred towards the plant.
It was at that time that another, albeit less popular term for marijuana appeared, created to fuel the fear of the people towards the drug, the “Loco weed.”

This particular nickname for the cannabis plant is probably the most debated one when it comes to its origin. The popular belief is that it stems from the Spanish term potiguaya or potaguaya which in term come from potación de guaya a name for the particular type of mulled wine which among other ingredients used steeped cannabis buds. The problem with this theory is that there are no records of any mention of potación de guaya which makes this theory less believable.
However, there is an alternative theory about the term that actually has ties to the term “tea,” one of the older and less popular nicknames. It is believed that the term “pot” was made as a play on words with the term “teapot” and that it remained as a popular slang term. A third theory claims that “pot” came to be, as a result of jazz musicians sometimes carrying mysterious potted plants with them.

According to the recent marijuana research, the term “weed” actually dates all the way back to 1929, where it was first mentioned in the American Speech. After that, it was mentioned a couple of times before it disappears from the media in the late 50s. It starts to reappear in the 90s and the 00s and has since grown to be the most popular term for the cannabis plant and the drug that comes from it, in the modern media.
The rise in popularity of the term is mostly written up to the fact that newer generations have wanted to move away from “pot” which they considered their parent’s term for the cannabis plant.

While many people believe that “ganja” is a term for cannabis that originated from Jamaica, this is actually a common misconception. It is true that this particular nickname is the most widely used one in Jamaica, but it actually originates from the language called Sanskrit. During the 19th century, the British colonists were looking for a large amount of working power. They found it on the Indian subcontinent and as a result over 40,000 Indians were sent to various plantations including the ones in Jamaica.
Since cannabis or “ganja” was considered sacred in some parts of Hinduism, many laborers from India brought cannabis smoking with them to the Caribbean plantations. There they were mixed with the local workers and the practice together with the name was passed on to the Jamaican populace. This was said to be one of the cornerstones of Rastafarian culture, as smoking cannabis in Hinduism had a spiritual meaning, which the Rastafarians inherited.

Marijuana Nicknames Based on Geographical Location

Depending on the country or region, one may hear several geographically specific terms for marijuana. Some of these include:

Bhaṅgā is a Sanskrit word pertaining to the leaf of cannabis sativa. This is widely used in Ayurvedic literature. It is also sometimes used for ritualistic worship or to induce a state of trance.

Cannabis is locally known as Chamba in Malawi. Their strains, particularly the Malawi Gold, is considered to be one of the finest sativa strains from Africa.

One of the most popular names for weed is the Spanish term potiguaya, which came from potación de guaya. It is wine or brandy with steeped marijuana buds. It literally “the drink of grief.” The word Potiguaya is abbreviated and more commonly known as “pot.”

This is an ancient Sanskrit slang for marijuana. The plant was originally called Ganjika, which means “belonging to the Ganges river,” where it naturally grows. Weed’s fragrance has attracted royals like Shah Jahan, the famous King who built the Taj Mahal.

Other popular nicknames for marijuana in other countries are:

Weed Nicknames Based on Preparations

Bhang is an edible preparation of cannabis, which originated in the Indian subcontinent. It has long been used in food and drink as early as 1000 BCE by Hindus. It has been part of their tradition and custom.

Charas is the term given to a hashish form of cannabis handmade in the Indian subcontinent and Jamaica.  It plays a very important role in the culture of the Hindu religion, particularly among the Shaivs.

Also known as cannabis oil, this is obtained by the extraction of cannabis using a solvent like ethanol or butane. Common colors may range from golden to light brown. Others are yellow, black, or tan.

Street Names for Weed Use

Blasting is the process of creating hash oil by passing a solvent like butane or ethanol through a plant product. Weed is packed into a glass tube. Butane is forced through one end of the glass, and as it flows across the weed plant, the oil seeps out on the other end of the tube.

It’s the act of packing a bowl of weed and setting fire to it with for smoking or inhalation.

In some states, it’s legal to host a party and serve adult guests with Marijuana tea and exquisite dishes. Those who know how to make marijuana tincture can lace their drinks with it for more fun and excitement.

This means smoking marijuana immediately upon waking up. This makes one feel incredibly high.

This is the act of smoking cannabis in small, enclosed areas like a car, is common among marijuana teens. It is called clambaking because after smoking weed, people will tend to open the windows and all the smoke pours out.

A hotbox is an enclosed space or vehicle that contains 1 or more weed smokers smoking one or more joints. Exhaled smoke and those coming from the joint itself are s unable to escape and re-circulates, thus none is wasted. Smokers in a hotbox come out really high.

This is the act of smoking pot to get high. The term “dragon” refers to the item used to smoke marijuana. Common examples are pipes and bongs.

Toke means to puff or take a drag of a weed joint.

The act of smoking pot usually using a bong.

Names for Weed To Describe Its Effects

After using weed, there will be a buzz, which may last for only a few minutes before the high kicks in, but it will depend on the strain and potency of the cannabis used. As the name suggests, a buzz is a feeling experienced when weed first kicks in and alters one’s state of mind. This refers to the lead-up period when users start to have giggles and a rush of euphoria.

Common complaints of weed users are feeling thirsty and have a sticky mouth. This is more commonly known as “cotton mouth” or “the pasties” that won’t easily go away. These symptoms of dabbing would also depend on the potency of the cannabis used and the level of smoking experience. 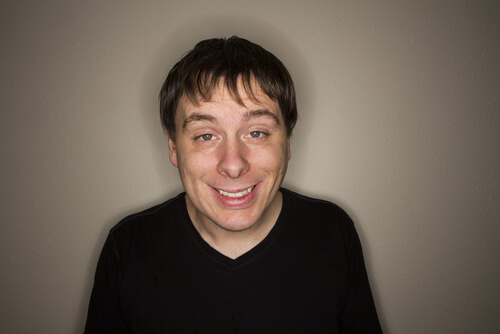 Being stoned after smoking pot is defined by having dopey, heavy, and drowsy sensations. Everything appears to move quickly and in an exciting manner. Good stone, on the other hand, will make one feel like things are in slow-mo.

This is yet another common side effect of smoking cannabis. Sometimes, smokers use marijuana for sleep. They get too high or stoned to get off the couch and do daily work properly.

This is defined by the classic uptick in physical energy and emotional uplift. It has been touted that these weed effects can help with some health issues related to marijuana and pregnancy like mood swings, chronic fatigue, and stress.

It is the constant stupid or unmotivated feeling of a heavy marijuana smoker. A true pothead is always in a state of being burnt out even if he or she has not smoked a pot in the last two days.

A weed connoisseur is a person with a vast knowledge in anything concerning cannabis. He or she can tell everything there is to know about weed – from the pot strains to the flavor and the type of highs.

Ent is a person who smokes weed. It is named after the fictional characters from the Lord of The Rings after someone on Reddit noticed their mellow and slow personalities like a stoned individual.

Tea head is a popular British slang for habitual users of weed.

Know How and When to Get Help

These are by no means all the known nicknames or code names for cannabis and the consumption of it. As time goes on, more and more terms are invented each day, usually in an attempt to be able to talk about in public.

It appears that every culture or group have at least a few unique terms that they use for weed on a regular basis, which in the long run amounts to hundreds even, thousands of known and unknown nicknames. Reefer, dope, herb, skunk and the list goes on. This just comes to show the popularity of the cannabis smoking subculture in the modern world. The risk of which is that more and more people are also being addicted to cannabis and some may require to treat drug abuse.