Cymbalta Half-life. How Long Does It Stay In The System?

For people wondering how long it takes to get Cymbalta out of the system, one of the key things to know is the duloxetine half-life. This refers to how long it takes for the concentration of the drug in the system to reach 50 percent. Cymbalta half-life averages 12 hours. However, it can happen sooner or take longer to occur depending on the patient.

Knowing the half-life is important for all patients, whether they are taking Cymbalta for insomnia, depression, or something else. This is because it can determine when other medications can be taken safely. Additionally, Cymbalta is addictive in some patients, and those patients need to understand half-life as it relates to taking to high of a dose and overdosing.

How Long Does Cymbalta Stay In The System?

Knowing the duloxetine half-life is important, but it doesn’t show the big picture. How long Cymbalta stays detectable in the system is much more clear. The exact length of time depends on what is being looked at.

When it comes to detection in the blood, duloxetine can be seen on tests for up to five days after the last dose.

In the urine, it also shows up for about five days.

Saliva has the shortest detection period of just two days after the last dose was taken.

Hair, on the other hand, has the longest, with detection possible up to nine months after last use.

Because duloxetine can remain in the system for so long, it can take a while for the body to return to normal. For example, duloxetine sexual side effects may not go away for several weeks. And since one cannot take Cymbalta while pregnant, this can also determine when it is safe to conceive.

Factors That Determine How Long Cymbalta Stays In The System

While there are general guidelines on how long the medication remains in the system, the half-life of Cymbalta and its complete elimination will vary from patient to patient. How long duloxetine stays in your system can vary due to the following elements: 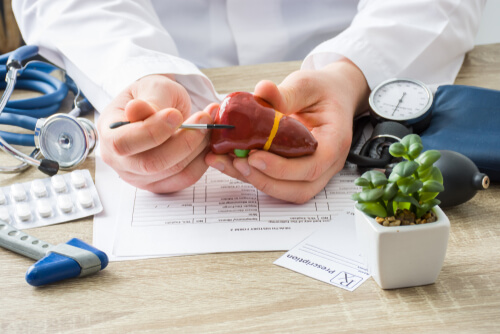 Duloxetine is an SSRI, which means that it is metabolized similarly to other drugs in its class, but the differences are still present. The metabolism of duloxetine refers to half-life and occurs when the body chemically alters the drug so it can enact the desired effects. How long it takes for Cymbalta to work depends on how quickly the body metabolizes it.

Duloxetine is never fully absorbed by the body, with as much as 70 percent of it being eliminated from the body without use. Due to a coating on the outside of the medication, absorption does not begin until two hours after taking the medication, with it taking as long as six hours in some patients.

Standard drug tests are not designed to test for the presence of antidepressants, including Cymbalta. However, that does not mean they will not cause a positive result. Cymbalta false positive drug tests have been known to happen. They occur when the chemicals in duloxetine test as being so similar to another drug that it triggers a positive. If someone is going to be taking a drug test, they should declare any medications they are taking in advance, with the expectation that the information is kept confidential unless it needs to be disclosed. Keep in mind that any antidepressant can trigger a false positive, so weighing Cymbalta vs Zoloft just for drug testing will not help.

When To Find Help

Knowing how long Cymbalta remains in the system can be helpful for users. However, if the concern is because the patient is abusing the medication, help is required. Users can get help from the drug rehabilitation facility so they can quit Cymbalta safely. Timely drug treatment can help with severe symptoms and addiction effectively.