Celexa Withdrawal Symptoms And How to Wean Off Celexa Safely

Celexa withdrawal symptoms are physical and psychological manifestations that occur when someone abruptly stops taking Celexa medication as prescribed by the doctor. These withdrawal symptoms can cause major discomfort to a patient’s health and well-being particularly if they have been taking Citalopram for more than six weeks. The symptoms can range from mild (dizziness, mood changes, irritability) to more severe ones like depressive mood, nightmares, headaches, and insomnia. Withdrawal can occur even if a patient gradually weaned themselves off the medication. This article will highlight not only the symptoms of stopping Celexa but remedies and advice on how to avoid them, including other treatment options.

Suddenly stopping Celexa intake will promptly lead to an imbalance of serotonin levels in the brain causing the patient to develop psychological manifestations of depression as well as some physical symptoms.

What Is Citalopram Withdrawal?

As with other drugs of its class, citalopram withdrawal symptoms occur after discontinued use of the drug for more than a few hours or days depending on certain factors. The manifestations typically look like those exhibited by depression patients, which they may take as signs of dependency according to Harvard Health Publishing. Exhibiting citalopram discontinuation effects or withdrawal symptoms does not necessarily mean that someone is addicted to citalopram. However, suddenly stopping Celexa intake will promptly lead to an imbalance of serotonin levels in the brain causing the patient to develop psychological manifestations of depression as well as some physical symptoms. Furthermore, these psychological symptoms may make the patient develop suicidal thoughts in the long-term if there is cold turkey withdrawal from Celexa instead of tapering off the drug slowly. A doctor will be able to help patients by showing them how to wean off Celexa. 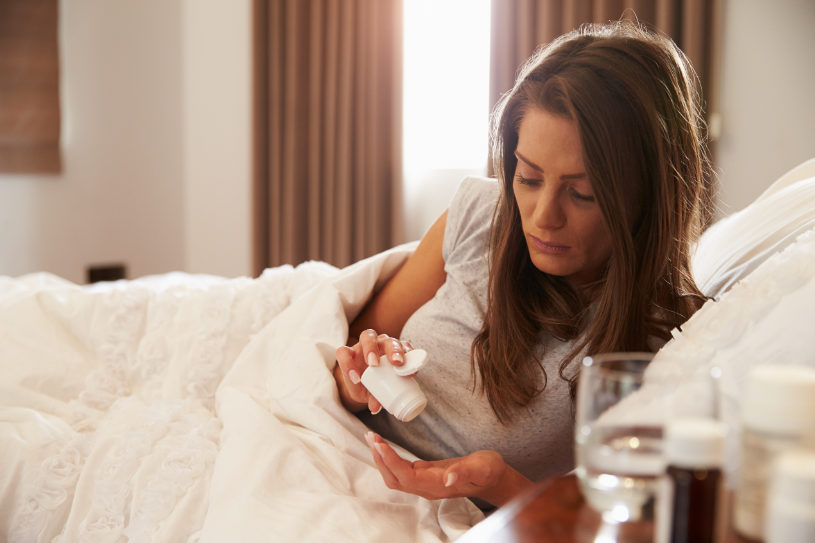 Withdrawal symptoms from Celexa are not life-threatening but can cause discomfort and irritability to the patient’s physical and mental health. The severity of these symptoms depends on how long the patient has been taking Citalopram. The longer someone takes the drug to treat depression, the more accustomed the brain becomes to the drug, therefore, the worse the discontinuation symptoms. Citalopram dosage also plays a role, because taking a dosage higher than the standard 20mg will cause an increased manifestation. Other factors that affect the individual’s severity of Celexa withdrawal effects are an individual’s physiology, genetics, and the method they choose to quit the drug whether tapering or cold turkey.

Citalopram withdrawal side effects may last a couple of weeks or take several months to subside depending on the time it takes for the brain to adjust to the new serotonin levels after weaning off Celexa to treat depression and other disorders. Therefore, it is recommended to consult a medical doctor before deciding to stop taking Celexa. A medical doctor will give advice on how to cope with the manifestation of adverse health effects and work to help taper off the drug.

People using citalopram for depression may also experience sexual side effects from the use of the drug, or weight gain issues, therefore, seeking therapy and medical treatment will help them alleviate these manifestations as well.

Citalopram has a long half-life meaning the body breaks it down longer than other antidepressants in the same class of medicines. Research has shown that antidepressants with a short half-life have a far worse stoppage of use effects than those with a longer half-life. In a comparison of citalopram vs Lexapro, it was found that Lexapro – another commonly-used antidepressant – only took 6 days to clear completely from the body, while citalopram took 7 days. So, how long do Citalopram withdrawal symptoms last?

According to doctors, they should subside within a few weeks after tapering off Celexa. Although for some people this may not be the case because of prolonged use and high dosage intake. Research also tends to differ on the length of this period. According to the U.S National library of medicine, the average time for Celexa drug class antidepressant medications was ninety weeks. This is more than those of the other class of antidepressants called the Serotonin-norepinephrine reuptake inhibitors (SNRI) that last only fifty weeks. 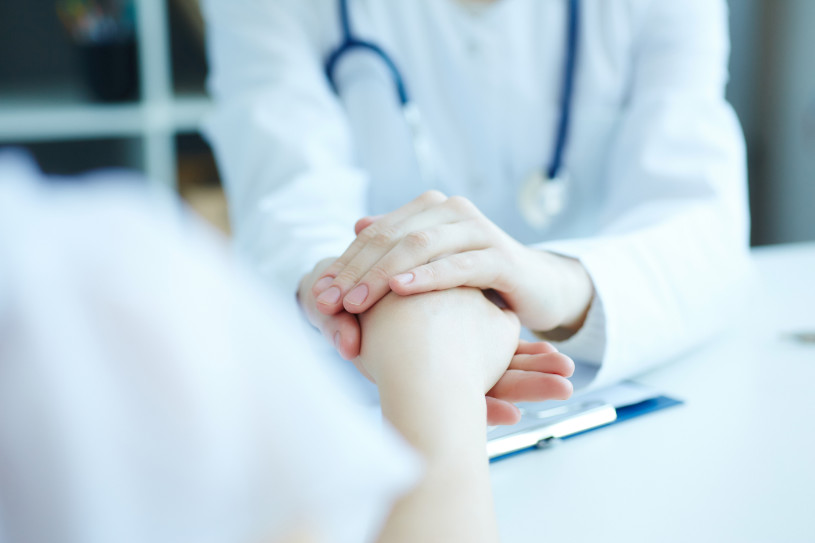 How To Manage Withdrawal Symptoms?

Discontinued use of the drug should only be done through the supervision of a qualified medical professional who is in a better position to help manage the symptoms. Also, someone experiencing withdrawal symptoms from Celexa should work with a counselor either in person or online. People using citalopram for depression may also experience sexual side effects from the use of the drug, or weight gain issues, therefore, seeking therapy and medical treatment will help them alleviate these manifestations as well. The following activities can also be done when someone is experiencing Citalopram withdrawal symptoms:

Finding sustainable ways of dealing with depression other than Celexa and other antidepressants, for instance, through self-care practices, equips an individual with tools to power through tough mental health situations. A need for the use of antidepressants can often be overestimated. Citalopram should be used only for a limited time in a bid to treat a disorder. In any other case, prolonged use can lead to abuse or misuse which requires additional medical or addiction treatment in the professional rehab facilities.

Stopping Celexa: When And Why

There is no ultimate guide on how to stop taking Celexa, and when it is the right time. At the same time, many patients suffer from stopping using the drug. First of all, some users decide to discontinue citalopram right after they feel better. As this process can take between 12-16 weeks, the body systems get used to the drug. If a patient stops citalopram abruptly, adverse effects can be experienced. Additionally, there is a high risk that the treated symptoms and disorders, like depression and anxiety will return and aggravate a patient’s state.

Weaning off antidepressants like citalopram should be considered only after the end of the prescribed treatment period if the signs of abuse are detected, and by recommendation of the medical staff. Also, a patient may experience a number of moderate and severe citalopram side effects. In this case, stopping the drug is advisable as well. However, the process of wearing off Celexa needs to be under a doctor’s supervision. A doctor can give guidance on how to stop taking Celexa to balance the overall serotonin level, thus, remedying symptoms of withdrawal from the drug.

The traditional way of managing Celexa withdrawal is also recommended by working on the best possible outcome with a doctor.

How to Avoid Withdrawal Symptoms from Celexa

It is highly advisable to seek the healthiest way on how to get off citalopram as techniques such as cold turkey drastically stimulate the nervous system. This could be damaging if stopped at once. In the most severe cases recorded, stopping cold turkey without planning it first can lead to heart issues, seizures, and other serious medical disorders. For recreational drug users, abrupt quitting does not favor them either as their overall tolerance to drugs is significantly lowered. This means that the effect of alcohol and Citalopram or any other form of substance abuse will have a greater toll on them leading to higher chances of an overdose.

So, when it comes to medications that affect how the brain works, having a plan to manage the dependency lets a patient maintain an optimal state of health, especially when seeking the healthiest way on how to get off Celexa. In recent times, pharmaceuticals have come up with a specialized dosage on how to wean off citalopram which has proved to be effective in the treatment of withdrawal side effects. The traditional way of managing Celexa withdrawal is also recommended by working on the best possible outcome with a doctor. The doctor lowers down dosages based on how the body responds as observed in scheduled visits during the weaning down period. By necessity, the doctor offers the tapering down schedule which normally involves a reduction of dosage in the intervals of 2-6 weeks. Even when the side effects start kicking in, it is highly advisable to stick to the tapering dosage to sustain good health.

Citalopram withdrawal will definitely seem unbearable during the first weeks of discontinuation. However, having a strategy on how to manage these Celexa withdrawal symptoms will assist patients in pulling through this period. Rehabilitation and addiction centers where patients can receive therapy and counseling are important in reducing the severity of withdrawals. With proper treatment, the process of recovery will pass faster and easier.

Detox is usually the first step towards quitting the use of any drug and when the body removes any traces of the drug after the stoppage of use. Apart from counseling, medication and supplements can be administered to a patient to help alleviate Celexa withdrawal side effects. Some people may ask how Celexa works because it may not be clear why there may be a need to use another medication to alleviate its withdrawal symptoms. There are no approved drugs to address antidepressant withdrawals; however, slow acting antidepressant alternatives can be used to reduce the effects.