Celexa And Alcohol & Other Interactions

Combining Celexa with alcohol or certain other substances is not recommended. Since the combination of Celexa and Alcohol can have a variable degree of effect on patients, mixing of the two is recommended to be avoided entirely. Some even argue that their interaction may delay recovery from depression, and the longer the two are used, the higher the intensity of discontinuation symptoms one will experience. Safe use of alcohol is allowed only after the treatment period for Major Depressive Disorder (MDD) has concluded and once the drug has been given a sufficient amount of time to be completely eliminated from one’s system, thus always consider how long Citalopram stays in the system. The combination of Celexa and Alcohol may pose a mental and physical health risk to a patient. This is why it is critical to be aware of the possible side effects of imbibing alcohol while taking Citalopram and how to prevent them. Furthermore, various other Celexa interactions can manifest in unexpected ways and make a patient need to stop, alter treatment or switch to another class of drugs. Numerous other drugs, both prescription and over-the-counter, can have interactions with Citalopram. Therefore, this article will provide a brief overview of some of the most frequent Celexa interactions, as well as when and how to seek medical help when symptoms of drug-drug interactions arise while taking Citalopram. 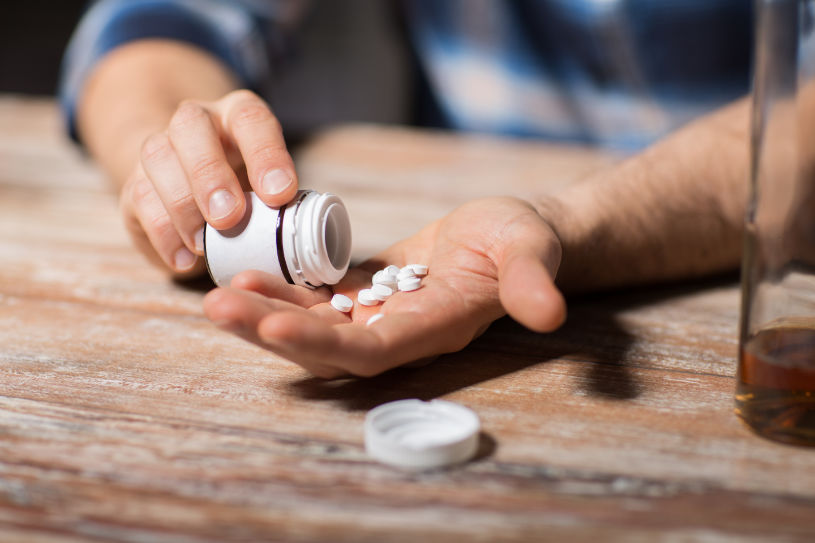 Why Should Celexa And Alcohol Not Be Mixed?

Most people want to know whether drinking alcohol while taking Celexa will affect their recovery process and what degree of risk it will pose to their mental and/or physical health.

Although FDA guidelines regarding the use of Citalopram suggest that the use of Celexa does not potentiate the negative cognitive and motor effects of alcohol, regardless the medication is still recommended to not be mixed with alcohol. The reasons why it is beneficial to avoid consuming alcohol while taking Serotonin Reuptake Inhibitors, such as Citalopram, include:

Although patients will variably experience the effects of this particular interaction it is still best to avoid consuming alcohol while taking Citalopram to minimize the possible risk to mental and physical health. Furthermore, patients should always remember to never discontinue or alter the dose of an antidepressant drug due to adverse side effects on their own, as this can be detrimental to the therapeutic outcome and to their overall wellbeing. The decision of dose alteration or discontinuation should be made through consultation with and the help of the prescribing medical doctor.

As mentioned above, the United States Food and Drug Administration reports that there is no data from medical trials that demonstrate that the interaction between Celexa and alcohol amplifies the adverse effects of either drug on the user. Furthermore, the National Health Service (NHS) of the United Kingdom does not prohibit the consumption of alcohol while taking this medication, rather they suggest stopping drinking until seeing how a specific antidepressant will make one feel. However, as mentioned previously, there is still some risk associated, and as such, it is recommended that the use of alcohol be discontinued while being treated for Major Depressive Disorder with Citalopram.

Risk of Therapeutic Failure and Worsening of Depression

Alcohol affects the functioning of several hepatic enzymes. Through this effect, it may alter the way Citalopram is metabolized leading to its rapid excretion and loss of therapeutic benefit. Leading to worsening of the signs and symptoms of depression which may include:

However, it is important to mention that the primary hepatic enzymes on which alcohol acts are not majorly involved in the metabolism of Citalopram. Additionally, If one experiences worsening of their symptoms of depression, they should seek professional help from a qualified doctor, who may assist in providing the information about Citalopram alternatives.

The combination of Celexa and Alcohol may pose a mental and physical health risk to a patient. This is why it is critical to be aware of the possible side effects.

Worsening of the Side Effects of Citalopram

Continued and Chronic alcohol consumption can lead to scarring damage of the liver. This damage results in scar tissue replacing normal functioning hepatic tissue, which will lead to decreased hepatic functioning. This deficient functioning of the liver may lead to decreased metabolism of Citalopram that can cause its accumulation in the body leading to toxicity. The symptoms of toxicity will be manifested as amplified side effects of Citalopram which include: Drowsiness, Somnolence, Insomnia, Headaches, Hyperhidrosis, Nausea, Vomiting, Dry mouth, Diarrhea, Constipation, Tremor, Arthralgia, and Myalgia among others.

Impairment of Thinking and Alertness

Although not corroborated by medical studies, patients mixing Celexa with alcohol may experience poor judgment as well as decreased coordination, motor skills, and reaction time. This could be attributed to the fact that both Citalopram and Ethanol can, although through different mechanisms, produce drowsiness and sedation. This can prove to be dangerous, and as such, patients should avoid drinking until they see to what degree Citalopram or any other Selective Serotonin Reuptake Inhibitor will affect them. 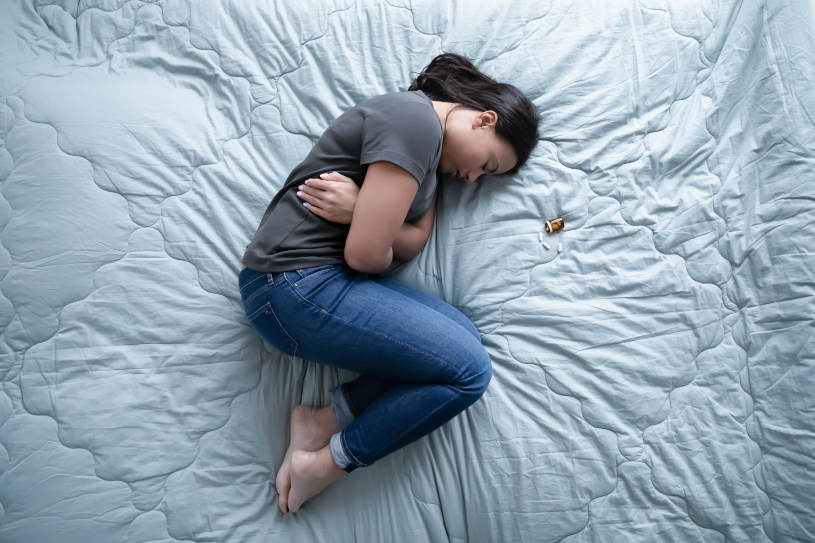 When Is It Safe To Drink After Taking Citalopram?

It is recommended to allow the symptoms of depression to fully abate with Citalopram therapy before beginning to consider consuming alcohol again. This may take anywhere from 6-12 months or even longer. Furthermore, after discontinuing treatment, it would be wise to allow the accumulated dose of Citalopram to be fully eliminated from one’s body, which on average takes around 7.3 days. However, it is important to remember that drug metabolism and elimination are highly variable and dependent on individualized factors such as sex, age, weight, overall health, as well as the dose and regimen.

In some cases, antidepressants and cannabis are mixed when a patient uses both for medical purposes. Celexa is an SSRI, meaning it doesn’t directly contribute to the production of Serotonin or Dopamine. Cannabis doesn’t tend to interact with citalopram, as well as other SSRIs. However, THC is known to cause anxiety and depression in some cases, so if these conditions worsen, it is advisable to refrain from combining the use of Celexa and Weed for a certain amount of time to determine the efficacy of this medication.

Celexa Interactions With Other Medications

Overall, Citalopram can interact with a vast variety of both prescription and over-the-counter medications. As Citalopram is a Selective Serotonin Reuptake Inhibitor (SSRI) most dangerous consequences could occur when mixing Citalopram with those drugs that have concomitant Serotonergic Activities. Furthermore, Citalopram has a tendency to cause dangerous, albeit uncommon, cardiovascular complications such as QT prolongations, as such combination with those drugs that could also prolong the QT interval should also be avoided to minimize risks to the patient’s health.

Trazodone is another type of antidepressant that also acts upon Serotonin. Combination of Trazodone and Celexa, two serotonergic drugs has a propensity to result in life-threatening Serotonin Syndrome manifesting as mental status changes, autonomic instability, neuromuscular symptoms, seizures, and/or gastrointestinal symptoms. In addition, the combination of Trazodone and Celexa can increase the risk of serious and potentially life-threatening arrhythmias such as prolonged QT syndrome and Torsades de pointes, especially if they are congenitally predisposed to these conditions. If one experiences symptoms relating to any of these conditions, they should contact their doctor and seek immediate help from emergency medical services.

It is recommended to allow the symptoms of depression to fully abate with Citalopram therapy before beginning to consider consuming alcohol.

Wellbutrin is a brand name for Bupropion which is an antidepressant that works by inhibiting the reuptake of norepinephrine–dopamine and antagonizing nicotinic receptors. Taking Wellbutrin and Celexa is associated with an increased risk of seizures. It is advised to avoid administering the combination of these two drugs to patients with a history of seizures, brain tumors, recent head trauma, and CNS infections. However, in Major Depression that is not responsive to monotherapy with SSRIs, Wellbutrin can be added to the treatment regimen for better results.

Lexapro and Celexa are brand names of Escitalopram and Citalopram. These drugs are both Selective Serotonin Reuptake Inhibitors. Their combination would be an example of therapeutic duplications. The combination would result in the development of Serotonin Syndrome as well as manifestations of exaggerated side effects of SSRIs.

Taking Citalopram together with Benadryl may increase the risk of bleeding. A patient should seek immediate medical help if experiences dizziness or lightheadedness; weakness or headaches, easy bruising or unusual bleeding, dark or blood-tinged stool; coughing up or vomiting fresh or dried blood. Furthermore, possible sleepiness and drowsiness, caused by Benadryl may be amplified by the antidepressant.

Tramadol is an opioid pain medication used to treat moderate to moderately severe pain. A combination of Tramadol and Citalopram are associated with similar risks as some of the medications mentioned above. Chiefly there is a risk of the development of Serotonin Syndrome as well as life-threatening arrhythmias.

Alprazolam(Xanax) is a short-acting benzodiazepine sedative-hypnotic. Taking Celexa and Xanax together might increase drowsiness, dizziness, confusion, and difficulty with concentrating.

Adderall is an amphetamine-based central nervous system stimulant. In general, Celexa and Adderall should not be taken together. Citalopram may increase the side effects of Adderall such as jitteriness, nervousness, anxiety, restlessness, and racing thoughts. Furthermore, amphetamines interact with serotonergic transmission and may cause Serotonin Syndrome.

Buspirone(Buspar) is a medication used primarily for the treatment of Generalized Anxiety Disorder. The concomitant use of Buspirone and Celexa should be avoided, as both of these agents act on Serotonergic transmission, and their concomitant use is associated with Serotonin Syndrome.

Certain combinations of Citalopram may increase the propensity of an individual to become addicted to the combination. Although SSRIs themselves are not addictive, mixing them with other drugs that have a propensity for addiction such as alcohol, weed, Tramadol, and Xanax may lead to abuse of both substances and subsequent addiction. In this case, an individual requires professional treatment in drug rehabilitation facilities. Some of them provide a dual-diagnosis treatment. It is dangerous to pass the withdrawal process alone when it refers to one substance abuse. In the case of polysubstance abuse, an addiction treatment program is required to ease the symptoms and speed up recovery. Lastly, patients should remember that despite the fact that there is no strict prohibition of alcohol with citalopram use, their combination is still not recommended as it can pose dangers to the individual’s wellbeing.