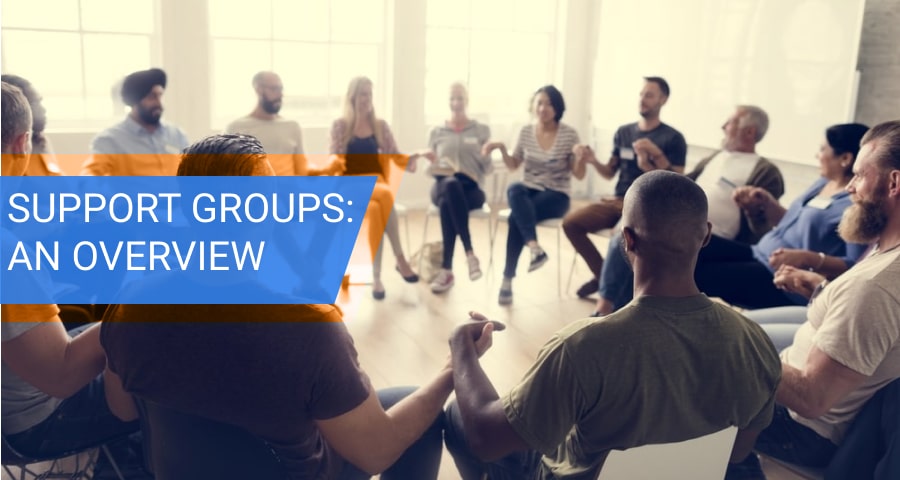 Addiction is a serious problem in America. Millions are addicted to alcohol, and millions of others are addicted to drugs – both illegal and prescription medications. While rehabilitation facilities are a major part of healing and recovery for addicts, support groups can also play a role in helping them overcome their addictions.

What is a Support Group?

A support group is a group of people who are all struggling with the same disorder or problem. They hold meetings where addicts who are hoping to overcome their addictions can offer support, encouragement, and advice for getting, and staying, clean and sober. Some support groups may be led by a trained mental health or addiction professional, but in many cases groups are led by a chairperson. This chairperson is often a recovering addict just like everyone else in the group.
There are numerous support groups available for a variety of disorders and issues. Everything from compulsive shoppers to sex addicts can find a support group to help them overcome their issues. Some of the most common and popular support groups include:
Alcoholics Anonymous – Also known as AA, this group is self-supporting and led by chair people who are also recovering alcoholics. The group is based on a “twelve step program” and was the first support group offering this system. The twelve step system has since by adopted by a wide range of support groups.
Narcotics Anonymous – This group is for those addicted to narcotics. They also use the twelve step program to help addicts overcome their dependencies.
SMART Recovery – The SMART Recovery program, which stands for Self-Management and Recovery Training, is designed to help all forms of addicts recover. Alcoholics, drug addicts, gambling addicts, and others struggling with a compulsion or addiction will find benefit from the program. Rather than the twelve-step program, SMART uses four guiding principles to help addicts recover.

Support groups help recovering addicts by hosting meetings where participants can offer support, encouragement, and advice to each other in order to stay clean and sober. There are support groups not only for substance addicts, but also for addictions such as shopping addicts, sex addicts, and other addictions.

The twelve steps used in many programs are similar throughout the “anonymous” groups. They are as follows:

In many cases, the addict will work through the twelve steps in order, gaining more strength and ability to overcome their addictions as they go. These are the most common steps addicts use when attempting recovery.

There may be numerous benefits to participating in such a program:

Due to their typical anonymity, it is hard to quantify how effective support groups like AA actually are. Most evidence is anecdotal, but these groups do have numerous success stories. Additionally, the twelve-step program has been adopted by numerous other support groups over time, which indicates that there is probably some effectiveness to the program as it is written.
There may be some setbacks for those who choose to solely rely on a support group for their recovery, however. Namely, the groups are often not led by trained mental health or medical professionals.
While they do have a lot of valuable information, and they certainly encourage members to seek additional resources and help, they do not have offer the same integrative and intensive therapy that a licensed rehabilitation center can provide.

What are the benefits of joining a support group?

Benefits to joining a support group include:

Who Should Attend Support Groups?

Recovering addicts can attend support groups, especially those who are receiving professional counseling and those who undergone inpatient treatment programs. Although support groups are most effective when coupled with other treatments, they have a very important place in the recovery process.
Although not as effective on their own as other options, support groups do have their place in recovery. Those who have already attended an inpatient facility, especially those who are also receiving professional counseling from an addiction specialist, would benefit from the added accountability and camaraderie offered by a support group. Addiction is different for everyone, and no one treatment alone is enough to lead to recovery in many cases.

Getting Treatment for Addiction

For most addicts, treatment in an inpatient facility is the best first step. Not only do they offer resources and tools for coping in the real world without a drug of choice, but they also provide medical supervision during detox, ongoing counseling to help get to the root of addiction, and peer support. Addiction is combatted most effectively when a combination of tools and resources are employed rather than one on its own.
Once the most intensive part of treatment is over, additional and ongoing counseling and participation in a support group, whether one employing the twelve-step program or another, is a good way to stay on track and maintain continued recovery
The most important thing to remember if you have an addiction, is that there is hope for healing. With the right combination of treatments, you can reclaim your life.