Soma vs. Flexeril & Other Alternatives – Which One to Choose

Individuals using Soma (Carisoprodol) for musculoskeletal pain relief can opt for alternatives when they fail to get the desired effects or due to its severe side effects and potential for addiction. While Carisoprodol is the right drug choice for some patients, for others, its alternatives are required. Before switching, find out information about Soma vs. Flexeril comparison and its available over-the-counter alternatives.

Soma vs. Flexeril comparison is quite interesting as these drugs are pretty similar. Their intended purpose is to achieve a similar effect, i.e., muscle spasms and pain relief. These are used as adjuncts to physical therapy and rest. Both are prescription-only drugs, which come in oral dosage form (tablets and capsules) and are not available over-the-counter in the USA. 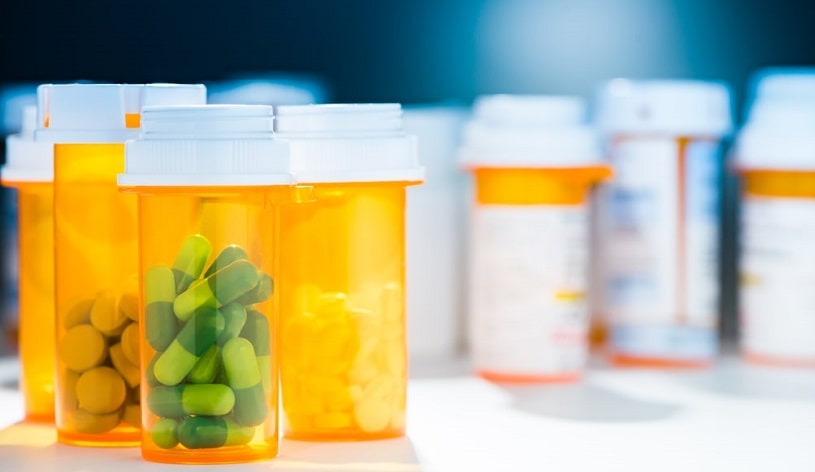 Even though the desired effect of both muscle relaxants is the same, the mechanism of action differs. As stated in the Carisoprodol study, it produces its effects by centrally acting and altering interneuronal activity in the spinal cord. On the other hand, cyclobenzaprine affects muscle activity by acting on the spinal cord and brain stem level.

In addition, when comparing Soma with Flexeril, the former is more potent than the latter and is likely to cause addiction and dependence. Also, Flexeril belongs to pregnancy category B, whereas Carisoprodol is a category C drug, and there is no information for it being harmful during gestation in humans.

Carisoprodol is indicated for the short-term treatment of the pain and spasm associated with musculoskeletal disorders. While comparing Flexeril vs. Soma, the former is also used in the conditions mentioned above.

Both medications should only be used for up to three weeks since there is currently no information regarding their more prolonged use.

When comparing Soma vs. Flexeril, some common side effects are drowsiness, dizziness, headache, and nervousness. Their possible serious side effects are stroke, abnormal heartbeat, seizures, and heart attack.

Looking at Flexeril vs. Soma side effects, the different effects of the former medication are irritability, depression, tachycardia, weakness, raised heart rate, and difficulty speaking. In addition, addiction is also a side effect of prolonged use of Carisoprodol.

Some of the adverse effects of cyclobenzaprine that differ from Carisoprodol are dry mouth, confusion, fatigue, and gastrointestinal disturbances.

When looking at Soma vs. Flexeril, both are effective in musculoskeletal pain management. However, Flexeril is reportedly a more effective muscle relaxant; hence, it is better for patients with physical dependence. Furthermore, the sedative nature of cyclobenzaprine aids patients with insomnia. On the other hand, medical professionals don’t prescribe Carisoprodol for the long-term treatment plan as it has the potential for addiction.

When looking at Robaxin vs. Soma, there is a lot that is similar between them. While methocarbamol is not the same as Carisoprodol, they both relax the muscles, come in generic versions, and are offered in pill form. Still, the medications are unique from each other. For example, Carisoprodol is considered highly addictive while Robaxin is not. Robaxin also has the option of injections, while Carisoprodol does not.

When comparing Robaxin vs. Soma, both are prescription muscle relaxants used to treat muscular pain. Both have teratogenic effects and belong to category C; therefore, their use is not recommended in pregnancy. 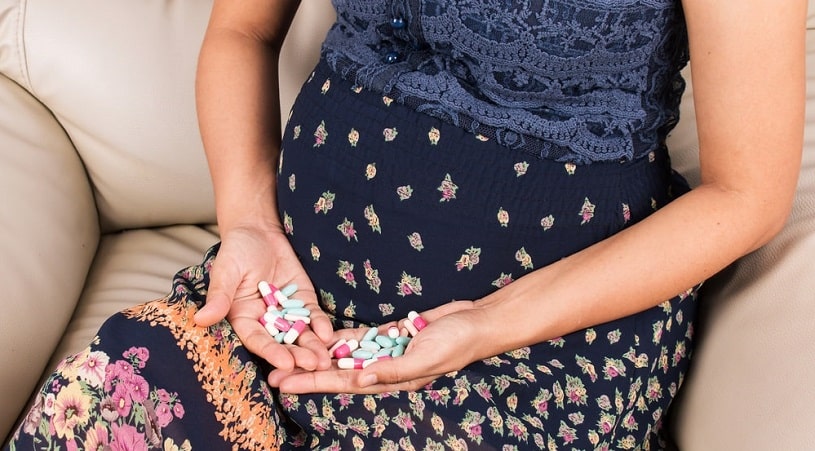 Moreover, as a treatment option, both Soma vs. Robaxin are used as adjuncts with physical therapy and rest.

Although these drugs have similarities, as mentioned earlier, when discussing Methocarbamol vs. Soma, they still differ. Carisoprodol is categorized as a schedule IV controlled substance, while Robaxin is not a controlled drug.

Though both drugs manage pain due to musculoskeletal disorders, they come with bothersome effects.

Considering the Soma vs. Robaxin Adverse Effects on Health, a Few Common Effects Between Both the Drugs Are:

Ultimately, there are benefits and drawbacks to each medication. When comparing Robaxin vs. Soma, it is essential to keep in mind which features matter most. While Carisoprodol is generally rated more highly by users than Robaxin, that doesn’t mean it is inherently the better choice.

The effectiveness of Robaxin is established for muscular pain relief with fewer sedative properties; however, when comparing Methocarbamol vs. Soma, the former medication should only be used in multimodal therapy and be monitored by a medical professional.

When looking at Baclofen compared to Carisoprodol, there isn’t much in common. Both are muscle relaxants and have good ratings from users, and they are roughly the same price. However, Baclofen is not like Carisoprodol beyond that.

Baclofen and Carisoprodol can only be acquired on the prescription of a registered medical professional. While the purpose of both drugs is to relieve spasms, Baclofen is not recommended to be used in any spasms other than caused by multiple sclerosis.

Carisoprodol has a potential for addiction and dependence, while Baclofen has no such probability. In addition, when comparing Soma vs. Baclofen, prolonged use of Baclofen during pregnancy results in neonatal withdrawal symptoms following the delivery, while Carisoprodol doesn’t.

Baclofen is a first-line treatment recommended to relieve the flexor spasm and pain, muscle rigidity, and clonus caused by multiple sclerosis. It can be used in patients with spinal cord disorders and injuries. 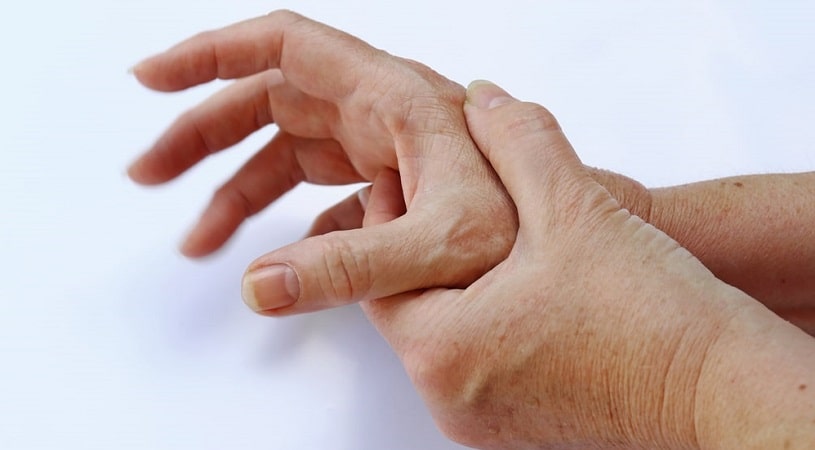 Carisoprodol is indicated for pain and spasm management due to musculoskeletal conditions. However, it is not the first-line treatment option due to its addiction and dependence potential, as per the available information.

Common Side Effects Observed After the Use of Both Drugs Are:

When it comes to Soma vs. Baclofen, there is no comparison as both of the drugs are indicated for spasms caused by different diseases. However, Baclofen is an effective relaxant and first-line treatment option used in patients with spasticity and clonus.

Meprobamate has very little in common with Carisoprodol. That is because it is not a muscle relaxant but rather an antianxiety drug. Its ability to relax the muscles is a side effect rather than its design. Users tend to rate Carisoprodol more highly than meprobamate for muscle relaxation and pain. Additionally, when comparing meprobamate and Carisoprodol, the latter costs more per pill but is ultimately cheaper since fewer pills are used. Meprobamate may be the right choice for those with both pain and anxiety but otherwise is unlikely to be the best alternative, especially since it has some mental health side effects that Carisoprodol does not.

Examining Soma vs. Tizanidine, the two drugs are quite similar. Both treat muscle spasms and are available in generic forms. Neither is considered a first-option medication, and both can be problematic when used by elderly patients. As for what makes them different, Zanaflex does not last as long and takes longer for effects to kick in.

Some consider Zanaflex stronger than Carisoprodol, and it also comes with significantly more side effects, many of them dangerous.

People tend to rate Zanaflex lower in terms of effectiveness. Given that when comparing Soma vs. tizanidine, generic versions of the former come out significantly cheaper, Zanaflex isn’t going to be the best alternative.

Comparing Valium vs. Soma can be difficult because the medications are from two different drug classes. Valium is a benzodiazepine while Carisoprodol is a muscle relaxant. Technically, both will relax the muscles, but in the case of Valium, that is more a side effect than the purpose of the drug.

Valium causes more actions on the body than Carisoprodol, and as a result, has more side effects. As a result, it has a higher potential for addiction and abuse.

However, many people consider it to be a more potent drug with longer-lasting results. Since it is also cheaper, it is considered by many to be an ideal alternative.

Lorzone vs. Soma comparison is interesting as the two medications are seemingly very similar. They are both meant for short-term use, restricted in their application with elderly patients, and are considered secondary choices due to their significant side effects. Ultimately, they are apart because Lorzone is significantly more expensive than Carisoprodol, and it is rated much lower by users.

Tramadol and Soma are two very different drugs. Tramadol belongs to the drug class opiate analgesics and is specifically designed to treat pain by acting on the opioid receptors, unlike Carisoprodol, which treats pain by relaxing the muscles. Both medications are effective at treating different types of pain and are considered addictive. However, tramadol has more significant side effects. It means that in the debate of tramadol vs. Carisoprodol, doctors should only select tramadol if it is clear it will treat the condition better than Carisoprodol. Overall, they are of equal effectiveness but on different types of pain, with tramadol being the more affordable choice.

Getting Help With Detox

Drug selection has to be individualized according to the patient’s condition, the treatment goal, overall benefits to side effects ratio, and cost. Anyone who wants to stop Carisoprodol use should do so in a supervised setting. At a drug rehabilitation center, the right detox treatments and guidance are available. Then once detoxed, other treatment options can be used. Soma alternatives can help fulfill the ultimate treatment goal.